Green Book has won the 2019 Academy Award for Best Picture, but we’re just gonna say it: It was not deserving of the honor. A somewhat enjoyable yet problematic and subtextually flawed road-trip buddy comedy that sanitizes racism has taken home the top prize over an expressive masterpiece, a populist power ballad and a psychosexual costume dramedy, and it’s pretty baffling.

When Moonlight won Best Picture in 2017, it felt like a moment of real change. It felt like progress, like a wall had crumbled to make way for the next generation of filmmaking. Get Out may not have nabbed the Oscar last year, but the fact that it was on countless final ballots supported the notion that the Academy, after years of well-deserved criticism, had finally diversified its membership enough to clear a path to the future. Green Book, however, only lurked within the deepest and darkest of our fears—it was not spearheading mainstream ballots and galvanizing the masses. While among the three favorites, it was not considered a serious contender by the vast majority of industry observers. It was actually seen as a cautionary tale by most awards prognostics—a worst-case scenario should multiple unexpected scenarios (like an inexplicable screenplay win) come to pass.

Which is understandable given that it is a white-washed tale of prejudice meant to make its audience feel comfortable with past sins. It devalues its main character to create a story that’s allegedly about heroism and connection; it ignores the truth in favor of mainstream appeal. It’s like at a pivotal moment, the Academy—an organization that prided itself on its recent progress—decided to blink in the face of history.

Tonight’s telecast, which deserves to be the lowest-rated in history, though we’ll have to wait for tomorrow’s numbers to know for sure—feels like a slap in the face to critical thinking, a debasement of genuine film analysis.

This is hard for me to say—for years, I have been a staunch defender of the Academy. When it’s back was against the wall for its reductiveness and short-sightedness, I always pointed to the future with hope and optimism. It was a shining belief in theory, but now I wonder if the system may very well be impervious to change. How can it remain so utterly flawed as new and eclectic members are added every day?

I was a doubter before, but now it’s clear—beyond the shadow of a doubt—that progress is the last thing on the Academy’s mind. What is easy and familiar continues to reign supreme in an outmoded and out-of-touch star-studded ceremony. I’ve lost my optimism and now think the Oscars are not only broken but totally undeserving of our attention. 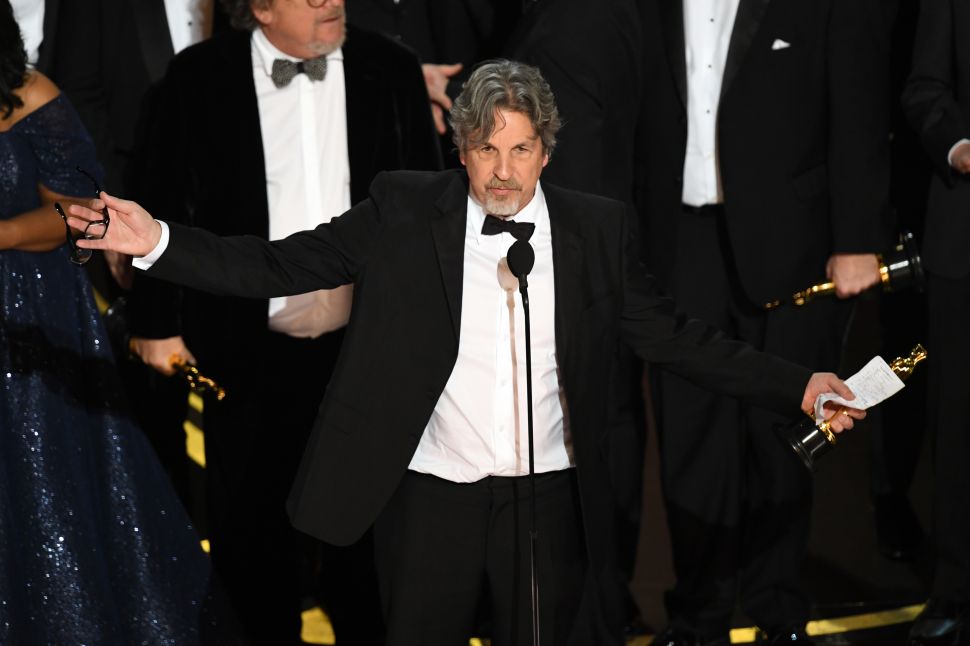