We hate that we absolutely love the Academy Awards. Despite the setbacks and misguided attempts by all parties involved to millennial-proof this year’s ceremony, we’re going to enjoy the broadcast in spite of (OK, because) it’s such a lovable and wonderful mess. No host? No problem, we’ll imagine our own. Controversy and intrigue? We’ve explored the biggest snubs and surprises. Already upset that your favorite film of the year isn’t going to win? Great, add it to the list.

We’re primed and ready for all the ins-and-outs of the 91st Academy Awards and we’re here to relay everything you need to know about it, too.

The easiest way you can tune into the Oscars, which will begin on ABC at 8:00 p.m. EST, online is through ABC’s website via their Watch Live feature. But you will need a log-in and password for a cable or satellite provider to screen anything. If you’re on-the-go and trying to watch it on a mobile platform, ABC has you covered with their ABC App. It’s available for free download on the App Store, Google Play store and Amazon Fire.

Let’s say you don’t have access to cable or satellite log-in information, DirecTV is here to help. DirecTV Now offers a free seven-day trial where you can watch content for up to a week before a paid membership begins.

Nobody! Kevin Hart was going to but stepped down amid controversy surrounding homophobic tweets he made from 2009-2011 that recently resurfaced. In his place, Queen will be opening the ceremony in lieu of the traditional 20-minute monologue or song-and-dance routine.

“If you’re ever heard Queen’s music, I think this will be something that will invite you in in a really great way,” producer Glenn Weiss told USA Today. “The music is so well-known that this to us became a really great way to open the show and not be traditional like a normal awards show and depend on things like a monologue.”

Hey, anything is better than the last host-less Oscars opening number.

The last several months have been particularly rough for the Academy of Motion Picture Arts and Sciences due to a series of ill-advised proposed changes to the telecast. These potential adjustments were all designed to tighten the lengthy telecast in the hopes of reversing the declining ratings of the last few years, which, in the age of streaming, is akin to trying to reverse the flow of a river. The highlights of the loudly shot-down moves include: the introduction of a Best Popular Film award to honor more mainstream blockbusters (reversed), performing just two of the five nominated songs (reversed) and presenting four categories during commercial breaks (reversed).

Admittedly, these proposed changes were pushed onto the AMPAS by the Disney-owned ABC network to help goose the ratings. That’s just one more reason why the Academy should eventually consider cutting loose from ABC and launching a streaming alternative.

Here are all the nominees in the public’s six favorite categories (with our predicted winners in bold):

Yalitza Aparicio (Roma)
Glenn Close (The Wife)
Olivia Colman (The Favourite)
Lady Gaga (A Star Is Born)
Melissa McCarthy (Can You Ever Forgive Me?) 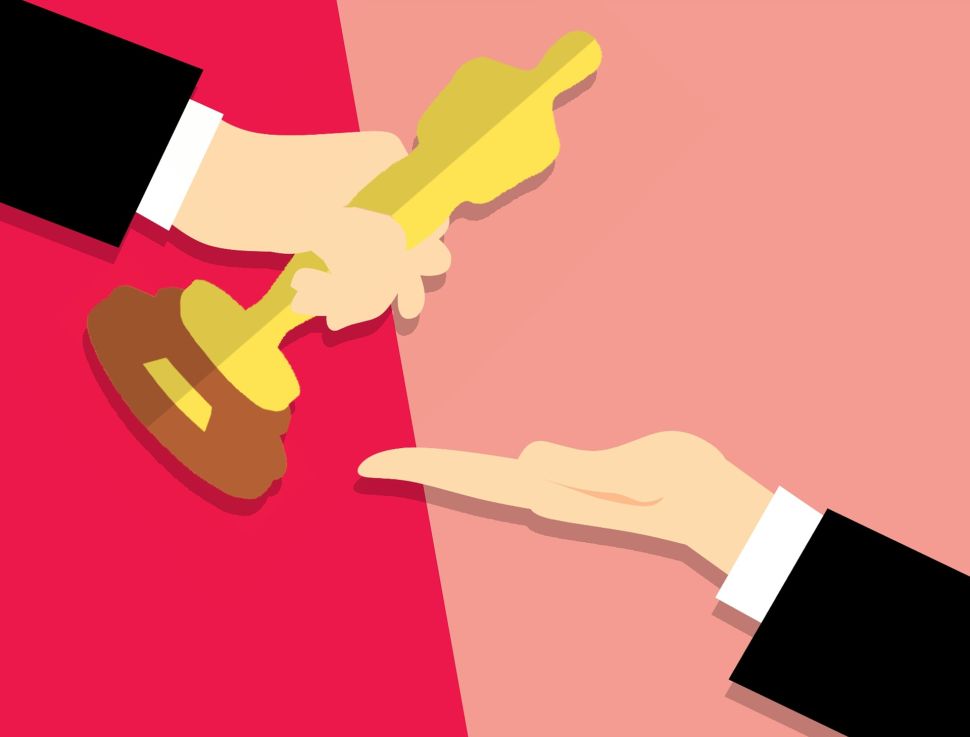