We’ve got a classic case of good news/bad news on our hands when it comes to the television ratings for Sunday night’s 91st Academy Awards. The good news is that the 2019 ceremony is on pace to rebound from last year’s all-time low. The bad news is that the telecast is still looking like the second least-watched Oscars ceremony in history.

After a hilariously misguided lead up to this year’s show that included all manner of pokes and prods to bump viewership, ABC’s telecast posted a 21.6 rating/33 share in metered-market households, which is a 14 percent rise from last year, according to The Hollywood Reporter. That telecast, which prompted Disney executives to schedule an emergency meeting with the Academy of Motion Picture Arts and Sciences, scored a preliminary rating of 18.9/32 en route to an all-time low of 26.54 million viewers and a 6.8 rating in the advertiser-friendly 18 to 49 demographic. Assuming these early ratings stay consistent once the final tally is in, ABC is likely looking at around 28 million viewers this year.

While that would reverse the multi-year ratings vortex the Oscars currently finds itself trapped in, it would still mark a historically small audience. Before last year’s clunker, the least-watched Academy Awards came in 2008 when No Country For Old Men won Best Picture in front of 32 million viewers.

UPDATE: The Oscars sees viewership increase for the first time in five years with a total audience of 29.6 million viewers, a 12 percent hike from last year. While that will come as a relief to both ABC and the Academy, that figure still marks the second-lowest viewership for the ceremony since Nielsen began tracking in 1974.

It was thought that the prevalence of blockbusters among this year’s nominees—Black Panther ($700 million domestic), Bohemian Rhapsody ($213 million) and A Star Is Born ($210 million)—would help attract a wider audience. The Academy’s emphasis on shortening the telecast—which came in at 3 hours and 19 minutes, an improvement over last year’s nearly four-hour slog—was also intended to bring in more viewers. But at the end of the day, no amount of doctoring can reverse an industry-wide trend that has less to do with the show itself and more with our overall viewing habits.

The Golden Globes, Emmy Awards and Grammy Awards have all seen shrinking ratings in recent years as well. Live programming just isn’t as strong of a draw as it used to be. When the Super Bowl is posting its lowest ratings in a decade, what hope does the rest of TV really have?

We’ll update you once the final ratings numbers come in. 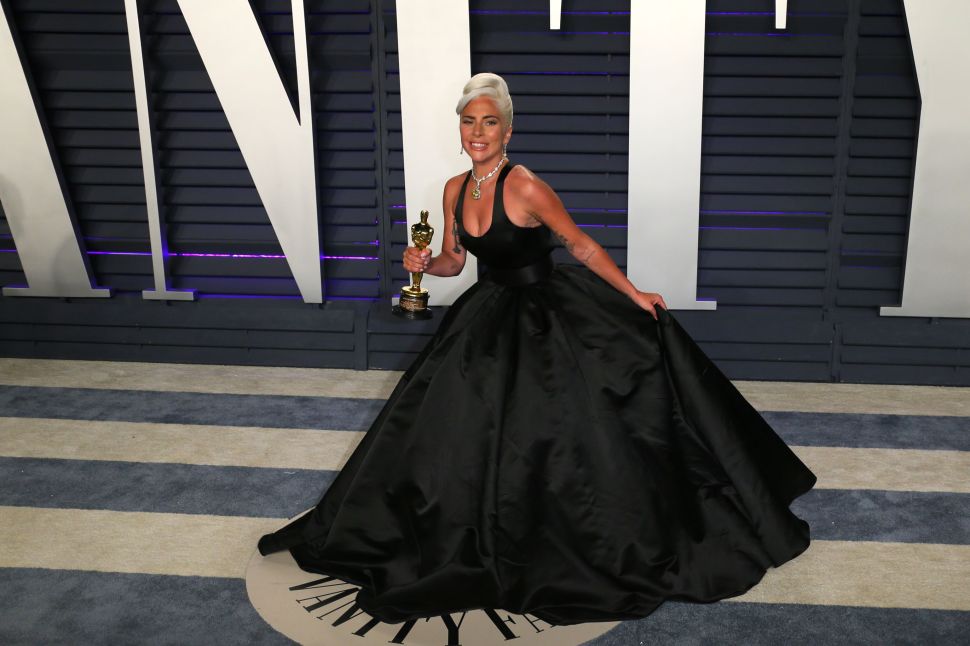