Much speculation surrounding the quickly-approaching inaugural edition of Frieze Art Fair in Los Angeles has been about how the fair is dead on arrival. The other hugely successful editions of Frieze, after all, take place in the world’s major finance capitals—that these cities also contain the world’s leading art markets is not coincidental. Compared to London and New York, L.A.’s collector base is relatively small and its art market too young for a fair of that scale to succeed, but recent years have also seen a huge flock of artists and galleries to la la land. Frieze’s Los Angeles arrival at Paramount Pictures Studios on February 14 promises to bring fresh attention to a city with a rapidly growing art market and, possibly, the opportunity to recast the city’s contentious role within the art world.

In L.A., the fair once again launches its offshoot Frieze Projects, the independently curated platform that has brought bold artist interventions to Frieze London and New York since the emergence of the fair in 2003. For this iteration, former Hammer Museum curator Ali Subotnick seeks to expand the traditional fair format and capitalize on the unconventional cinematic setting of Frieze L.A. at Paramount’s studios. Beginning on February 14, a range of local and international artists (all of whom “live, work, or have histories with the city,” Subotnick said in the press release) will present a series of site-specific works in the New York Street backlot of the Hollywood studio.

“Frieze Los Angeles celebrates the incredible and thriving arts landscape in L.A.,” Bettina Korek, Executive Director of Frieze Los Angeles, said in a statement. “Frieze Projects asks artists to respond to the Paramount urban street backlot, a stand-in for a real city and a symbol of Los Angeles’ distinct and vast creative ecosystem.”

Indeed, artists will have to grapple with the interplay of art and Hollywood, of artifice and reality, in an environment presented as authentic countless times on film. With much talk of how the Los Angeles edition of Frieze will pale in comparison to its New York and London counterparts, the series of artist interventions in an artificial New York City within L.A. feels like a conscious play on the idea that Los Angeles will forever be the land of make believe, never to rival New York as one of the world’s art powerhouses.

From Lisa Anne Auerbach’s one-on-one counseling sessions about collecting and creativity with a “psychic art advisor” inside a brownstone, to Kori Newkirk’s antennae sculptures traveling the backlot like tumbleweeds, the project sees the entire New York backlot transformed into a disorienting art experience exploring themes of urbanity, movie-making and—in the case of Tino Sehgal’s This Is Competition performance piece where two gallerists compete to sell his work on the faux Upper East Side—the theatricality of the art market.

“The projects for Frieze Los Angeles demonstrate Frieze’s consistent commitment to supporting artists and providing a platform for less commercial projects within the art fair context,” Subotnick told Observer. “I always love seeing how artists respond to unconventional sites and untraditional contexts, and each artist in this program engages with the space in a distinct manner.”

Other outdoor sculptures around the backlot include Shahryar Nashat’s Mother on Wheels (Oro Grigio), a matriarchal reimagining of the pedestals he encountered at New York’s Frick Collection, and Trulee Hall’s serpent-like creature infesting SoHo’s wrought-iron façade.

The sheer scale of the project and the list of participating artists is unlike anything Frieze Projects has done in recent years, possibly in large part because of Los Angeles’s particular cultural landscape. Whether the fair will legitimize the city’s are scene and expand its collector base or fall prey to the same fate as other L.A. fairs that have fizzled and died recently (FIAC Los Angeles, Paris Photo Los Angeles, Paramount Ranch) is yet to be determined. 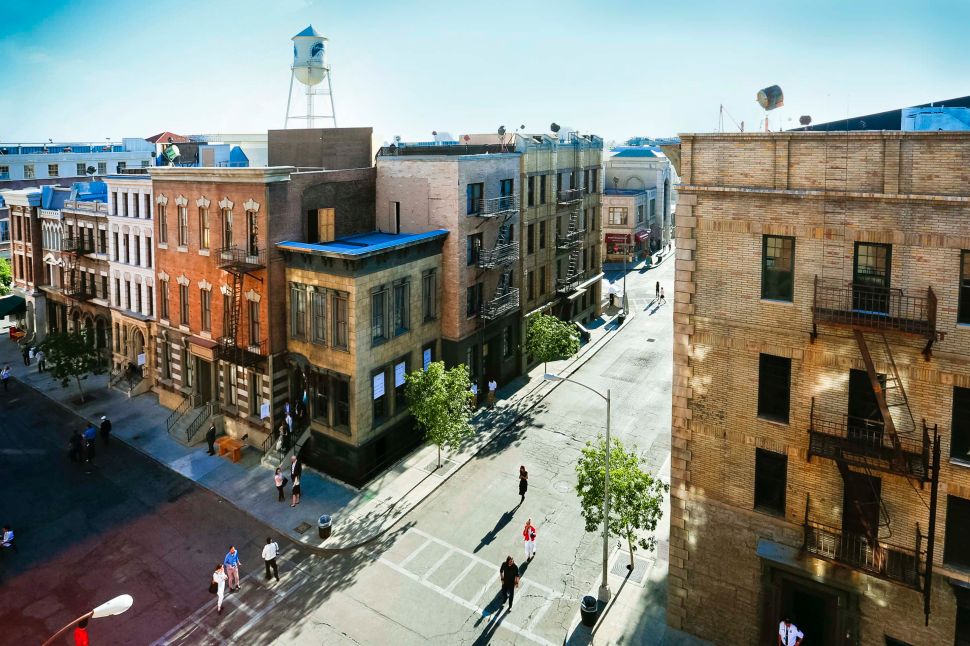