Priyanka Chopra and Nick Jonas are still in full-on honeymoon mode. The couple married in a multi-day ceremony in an Indian palace last year and have continued their celebrations into the new year. They just enjoyed a wedding reception at Jonas’ parents’ restaurant in Belmont, N.C., and have showed no signs of slowing down or staying put anytime soon.

Case in point: The duo are currently away in Mammoth Lakes, Calif., hanging with Joe Jonas and Game of Thrones actress Sophie Turner, as well as Chopra’s mom and Glee actor Chord Overstreet, among a few others.

Super Bowl Sunday ready with a Coors Light tower and built in chairs.

The group went all out for Super Bowl Sunday, making chairs out of snow and embracing their creative sides by painting Super Bowl LIII in it. They also constructed a homemade beer tower to keep their Coors Light from getting warm (though we can’t imagine there wasn’t a cooler present).

And because this was all about #sports, Nick and Overstreet engaged in some impressive feats of athleticism, tossing beers to each other and tumbling into the glistening white heaps.

In honor of Super Bowl Sunday… No beer left behind. Thanks for the good toss @chordoverstreet #superbowl

Aside from the beer football, the trip looked cozy and winter chic, as evidenced by their lodging, which flaunts a stone-framed fireplace. It seems Joe Jonas and Sophie Turner were the true Instagram MVPs, though, as JoBro’s video of his fiancée leaping and falling into the snow proves.

This is just Nick and Priyanka’s latest jaunt since they tied the knot. They went on a mini honeymoon to Oman shortly after their wedding, took a proper honeymoon in the Caribbean and then headed to the Swiss Alps to ring in the new year. If this Mammoth Lakes trip was just for the big game, we can only imagine what kind of over-the-top Valentine’s Day getaway they’re planning. 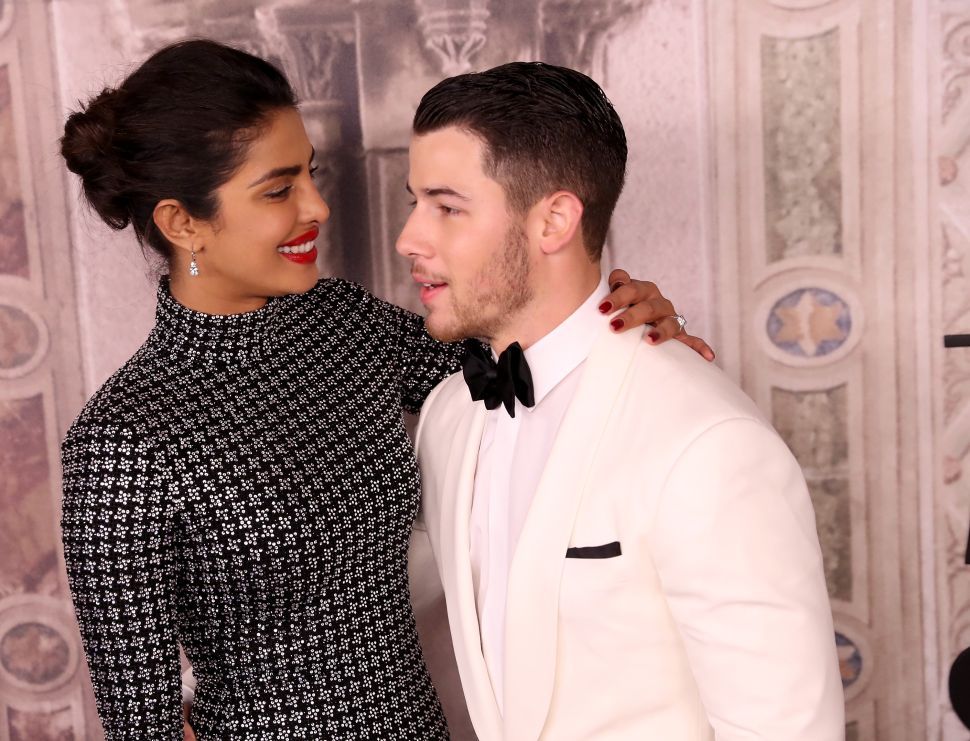