His latest film, Don’t Worry, He Won’t Get Far on Foot, tells the true story of cartoonist John Callahan (Joaquin Phoenix), whose struggle with alcoholism landed him in a wheelchair, leaving him unable to walk or get much use out of his hands. Amazon Studios released it last summer after it premiered at Sundance, and now, after a limited theatrical run, it’s hitting Prime Video, where it will presumably reach a much wider audience.

This is new terrain for Van Sant. With studios churning out superhero franchises and shared universes, and streaming platforms starting to buy up smaller, more intimate movies, it’s a very different industry than it was when Don’t Worry was first conceived some 20 years ago.

But Van Sant is nothing if not adaptable. The director recently chatted with Observer about how Amazon, Netflix and other streamers are changing the prospects of films like his and the state of queer cinema.

A lot of your films have been biographical films, in one way or another. What appeals to you about making movies about real people’s lives?
Well, in Drugstore Cowboy, for instance, they were real people, but it’s a fictional story. They were people the writer of the novel [James Fogle] had lived with that he wrote about. Idaho was based on people I’d met. Mala Noche was like an autobiography except its writer, Walt Curtis, was a poet—he didn’t usually write prose. But that was autobiographical. Meanwhile, Keanu Reeves’ character in My Own Private Idaho came from Shakespeare. [Laughs.] But it was maybe Shakespeare using a prince he knew about that had also lived as a robber and a drinker before he assumed the throne.

Don’t Worry, He Won’t Get Far on Foot was released by Amazon Studios this summer, and now it’s premiering on Prime Video. How have streaming services affected you as a filmmaker?
This is the first film I’ve done for this type of format. It is different. I think Netflix and Amazon, both of them have a very, very small interest in theatrical releases. In the case of Roma, they’re really trying to win an Academy Award. It isn’t a typical movie. It didn’t have a wide release. Their business model is not interested in theaters. It’s all about streaming. It has changed content in a sense, because I think the content can be almost anything. If you go to Paramount Pictures and don’t have an action movie, they probably won’t do it. The only thing left in the theatrical industry, which is crumbling, are the giant action movies that cost, like, $300 million to make.

Has that changed the types of projects that come your way and the kind of things you would consider working on?
Yeah, it has. Because it seems like when you’re thinking of a project, you now more than ever think of it as something that can play over 10 hours. You used to maybe play with that idea for an HBO series or something like that. But now it’s like the only option is a series. We went to Netflix with a film that I thought was a pretty good idea, and we had a big star attached to it. And they just said no. And I thought, Wow, what did we not have? Then I thought, Oh, we have a two-hour film. They’re going to spend a lot and only get two hours. But if it was a series, maybe that would be more interesting to them.

Now Netflix has this new division, which they’re publicizing a lot, where they’re making these big expensive movies with filmmakers. And they’re not streaming projects—they’re not series. They’re films. Roma is one of them. Roma, however, was a very inexpensive movie. It wasn’t the same as a $200 million Martin Scorsese production.

So are you more interested in long-form, episodic storytelling now?
I was involved with Boss, which was a Starz project that had two seasons, so I have done something that resembles that. And I’ve done a pilot for another piece at HBO. But, yeah, generally I’ve only done films. But with the films, in each case they could have been longer stories. They just never were.

The Don’t Worry character Donnie, John Callahan’s AA sponsor, is gay, and he’s played by Jonah Hill. So many prominent gay roles go to straight actors, while gay actors still struggle to come out publicly because they worry it will affect their ability to land any roles at all. Do you take that imbalance into consideration when casting a role?
That’s a good question. Now there are a lot more gay actors to choose from that you could cast in gay roles. I guess for Donnie, I think we were just trying to find someone that Joaquin would work well with. It did cross my mind that I wasn’t casting a gay actor in that role. But there’s a lot more gay subject matter nowadays. There’s more opportunity for gay actors than there has been.

You’re one of the important filmmakers of the New Queer Cinema movement of the early ’90s. What’s your view of the current state of queer filmmaking?
Well, it has kind of become part of mainstream filmmaking, which is great—at least from my point of view. It seems like a lot of the stories the new platforms are interested in are offering more opportunities for gay subjects. I see a lot of gay films available on Netflix—maybe because my streaming style attracts them. 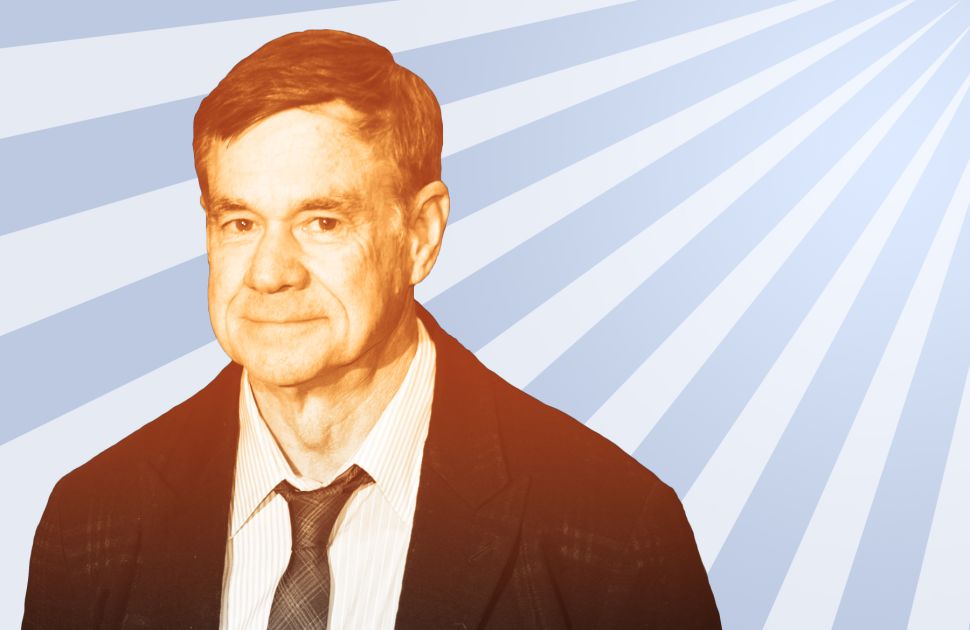