Ray Dalio, founder and co-chief investment officer of the world’s largest hedge fund firm Bridgewater Associates, is one of the few prophets who saw the 2008 Financial Crisis coming. Lately, he has devoted a fair amount of brain power on predicting the next recession. Earlier this year, he told an audience at the Harvard Kennedy School’s Institute of Politics that there could be a 70 percent chance of an economic recession hitting before the 2020 presidential election.

But he has revised that ominous probability since then. In a LinkedIn post published Wednesday evening, Dalio said he’d lowered his odds of a recession by 2020 to 35 percent.

The reason is the Federal Reserve’s loosening stance on monetary policy as signs of a U.S. economic slowdown started to show. “Because the markets weakened and Fed officials now see that the economy and inflation are weak, there has been a shift to an easier stance by the Fed,” Dalio explained.

Central banks of other countries have noticed a similar trend as well, he added, although they probably won’t have as much room as the Fed to hedge the risk of a full-flown financial crisis.

“For these reasons, while I still expect that there will be a significant slowing of growth in the U.S. and most other countries,” Dalio wrote. “I have lowered my odds of a U.S. recession coming prior to the U.S. presidential election to about 35 percent.”

Last month, Fed chairman Jerome Powell said the central bank would “be patient” as it weighs future interest rate hikes in light of low inflation and a volatile stock market. Before that, the Fed had raised interest rates four times in 2018 to a benchmark range of 2.25 percent to 2.5 percent, the highest level since 2008.

“The Fed now has both a) the power to lower interest rates by 2+ percent and to pick up QE [quantitative easing] and b) the willingness to do that if needed to prevent a recession,” Dalio evaluated. “The ECB [European Central Bank] and the BoJ [Bank of Japan] both have much less room to ease. For these reasons I still remain worried about economic weakness coming at the same time as central banks’ powers to reverse it are limited (especially in Europe and Japan), domestic and international conflicts are great, and there will be elections in a number of countries.”

Dalio also attached several charts devised from Bridgewater’s analysis showing the direction of economic growth and inflation in major economies, including the U.S., China, Japan and the European Union.

In summary, Bridgewater predicts that global economic growth rates will gradually fall below two percent annually before 2020, while inflation will rise at a steady pace. (Real GDP in the U.S. grew 2.9 percent in 2018, but the fourth-quarter figures signalize a downward trend, this week’s official numbers show.)

Here’s a breakdown of what Dalio said about the economic outlook in every major market:

The US: “While the Fed probably doesn’t have enough firepower to offset a deep recession, the big sag that we expect is probably manageable.”

Europe: “Chronic slow growth is most likely and worse is possible.”

China: “We are seeing the growth sag and the government responding with increased fiscal and monetary stimulation, though not yet enough to return to normal growth.”

Japan: “We also see low growth and low inflation with slightly more room to do QE and better yield curve controls than Europe has (though the marginal effects of these will be limited).”

Emerging countries: “We are generally also seeing weaker growth and inflation and the increased ability to ease monetary policy, but not yet enough easing to cause recoveries to desired levels.” 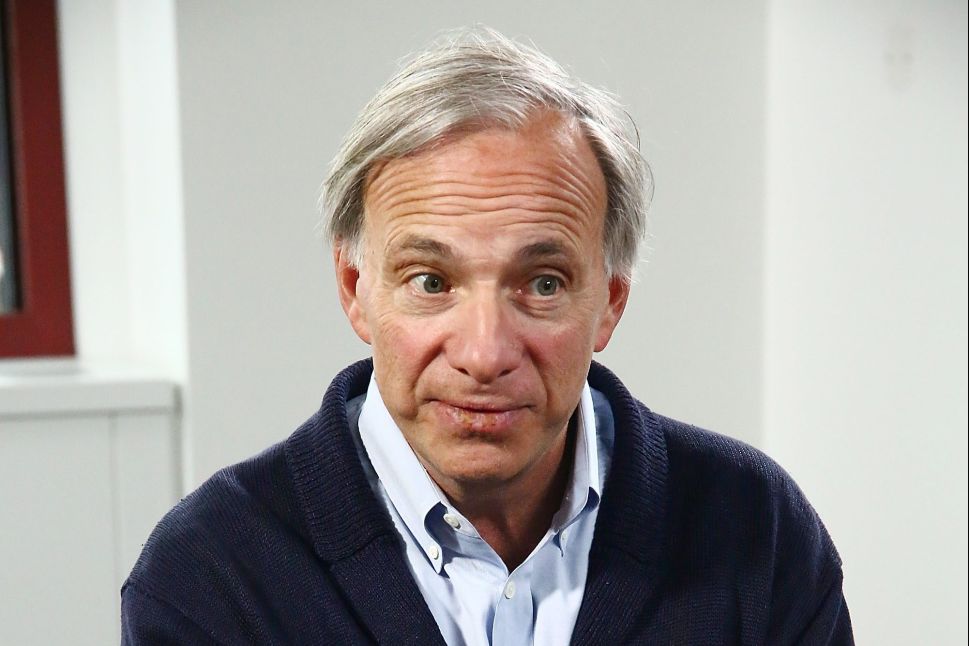