U.S. Ambassador to Germany Richard Grenell is leading the Trump administration’s initiative to end the criminalization of homosexuality across the globe, U.S. officials have confirmed to NBC News.

Grenell—himself an openly gay man—will host a strategy dinner on Tuesday evening in Berlin alongside leading European LGBTQ activists, which will include discussions of a multi-phase approach to eradicating punishment for homosexuality in Middle East, African and Caribbean countries.

“It is concerning that, in the 21st century, some 70 countries continue to have laws that criminalize LGBT status or conduct,” a U.S. official involved in the event told NBC.

The strategy is likely to involve outreach with the United Nations, the European Union and the Organization for Security and Cooperation in Europe.

Grenell, who previously served as a U.S. spokesperson at the United Nations, saw his political capital grow following Nikki Haley’s departure from the Trump administration. With a reputation for fierceness toward Iran, Grenell seemed like a natural favorite to succeed Haley, especially given his friendship with Donald Trump Jr. The nomination instead went to former Fox and Friends host and State Department spokesperson Heather Nauert, though over the weekend she withdraw her name from consideration. A source close to the Trump family described Grenell as a “family favorite” for the U.N. position to The Washington Examiner.

While the White House has been criticized by LGBTQ organizations for policies seen as harmful to gay communities, Grenell’s global effort may bring about long-lasting change on the issue.

“While a student at Evangel University, a Christian liberal arts college in Missouri, I was taught by biblical scholars that all truth is God’s truth, no matter where it is found. The truth for LGBT people is that we were born gay,” Grenell wrote in an op-ed for Bild earlier this year. “People can disagree philosophically about homosexuality, but no person should ever be subject to criminal penalties because they are gay.” 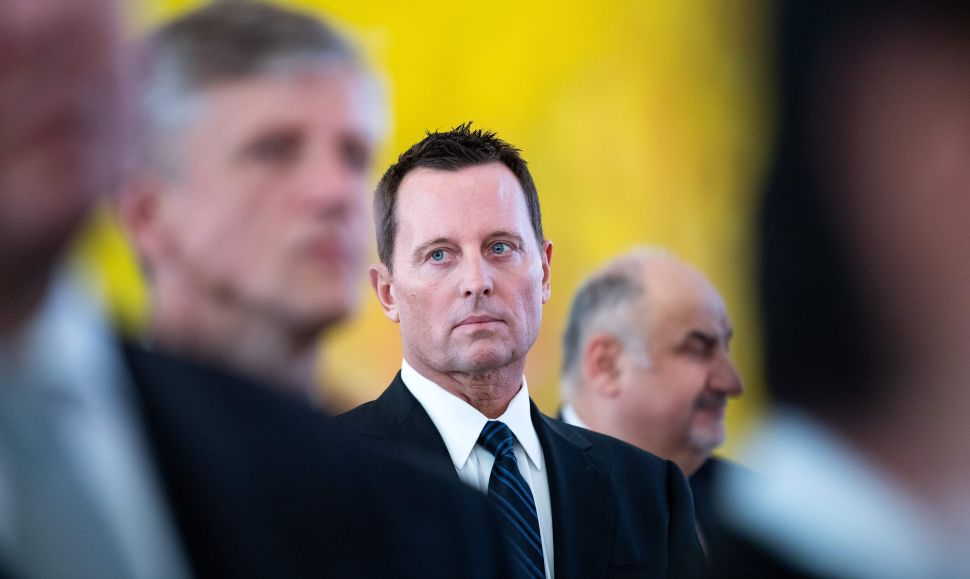