“They have a right to jump in and lose,” said the RNC chair when asked about the likelihood of a challenge from Maryland Governor Larry Hogan or former Ohio Governor John Kasich.

Citing a poll that estimates Trump’s approval rate at 93 percent with Republicans, McDaniel touted the president’s policies, his support for military forces and his success in appointing Justices Brett Kavanaugh and Neil Gorsuch to the Supreme Court.

“What would any Republican think by going against that? Go ahead, waste your money and lose,” said the RNC chair on Thursday.

After lamenting the “debilitating politics” of Washington and raising the possibility of impeachment during an address last month, Hogan further stoked 2020 speculation by scheduling a trip to Iowa. Kasich, meanwhile, has already started fundraising.

“Any potential challenger should understand that the Trump campaign is better organized than any campaign in history, especially with the support of the Republican Party, which is firmly behind the president,” Chris Carr, the Trump 2020 political director, told POLITICO last month.

“My husband said, ‘if Joe Biden were a superhero he’d be gaffe man,'” said the RNC chair. “Joe Biden, go ahead and run; run on your record of stagnant wages, of jobs leaving this country… of bad trade deals, of bad foreign policies.” 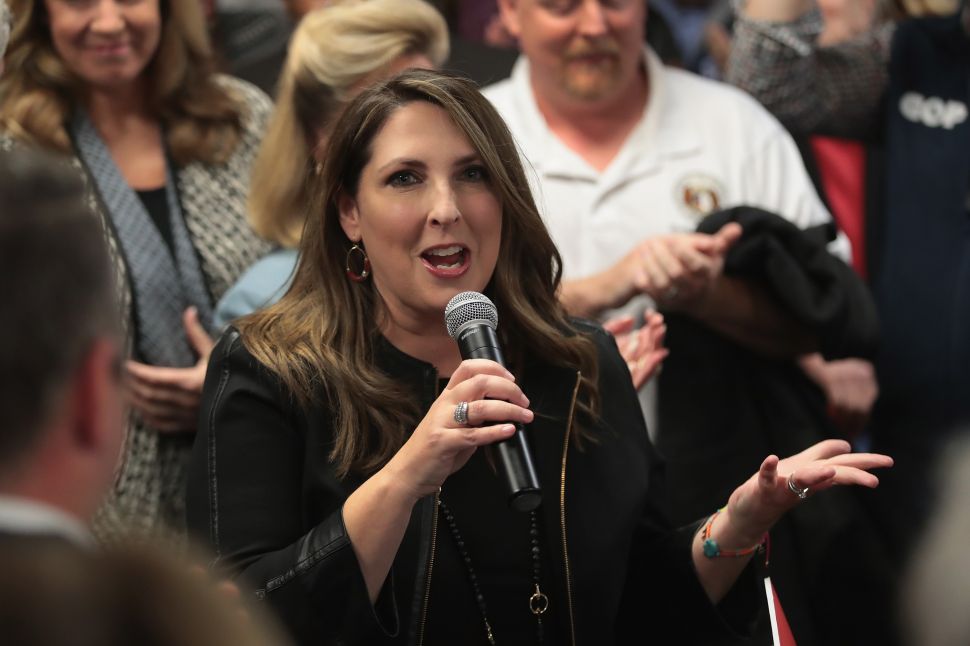