As ride-sharing companies led by Uber and Lyft gradually move from the unicorn club on to the IPO phase, Silicon Valley’s private investors are now eyeing the next generation of urban transportation: scooters. (The trend will certainly make Ashton Kutcher very happy.)

On Wednesday, the frontrunner of the pack, electric scooter startup Lime, announced a huge series D funding round of $310 million led by Andreessen Horowitz, Bain Capital Ventures, Fidelity Investments, GV and IVP. The fresh capital infusion pushed the startup’s valuation from the previous round’s $1.1 billion to a whopping $2.4 billion.

The speed at which the scooter-sharing sector is growing is stunning, even to its insiders. Per Lime’s own reporting, it currently has 10 million users who make 34 million trips a year, up 5.5 times from just seven months ago. About 40 percent of the trips take place from or to a public transit station, or the so-called “last-mile transportation.”

“It is the fastest consumer adoption of any technology I’ve ever seen,” Sarah Smith, a partner at Bain Capital who co-led the $310 million round, said in a recent interview with Fortune magazine.

Transportation startups don’t quite fit Bain’s typical bill (Bain is best known for investing in software and health care sectors), but Smith said she pulled the trigger on Lime regardless after seeing the industry’s potential and Lime’s leadership position in it.

“We did a deep dive into the industry, and met nearly every player in the micro-mobility space in a matter of several weeks,” she told Fortune. “It became obvious to us that Lime was the clear winner for us from an investing standpoint.”

Besides Lime’s already massive scale (it’s available in over 100 U.S. cities and 27 international cities), “we also felt really good about how they were managing their supply chain and their pace of development and hardware improvements. And the executive team is just really robust and world-class,” Smith explained.

However, like in ride-sharing’s early days, scooter-sharing’s biggest uncertainty moving forward will be regulation. For instance, there is an ongoing debate over whether cities need to build new infrastructure to support scooters. And in cities where scooters are already roaming the streets, like San Francisco, regulators have been experimenting with various types of permit rules, such as granting a small number of permits to select vendors, to limit the total number of scooters on the road.

On this challenge, Smith’s rational expectation is what she called a “dynamic capping” system, where regulators set a maximum number of scooters for each vendor depending on its user level within a certain period of time.

“I think we’re going to be in a much more streamlined, multi-modal world,” she said of the future of urban transportation. “I think we will be able to have apps and services that stitch together to get you from Point A to Point B in the fastest, most fuel-efficient, environmentally-friendly way possible.” 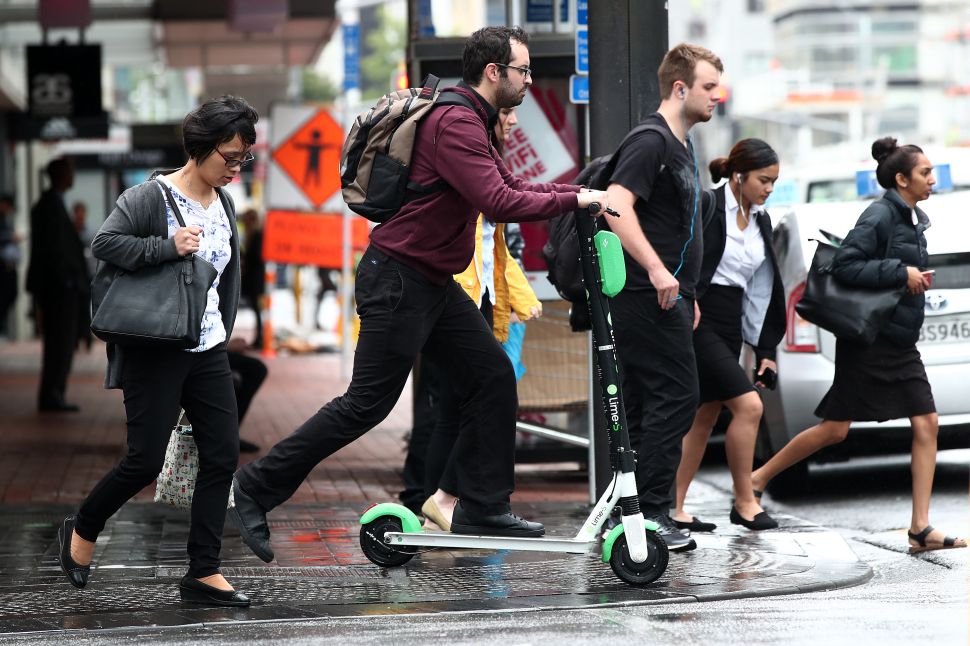