On Wednesday, the Japanese investment powerhouse announced that it had closed a $200 million financing round with a Los Angeles-based startup called Clutter, whose line of business is all too familiar to us urban dwellers: moving and self-storage.

Clutter was founded in 2013 by serial startup founders Ari Mir and Brian Thomas. Its service is centered around a mobile app that allows customers to book Clutter staff to take care of packing, moving, storing and later returning their possessions—all with one click.

“Before Clutter, the storage customer experience had been largely unchanged since the first self-storage facility opened in the 1960s. To store their stuff, consumers’ only option was to bear the burden of moving their items in and out of storage themselves,” Mir, Clutter’s co-founder and CEO, said in a statement on Wednesday.

Moving and self-storage is a lucrative business that has yet to see Uber-level disruption by Silicon Valley startups. Per Clutter’s own estimate, one in 10 U.S. households use self-storage services and collectively spend $38 billion in this category annually.

Clutter’s vision is to make moving and storage as simple as all of the other on-demand services on the market right now. “If people don’t want to leave the house to pick up Chinese food, why would they want to spend their Saturday renting a truck and lugging their stuff to storage?” Mir said. “At the end of the day, consumers want more time back—and that’s where Clutter comes in.”

“We believe that storage is a vast and traditional market with huge potential for disruption, and Clutter’s technology and superior customer proposition will help facilitate future growth in expanding urban communities where space is at a premium,” Justin Wilson, an investment partner at the Vision Fund, said in a statement.

SoftBank’s financing round will value the five-year-old startup at a whopping $500 million, per TechCrunch’s analysis. And the Vision Fund’s Wilson will join the company’s board of directors. He sits on the board of several other SoftBank-backed consumer-oriented startups, too, including Brandless, Compass, India’s OYO Rooms and InMobi. 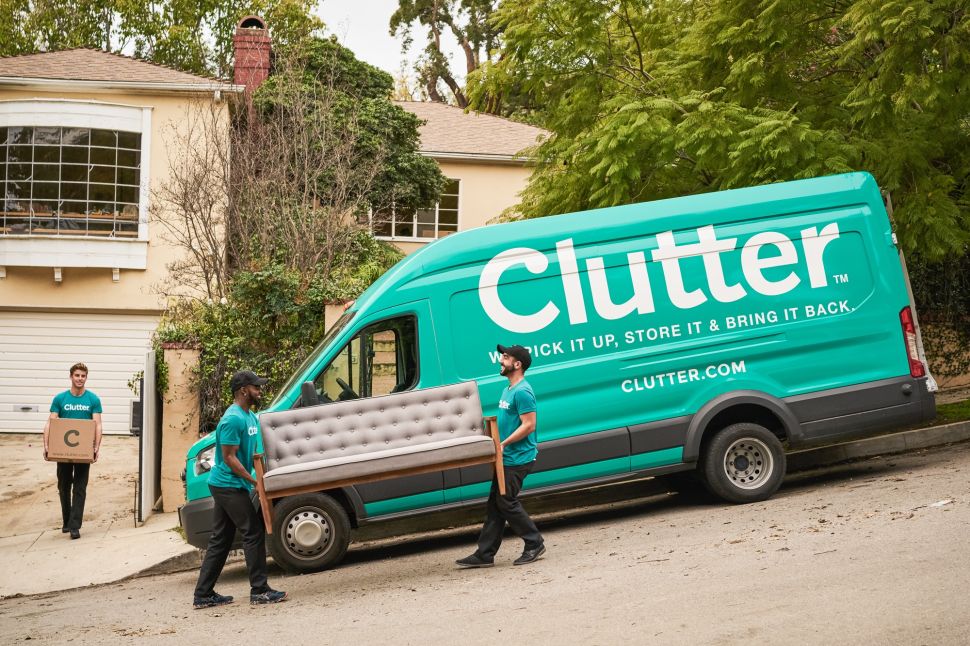