Celebrity-adjacent scams often seem impossible to pull off, but therein lies the savviness of the deception. In the latest such scam, someone close to Kanye West leveraged their relationship to trick designer Philipp Plein, who’s staging a “Billionaire”-themed show featuring a three-course meal for New York Fashion Week on Monday, into believing he’d booked the rapper for a headlining performance for his event, report sources communicating with TMZ.

Allegedly passing himself off as West’s manager, the as-yet-unnamed scammer ultimately perusaded Plein to wire him a whopping $900,000 in advance to ensure that West would perform, and solidified the fraud by forging the rapper’s signature on a contract.

Of course, poor Plein is now out almost $1,000,000 dollars for having paid for a service the artist behind My Beautiful Dark Twisted Fantasy was never going to deliver in the first place, which goes to show that you should always triple-check before making under-the-table deals with supposed associates of the astronomically famous.

Audacious rip-offs like this often seem to inspire a bit of schadenfreude within the public, perhaps because people find it darkly amusing when powerful people are duped. But in this case, you sort of have to feel for Plein, a designer who self-identifies as an underdog in the status-obsessed fashion community.

“Believe me, the fashion world was against us from the start,” Plein told British GQ in 2018, when the magazine named his company Brand of the Year. “I have experienced all of it before.”

Indeed, earlier in the interview with GQ, Plein told contributing fashion editor Nick Carvell about an incident at the designer’s store on New Bond Street in London in which the shop was burglarized by assailants who damaged the premises and made away with a considerable amount of company stock. Rather than getting riled up about the violation of his property, Plein used the incident to illustrate his resilience.

Fashion designers in particular are maestros at weaving calamity into sartorial gold, so once Plein gets his money back (or maybe even before), he has ample opportunity to spin this embarrassing episode to his advantage. Give it a year, and maybe we’ll see Kanye actually walking the Philipp Plein runway. 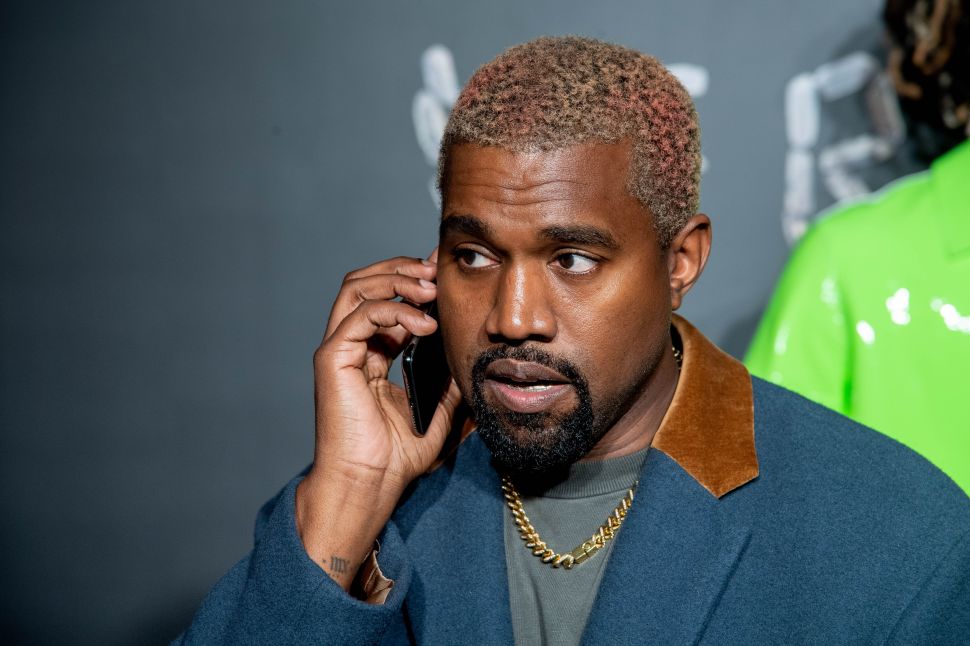