The Democrats made an interesting choice for their party’s biggest stage, the first response to President Donald Trump’s State of the Union address of the 2020 campaign. But who is Georgia’s Stacey Abrams? Is she the progressive firebrand from a faction that’s sweeping the Democratic Party, or is she the next Barack Obama, a coy centrist who is capable of merging the party’s liberal and moderate wings?

The analysis of Abrams comes not from an academic distance or through combing correspondent reports. It comes from a personal meeting, where the location said almost as much as what she had to say to the crowd, and provides a lot of insight about her political future and the future of the party.

A Critical Speech in the Former Heart of Klan Territory

LaGrange, Georgia is an exurb, an hour’s drive to Atlanta, but it may has well have been 200+ miles from the state capitol in years past. It’s a traditionally conservative area, so Democrats would avoid it, and Republicans often took the place for granted. The last president to visit the area while in office was John F. Kennedy, while the last presidential candidate to campaign here was Pat Buchanan in the 1990s.

But Abrams was undaunted. She scheduled a major campaign rally there, right in the downtown square, the same grounds that the Ku Klux Klan would dress in their white robes and seek recruits just a few decades ago. Sure, today it’s a different place, far more diverse and welcoming, a center of what’s known as racial trust-building, a location featured in a Super Bowl ad about the local Kia Plant that moved in more than a decade ago. But for some outsiders, all they see is the Confederate and KKK moments in the region’s history.

I met Abrams at a local restaurant, famous for refusing to serve blacks anywhere but the back door, and even that was probably seen as progressive back then. She was chatting with a local Republican politician.

I shook her hand, thanked her for coming and pressed her to rethink some of her education policy, not forgetting the vital role religious-based private colleges play for students, especially for many students who cannot afford college. It directly challenged her higher education policy. And although she had a growing throng of adoring fans lining up, she let me have my say and gave it some serious thought, rather than a vague promise or an answer that contradicted my statement. That’s a very different response than what I get from most politicians.

Abrams’ speech began with her own story of facing racism while an honor’s student, being blocked from attending a key education event in the state because of assumptions about her race from the security guard. It was clear that she was a Democrat from her speech, but she received strong marks from minorities and whites, as well as some of the conservative students I brought to the event (and for the record, I brought students to see her rival, Brian Kemp, give his speech an hour away, as well).

Abrams didn’t just win over many whites in LaGrange, Georgia. The trend carried over to the state. In the Democratic primary, she bested another woman, a fellow state legislator who staked out a more centrist position. In a poll, she actually performed slightly better among whites than the 2014 Democratic gubernatorial nominee, Jason Carter, during the fall campaign. And if that last name sounds familiar, he is the grandson of former President Jimmy Carter, who still preaches and builds homes in Southwest Georgia.

And Abrams didn‘t just beat Carter in the polls. She did it on election night 2018, coming within an eyelash of forcing a runoff for the gubernatorial race. Carter did the best job he could, as he faced a popular incumbent, always a challenge. But Abrams’ bid to be the first African-American, and woman, to become Georgia’s governor not only exceeded all but the most optimistic expectations. The surge in Democratic voting may well have cost the GOP a suburban congressional district, and almost a second one back in November. Critics could blame Trump, but he’s still popular in the state as he went all out for Kemp in the fall contest. In fact, without Trump’s aggressive support, who knows what might have happened that night in the governor’s race.

How did Abrams do so well among whites, whose support for even white Democrats can often be tepid, as evidenced by party losses for the governor’s mansion in 2002, 2006, 2010 and 2014? The answers come from her campaign appearance in LaGrange. In all but 2014, the Democrats ignored the region (Carter spoke outside the local Chamber of Commerce), preferring Atlanta and other areas with more minority support. But in the critical days before the election, there she was, in GOP territory, with a very mixed-race audience.

Abrams’ policies were another reason for her electoral success and elevation to national party superstar status. Her focus on rural broadband showed a focus beyond Atlanta and the urban areas. Her push for health care was a race-neutral policy. Even a heavy emphasis on voting rights was not restricted to only the expansion of the black vote, but an attack on voter purges that can affect more than just disenfranchising African-Americans seeking to cast a ballot.

Will Abrams Take the Next Step?

Are we seeing a politician that can successful transcend race, like Barack Obama, or a candidate whose appeal barely moves from the base, like the Rev. Jesse Jackson. That depends a lot on what goes into her SOTU response. An effective speech can catapult a figure into a race for higher office, like Gerald Ford, Bill Clinton and even Paul Ryan. Similarly, a “just OK” speech, like Rep. Joseph Kennedy III’s mediocre performance last year, (think: a Maroon 5 Super Bowl Halftime Show), won’t put a candidate on the short-list for the 2020 election. Marco Rubio, Bobby Jindal, Tim Kaine and Tom Daschle can sympathize.

Abrams will have to deliver a speech similar to the one at LaGrange, Georgia. Whereas pundits will claim you have to appeal either to your base, or moderates, but not both, Abrams showed that you can do just that. One need not be a Richard Nixon, switching from one ideology to another depending on the election. Showing a passion for an issue that goes beyond the concerns of one race, but those that affect all Americans, will be the key to a future campaign for the U.S. Senate in 2020, and possibly the party’s standard-bearer in 2024 or 2028.

So is Abrams to be the darling of the progressives, or a future fixture who can unite the Democratic Party’s liberal and moderate wings? We’ll know after the SOTU response. 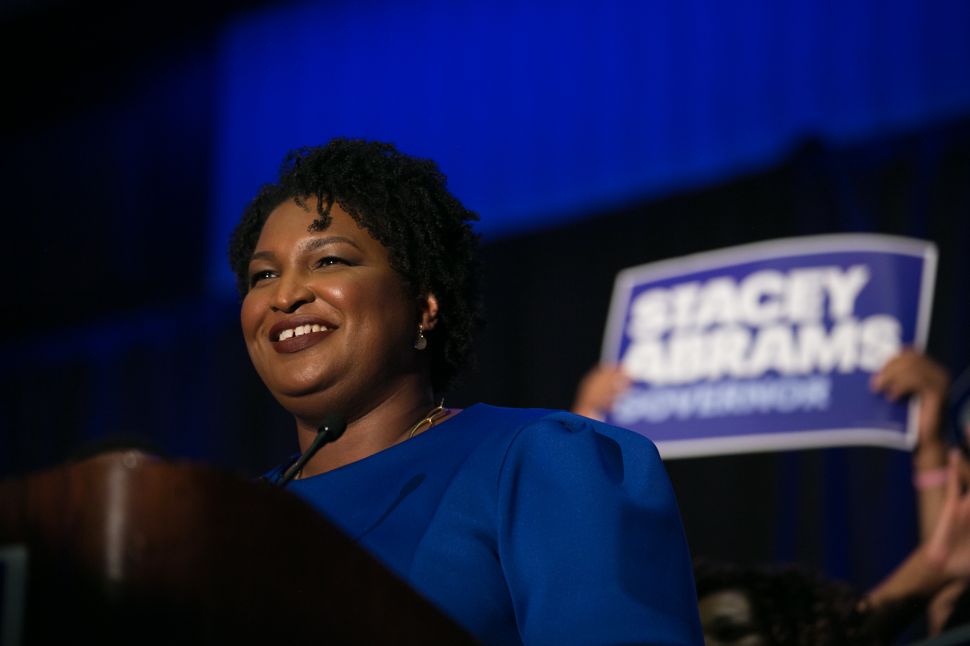