Stephanie Clifford (AKA Stormy Daniels) is joining forces with Big Tech to fight against legislation backed by organized labor.

In an op-ed for The Los Angeles Times, Clifford came out against a California bill which aims to force many companies to recognize independent contractors as full-time employees, and subsequently provide benefits.

“Sadly, independent contractor status for exotic dancers in California is now threatened,” wrote the adult film actress. “At first glance, one might think that being an employee is inherently preferable to being an independent contractor. After all, who doesn’t want health insurance and worker’s comp coverage?”

Clifford  invoked her own experience working in strip clubs, saying that “as independent contractors, we can perform when, where, how and for whom we want.”

“If we are classified as employees, club managers would be empowered to dictate those conditions,” she continued.

Despite Clifford’s reputation as a face of the #resistance, her opposition to the bill has angered Democratic lawmakers in California—especially given her role as a spokesperson for Déjà Vu, a company which owns a chain of strip clubs across the United States.

Déjà Vu has been accused of violating wage laws and is currently involved in a lawsuit with former dancers.

Like the California strip club empire, tech companies are also lukewarm to the legislation.

“We really have to think about benefits for temporary workers where the benefits are mobile and you get the benefits regardless of if you’re moving from job to job,” Uber CEO Dara Khosrowshahi said in September, according to The San Fransisco Chronicle. 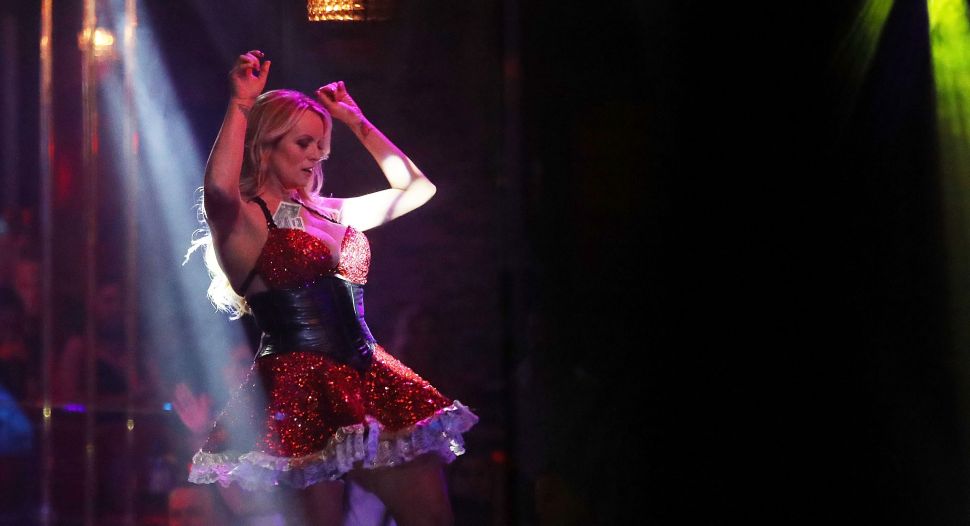