So much for the speculation that streaming services might sit out the Sundance Film Festival this year. Turns out, both Netflix and Amazon made a bevy of swirling deals to bring new films to their respective platforms. Apparently, the arms race for content is a never-ending battle between checkbooks. But streaming services weren’t the only companies that doled out serious money for attractive new projects—more than 25 films were purchased this year. Some will graduate to become critically acclaimed success stories and others will inspire a sharp feeling of buyer’s remorse. For now, let’s take a look at the five biggest deals of Sundance 2019.

[Note: The financial details of some film acquisitions have not yet been publicly disclosed.]

Blinded by the Light (directed by Gurinder Chadha)
Sold for: $15 million

The year is 1987, a time when young music fanatic Javed (Viveik Kalra) is struggling to balance his love of the arts with the rules of his traditional Pakistani household. But when he’s introduced to none other than The Boss himself—Bruce Springsteen—the path of his life comes alight. Blinded by the Light has been drawing rave reviews out of Sundance, receiving perhaps the strongest reaction of any film this year (it currently holds a 93 percent on Rotten Tomatoes). Entertainment Weekly‘s Leah Greenblatt described it as “a Technicolor ode to the power of music so deeply tender and heartfelt that it disarms even the most misanthropic critic’s instincts.”

Recently, New Line has been best known for its successful horror films such as It and James Wan’s The Conjuring universe. But as a subsidiary of Warner Bros., the studio has always dabbled in much more. It will also release April’s superhero blockbuster Shazam!

You don’t get picked up for at least $10 million unless someone really likes your movie. The Tomorrow Man follows John Lithgow, who plays a resident of a small town who dedicates his life to preparing for a cataclysm that may never arrive. Meanwhile, Blythe Danner plays a woman who spends her time buying things she may never use. Together, these two will form the basis of a quirky romance.

Bleecker Street is responsible for well-liked, but little-seen films such as Steven Soderbergh’s Logan Lucky, James Gray’s The Lost City of Z and the 2018 political thriller Beirut, starring Jon Hamm.

The Report (directed by Scott Z. Burns)
Sold for: $14 million

Amazon went on a shopping spree and could emerge as the big winner of Sundance.

Late Night—whose $13 million U.S.-only price tag is a festival record—is a buzzy comedy starring, written and produced by Mindy Kaling. She portrays a writer hired by a, surprise, late-night TV show to fill its diversity quota. Her boss: the always fabulous Emma Thompson, who plays a derisive New York talk-show host. The movie currently holds an 84 percent on Rotten Tomatoes.

The Report is an Oscars-ready political thriller generating serious heat out of the festival. It details the investigation into the C.I.A.’s use of torture during the George W. Bush administration and stars a reportedly excellent Adam Driver and Annette Bening. We’ve heard nothing but good things about this one.

And finally, Amazon is said to have outbid five other studios for Brittany Runs a Marathon, Colaizzo’s feature filmmaking debut. The movie is adapted from the story of his own roommate and best friend, Brittany (Jillian Bell), who tries leaving her hard partying behind her to start a new life by running the New York City Marathon. By all accounts, Bell is fantastic in the role, and the movie is oozing with bubbly charm. 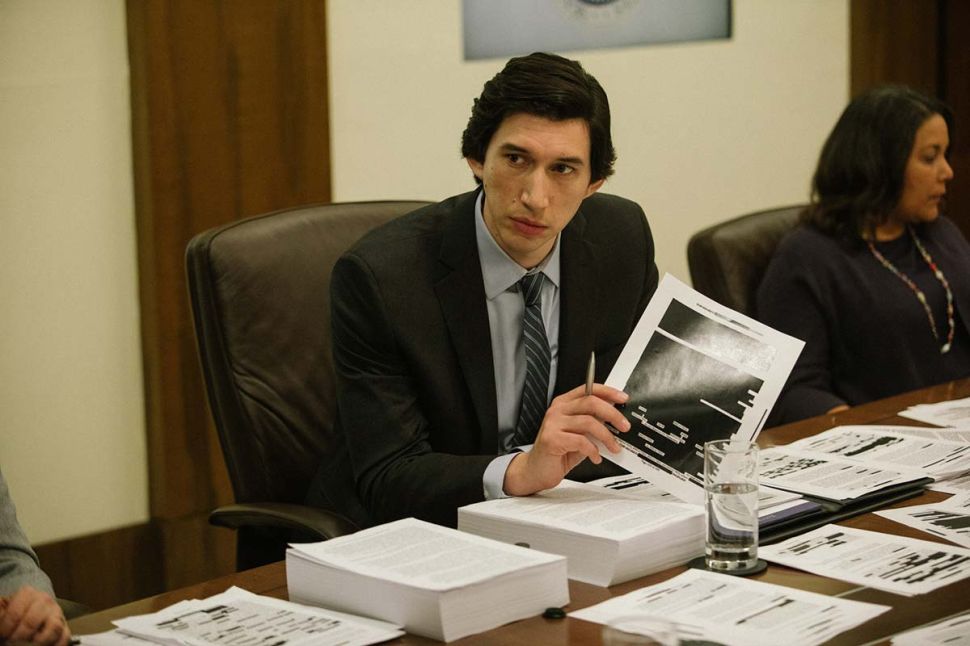