Last year’s Super Bowl between the New England Patriots and the Philadelphia Eagles posted the lowest ratings since 2010. That trend continued for this year’s game between the Pats and the Los Angeles Rams, as traditional television continues to see a drop-off in viewership across the industry.

New England’s snore-inducing 13-3 win over the Los Angeles Rams scored a 44.9 in metered market results, Deadline reports. That’s a 5.2 percent dip from last year’s big game, which wound up scoring 103 million total average viewers. This year’s mark is the worst Super Bowl metered market result since the Pittsburgh Steelers toppled the Arizona Cardinals in 2009. This is certainly suboptimal and a tough blow to CBS, which charged upwards of $5 million for its 30-second ads.

But a quick sniff around television’s other major live programming events reveals a more holistic story about the decline in linear viewing. Last year’s Academy Awards reached an all-time low in viewership with 26.5 million viewers. President Donald Trump’s 2018 State of the Union address tumbled a notable six percent from his 2017 effort. Hell, even the perennially popular sitcom The Big Bang Theory has seen an eight percent audience drop this season. Though the NFL’s regular season viewership rebounded by five percent this year, decreased TV eyeballs seems to be the new norm—just another reason why the future of football broadcasts may be in streaming.

We’ll update you once the final viewership tally for Super Bowl LIII is available. 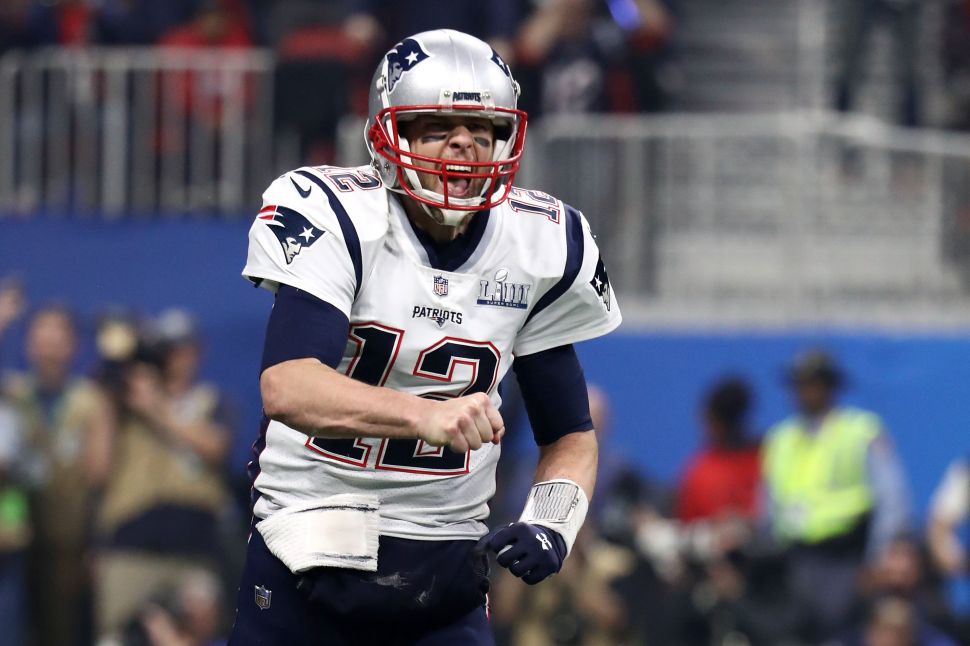