Everyone wants a piece of Taika Waititi these days. The quirky indie director piqued our curiosity with his witty, soulful early efforts before making the leap to become a full-fledged blockbuster star with Marvel’s Thor: Ragnarok. As he finishes up his Fox Searchlight Nazi satire (yes, seriously, and he’s even playing Hitler in it), the industry is eagerly awaiting to see what the unique stylist will do next.

After Disney fired James Gunn from Guardians of the Galaxy Vol. 3 last summer, online fans immediately threw Waititi’s name into the mix as a potential replacement. On paper, it’s fitting—his sense of humor and colorful flare mesh quite well with the cosmic tones of the Guardians franchise. But the director has no interest in taking over that series.

“For me, those are James’ films,” he said at the Television Critics Association press tour on Monday. “Going into something like that with his stamp all over his films would be like going into someone’s house and saying ‘Hey, I’m your new dad, and this is how we make peanut butter sandwiches now.’ It feels kind of awkward.” (We told you he’s quirky.)

But Marvel fans shouldn’t feel deflated, as Waititi noted that he’s still “hanging out” with the MCU executives and “talking about new stuff.”

“I want to do another movie with them,” he noted, and after Thor: Ragnarok grossed $315 million domestic and nearly $854 million worldwide, we can safely assume Marvel wants to do another movie with him. All of Marvel’s Phase IV films currently in development have directors attached, but with Disney assuming control of Fox in the near future, a host of new characters are coming under the MCU banner that he could choose to build a film around.

In the meantime, Waititi is staying busy. In addition to Jojo Rabbit, the filmmaker is executive producing FX’s TV adaptation of the hilarious 2014 vampire mockumentary What We Do in the Shadows, which he wrote and directed with Jemaine Clement. He’ll direct a few episodes of the show as well, and he also directed an episode of Disney+’s upcoming  Star Wars series The Mandalorian.

“It was amazing,” Waititi said of stepping into the galaxy far, far away. “[Showrunner Jon] Favreau is a genius. It’s fun doing something in the Star Wars universe.” But don’t expect his entry in the bounty hunter story to be teeming with his patented oddball comedy.

“A little bit, but Star Wars is very different to the Marvel style,” Waititi explained. “The tone of the first films really should be adhered to; it’s what the fans like. You can’t disrespect it.” Still, he adds, “Definitely my tone is in there.” 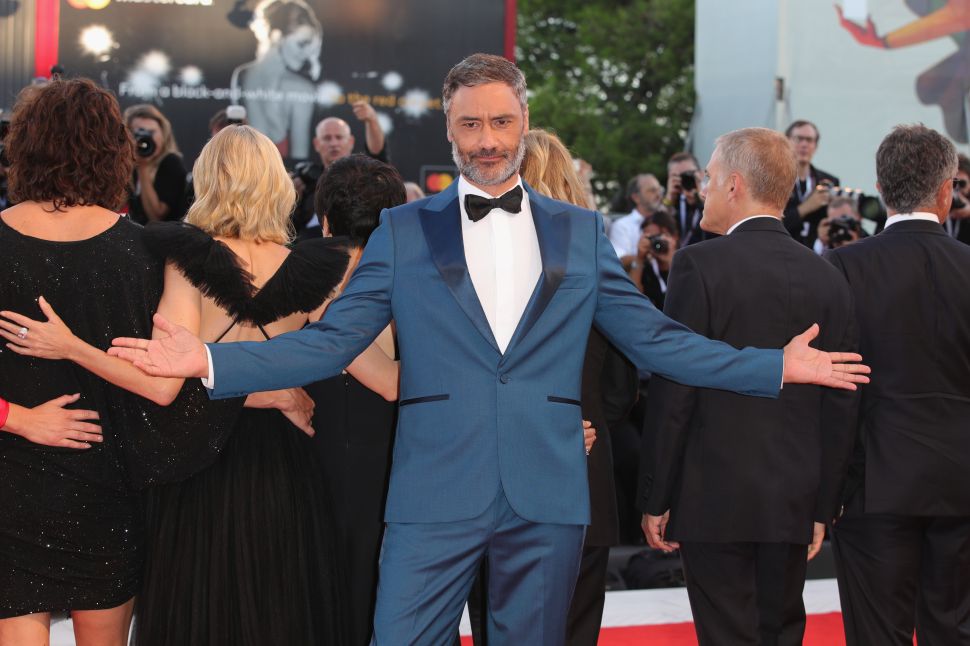