Rolling up to Galerie Perrotin on Orchard Street for the latest Garage magazine party, I was instantly enveloped by a group of teens. But these weren’t the screaming, clamoring Jake Paul devotees trotted out as set dressing by weary media reporters every time they’re forced to write about celeb meet-and-greets.

This was an artistic institution, and the young people milling around outside it spoke in respectfully hushed voices while they admired one another’s outfits and wondered whether they’d be able to meet artist Takashi Murakami. Fans of the rising singer Billie Eilish hovered too, and collectively the crowd exuded deep respect for the game, which is to be seen without being noticed.

Eilish, whose stardom seems inevitable, is 17 and hails from Los Angeles. Her blue hair rhymed with the midnight-indigo lighting at the party, which was being held partially in her honor. Murakami and Eilish’s cover story collaboration for Garage is one of several creative partnerships featured in the 16th issue of the contemporary art magazine, which is helmed by founder Dasha Zhukova.

Murakami and Eilish are well matched: Over the course of the night I never saw them talk to each other, but Murakami could frequently be spotted walking briskly through the gallery with his small entourage, flashing a big grin. Eilish’s admiration was more obvious. “I just wanna thank Takashi Murakami for being a fuckin’ G,” she would later say at the end of her acoustic three-song set.

Garage was bought by Vice Media in 2016, and the digitally savvy aesthetic of the magazine’s relatively new owner is perceptible in its pleasurably weighty pages. An art magazine is only as good as the tastes of its staff, and everyone affiliated with Garage has excellent taste. Buzzy playwright Jeremy O. Harris (Slave Play, Daddy) gets a spotlight in the new issue, and everyone who’s read and loved My Year of Rest and Relaxation by Ottessa Moshfegh will be thrilled to know that the author profiled Whoopi Goldberg, the “spiritual hero” of the novel, for it.

The party was tastefully curated, too. The room was packed with hot people you might vaguely recognize from Instagram and hot people you would definitely recognize from Instagram, such as Canadian artist Chloe Wise; British pop star Ellie Goulding, wearing a lush emerald green sweater; and American cultural savant Tavi Gevinson, the founder and former editor in chief of Rookie magazine, which she officially shuttered last November.

When asked what she’s been working on since, Gevinson replied, “Different writing projects. Nothing really worth describing. Also just, like, trying to enjoy life.”

I pressed further—”No, really, what have you been up to?”—as the crowd contracted and Eilish took the stage, stepping behind the microphone.

“Unclenching my asshole,” Gevinson said, “and I wrote something for the new issue.” The music began. 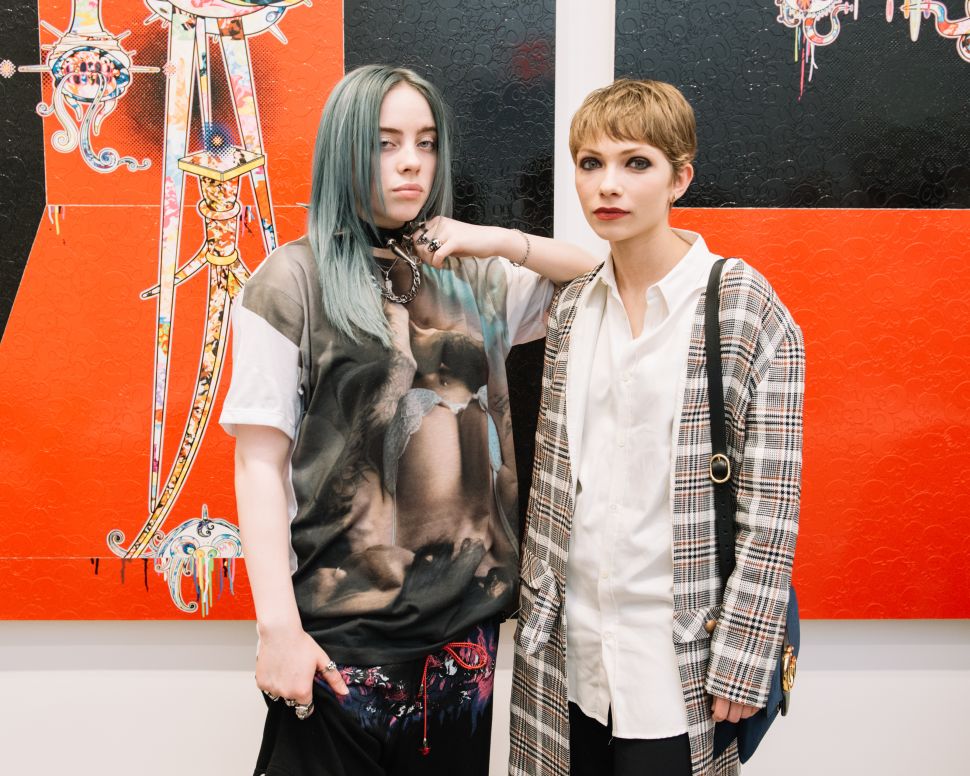