Most of us sail through life always striving to be better, existing tepidly without definitive confirmation that we are (or ever were) at the peak of our profession. Master art thief Stéphane Breitwieser has a considerable amount of problems, but this is not one of them.

In a long profile published on Thursday at GQ and written by author Michael Finkel, Breitwieser explains, in his own words, just what exactly motivated him to pilfer more than a billion dollars’ worth of artwork in hundreds of museums over the course of an incredible tear of about six years. The saga also involved his mother and his girlfriend (the latter two did not contribute to the story and in fact have never spoken publicly about the infamous robberies).

Breitwieser has been imprisoned more than once for his crimes, and is currently once again incarcerated pending further investigation from French authorities, who say they’ve found “Roman coins and other objects” in his residence.

Finkel points out that what’s perhaps most staggering about Breitwieser is the “why” behind the unbelievable volume of his trophies, which were famously destroyed by his mother for reasons that are still unclear. The thief didn’t resell his items on the black market, or seek to trade what he’d obtained for better housing or travel.

He stashed everything in the house where he lived with his mom and his girlfriend, because all he really wanted to do was look at it. And the “why” behind this impulse of obsession seems so ripe for a cinematic adaptation, it’s practically tumescent. The thief’s father, you see, had abandoned the family when Breitwieser was 22 years old and taken every item of value with him, including a collection of antique weapons.

The first thing Breitwieser ever stole from a museum was a hand-carved gun that was dated to 1730. “His first thought, he recalls, was that he should already own something like this,” Finkel writes.

Once off to the races as a thief, Breitwieser set about amassing a trove of Renaissance paintings, daggers and other artistic ephemera fit for a king, but perhaps his favorite acquisition was an ivory sculpture of Adam and Eve that had managed to survive his mother’s attempt to destroy it (she allegedly threw it in the Rhone-Rhine Canal). In 2018, Finkel returned with Breitwieser to visit the statue at the Reubens House Museum in Belgium, from which he had initially stolen it decades earlier.

The thief is overcome, and cries for what can never again be his. “Art has punished me,” he tells Finkel before pilfering a copy of the museum’s catalogue—evidently that keenly-felt discipline at the hand of creative expression hasn’t quite tamed his criminal impulse. 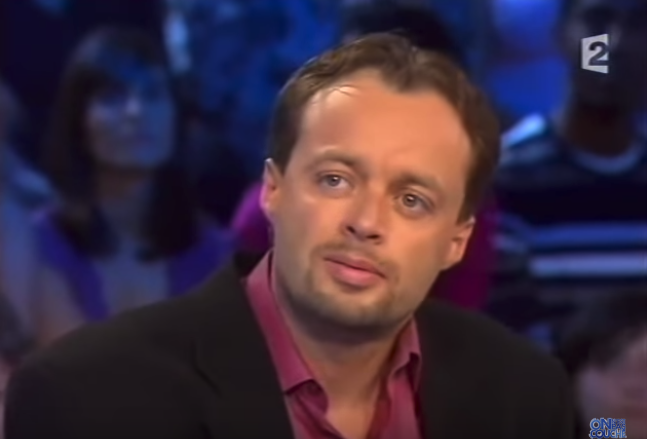