Brooklyn playwright Rehana Lew Mirza “got all the way through the alphabet” when her son was born two-and-a-half years ago, searching, she said, “for a name with meaning.” She and her husband chose Zayden, for “little fire” and “abundance.”

She wants “the same sort of meaning,” she added, in her play titles, including her new two-hander about Muslim Americans clashing over race and identity. Meet Hatefuck, beginning March 3 at WP Theater in a joint presentation with Colt Coeur.

Although the meaning of the jagged and juicy word is clear, the actual title will be obscured in many press materials as “Hatef**k.” The same goes, likely, for reviews and maybe even the published script.

“I think it’s fucking d**b,” she wrote  of the censorship in a wry email, “but I completely understand.”

Mirza’s not the only writer effing-up Off-Broadway stages this winter. If Pretty Hurts Ugly Must Be a Muhfucka by Tori Sampson launches February 15 at Playwrights Horizons, and Actually, We’re F**cked by TV producer Matt Williams, who included titular asterisks himself, launches at the Cherry Lane Theatre on February 26.

F-bombs exploding in play titles isn’t new, as such previous works Fucking A, Shopping and Fucking, Stupid Fucking Bird and The Motherfucker With the Hat remind. But three’s a crowd, if not a trend. It begs the question: Why do writers select a title destined to be sanitized? This curse-happy trio believes in the power of words, including four-letter ones. “My title is the first thing I came up with when I needed a premise. It guided me,” Mirza, 40, told Observer, adding that it established the time frame and an expectation. “Yes,” she added, “the play delivers on the title. Still, in the back of my head was this thought, This has to go on programs and press releases and billboards and social media and email.”

And in newspapers. While the president’s utterance last year of “shithole” to describe African nations and Haiti during a White House meeting on immigration was published across mainstream media, a profane title is still taboo. It “becomes an issue for advertisers,” said veteran producer Kevin McCollum, “and also bumps up against standards.”

So much so, a year ago, when The New York Times announced Playwrights Horizons’ line-up, the paper wouldn’t touch Sampson’s title with a 10-foot bleep. They called it a “play (with an unprintable title).”

For Sampson, the name was invaluable, inspired in part by a Beyonce song. “This was the title of my play from the beginning,” she said of Muhfucka, which concerns beauty and blends Nigerian fables with American pop culture. “I’m from Boston. I didn’t think it would be offensive.” And although she considered alternative titles, none were as perfect. “I’m a playwright,” Sampson told Observer. “My words are very intentional.”

For McCollum, who produced Rent and Avenue Q, and invested in Shopping and Fucking, that’s key. “That’s the thing about language, it’s all about the intent. Theater is an art form in which words matter,” he told Observer. “It’s a place to explore how words spark emotional feelings.” Use fuck in the title because it resonates thematically or strikes the right emotional chord, that works, he said. But if it’s simply to titillate? Not so much.

Williams, 67, who created the sitcoms Roseanne and Home Improvement, went “through about a hundred titles” for his comedy about millennials pondering parenthood, he said. “Faithful Wives and Healthy Children,” “Adulting,” “#WTF,” and, seriously, “The Far Side of Despair,” are among them. Actually, We’re F**cked, said it best. “I’m not prudish, but I had a lot of qualms about dropping an F-bomb, even with my own asterisks in the title,” he said.

He and the powers that be at the Cherry Lane, which his wife owns, decided asterisks (actually, hummingbirds in the graphic treatment of the logo) were a must. Without them, “it felt too loud and angry for a comedy,” said general manager Julie Crosby. “We also have small children passing the theater on the way to school and have to be a bit more careful with the front of the theater signage.”

And the same goes for Facebook, a major driver of ticket sales, according to Playwrights marketing director Kyle Sircus. “We would never ask an artist to change a title,” said Sircus. “But we had to be nimble and creative to work around the title, and come up with one that wouldn’t get disapproved.” The lesson, he said: You can say only half a curse word on Facebook: “Muhfu.” At Playwrights Horizons, a poster outside the theater has Sampson’s play title in full. “It has drawn double takes but no complaints.”

That’s par for the course in New York, said Williams, who worried about his title’s impact for productions beyond Off-Broadway. Insiders interviewed don’t see a titular F-bomb impeding runs down the road. The strength of the play dictates that. “The title of a play is the first thing someone interacts with,” said Sircus. “But there is so much more to a play than that.”

Williams, Mirza and Sampson are ready to read about their stage babies—asterisks, dashes, underlines and all. “I’m prepared for the reality of it,” said Mirza.

Added Sampson, “Of course I would be happy to see my play’s title in The New York Times as written. But I made a decision to keep my title. And I’m standing by it.” 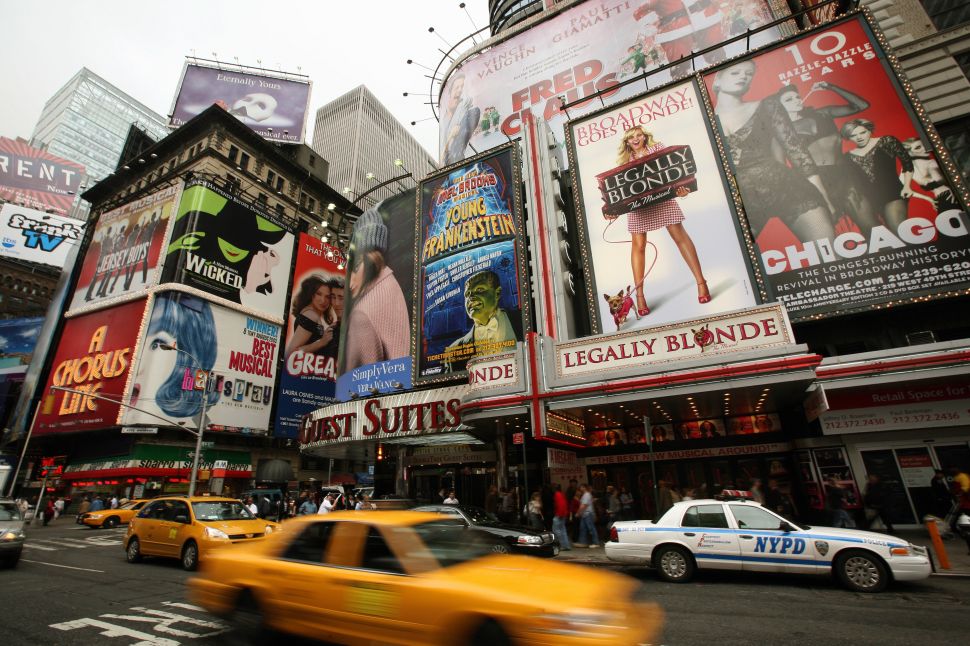