Ten episodes into the seventh season of Vanderpump Rules, the Bravo reality series about a Hollywood waitstaff somehow continues to outdo itself. This week we found the gang in a familiar scenario that has never once ended well in the past: The women peeled off for their own exclusive “girls trip,” while the men stayed behind for a “guys night.”

Among more conventional friend groups, the occasional separation of the genders can be a welcome respite. That’s not the case with this perpetually squabbling bunch. The Vanderpump crew divided against itself cannot stand—often literally, because everyone gets too furiously drunk to remain upright.

Although the episode was marketed as an approximately 45-minute-long hedonistic festival, audiences will actually have to wait until next week to see the true consequences of the girls trip unfold. However, Monday’s installment was notable for its overt narrative parallels with Sideways, the 2004 black comedy about an ill-fated bachelor trip to Santa Ynez Valley wine country that ends in bittersweet calamity.

In the movie, a glorious send-up of snobby sommelier culture, college roommates Miles (Paul Giamatti) and Jack (Thomas Haden Church) embark on one last alcohol-sodden adventure together before the latter’s impending marriage to a nice lady named Christine, whose father owns a lucrative real estate business. Jack, a washed-up actor and an impossible casanova, is hoping to wed into financial security and establish some romantic consistency. Does that sound suspiciously like Jax Taylor to anyone else?

As in Sideways, liquor runs through the veins of Vanderpump Rules like blood through a multi-nucleated cell. Everything the cast members have gone through in their 120-plus episodes of TV has revolved around wine, beer, hard liquor (on the rocks or straight up) and speciality cocktails. Conversely, every nonalcoholic beverage ever seen on Vanderpump Rules functions as a hangover cure. When they’re not in the club or screaming at one another in largely unfurnished apartments, they can be found sucking down coffee, smoothies, and the occasional sugary soda.

In this particular chapter, the girls take Lala Kent’s boyfriend’s private jet on a 25-minute ride up the coast of California to indulge in the delights of Solvang, a Danish community known for its stellar vino scene. As Lala, Stassi, Ariana, Brittany, Scheana and Katie prepare to depart on their jaunt to wine country while promising one another (pointlessly) that they’ll keep the drunken shenanigans to a dull roar, you keep thinking, Damn, this sounds a lot like the plot of Sideways, and silently commend the editors for their deft work.

Then, after the private jet lands, the show cuts to a confessional with Lala. “I’ve always wanted to go to Solvang because I’m obsessed with the movie Sideways and I am praying that one of these bitches gets so drunk they drink out of the spit bucket like Paul Giamatti did,” she says.

Reader, I screamed. The metatextual had become textual; the implied was now overt. And that wasn’t the end of this week’s Vanderpump gifts.

In what is arguably the most famous scene in Sideways, an ornery Miles and a far more relaxed Jack head to dinner to meet up with a couple of friends. Miles fancies himself a principled expert on wine, and he’s not about to endure being served anything less than top-quality vintage. “If anybody orders merlot, I’m leaving. I am not drinking any fuckin’ merlot!” he screams.

Cut to Vanderpump Rules Season 7, Episode 10, and the girls have piled into CrossHatch Winery, the first stop on their trip. “I promise, we’re sophisticated,” Brittany Cartwright tells their sommelier, potentially anticipating disaster. Kristen Doute, the show’s consummate wild card, speaks up. “I don’t like really dry red wines,” she complains. “I think merlot is the basic bitch of wine.”

There you have it. Kristen Doute is the boozy, fussy, bad-tempered Paul Giamatti of Vanderpump Rules, and nothing in the history of reality television has ever made so much sense. 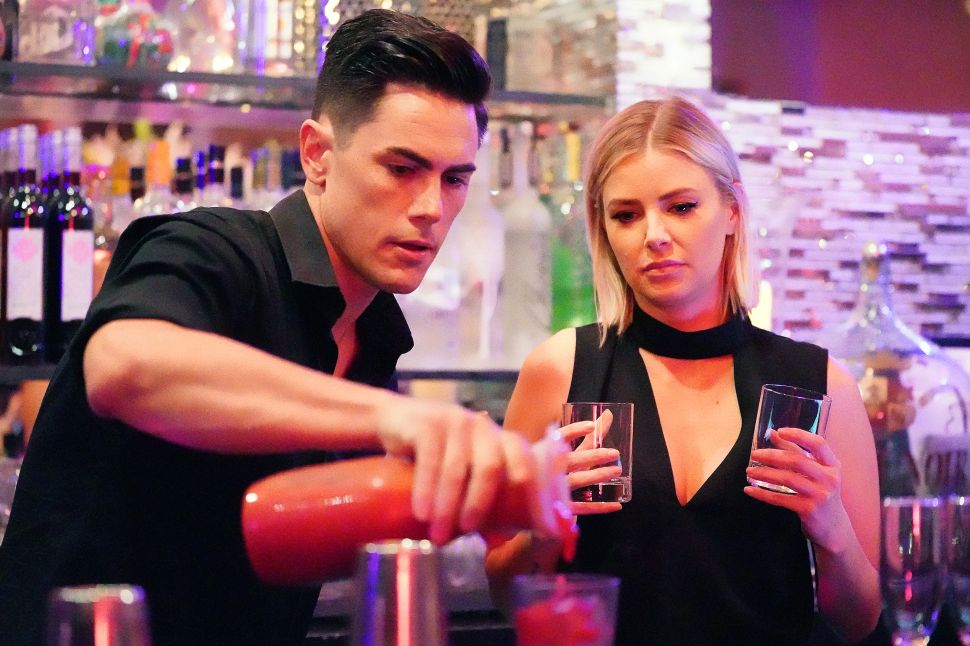