President Donald Trump on Thursday tweeted hopes for a 6G cellular network, saying he wants the “technology in the United States as soon as possible.”

In touting the development of such a high-speed network, Trump advocated the U.S. “win through competition,” rather than “blocking out currently more advanced technologies.” While some experts have estimated that a 6G network will not emerge until 2030, there is another problem with the president’s vision: His proposed solution contradicts an executive order he is considering.

….something that is so obviously the future. I want the United States to win through competition, not by blocking out currently more advanced technologies. We must always be the leader in everything we do, especially when it comes to the very exciting world of technology!

Late last year, Reuters reported that the White House was looking to prevent U.S. businesses from using telecommunications technology developed by Chinese companies Huawei and ZTE—both of which were subject to a 2012 U.S. investigation into whether their equipment was used for espionage purposes. The executive order would invoke the International Emergency Economic Powers Act, which allows the president to regulate commerce when dealing with national emergencies.

Although representatives for Huawei and ZTE have denied any wrongdoing, the president himself signed a bill last year barring the U.S. government from using equipment from either of the two companies. Under the Defense Authorization Act, government agencies have been instructed to prioritize funding businesses that will update their technology as a result of the policy change.

So while Trump says the U.S. will develop faster networks by “competition,” the official stance of his administration has been to block out potentially “more advanced technologies.” 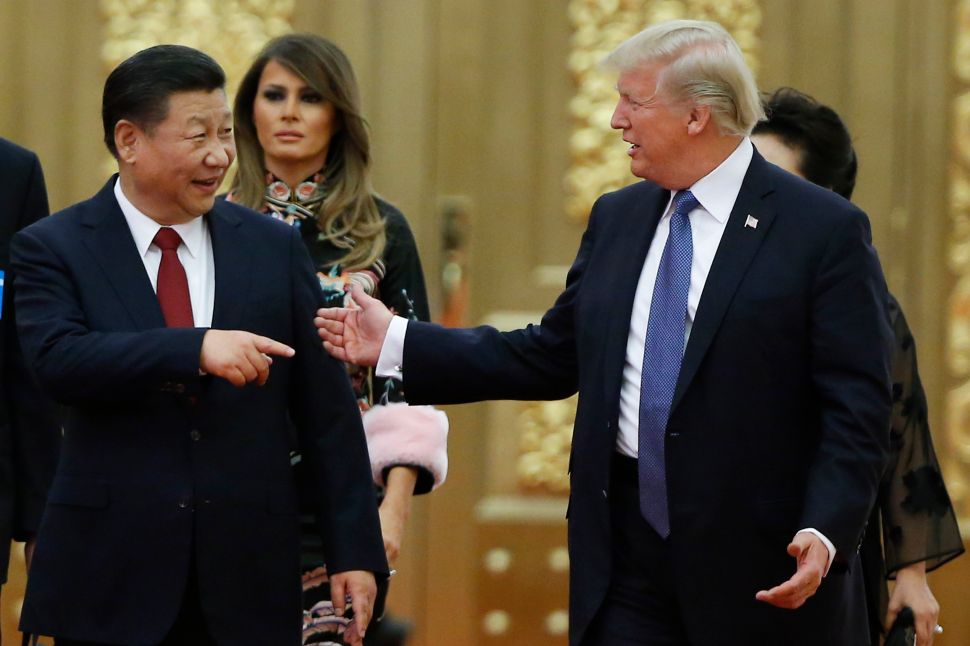