Though President Donald Trump has bragged about being the only person who can make progress with the denuclearization of North Korea, his advisors worry he has other intentions—mainly, a peace deal between the Koreas.

The president’s public actions have indicated as much. On Monday, Trump said he was in “no rush” to have North Korea denuclearize, clarifying, “If there’s testing, that’s another deal.” A cavalier attitude toward the question of denuclearization appears at odds with the objectives of other administration officials. One official, speaking on the condition of anonymity, told Reuters the overarching theme of next week’s summit with North Korea was “ultimately about the denuclearization.”

“That was what was agreed between the two sides and that is the overriding goal that President Trump is seeking to achieve with this summit,” the official told Reuters. “This is an important step towards that ultimate goal.”

Despite the Trump administration’s outlined objectives—which at times appear at odds with the the president’s bluster—aides are privately venting that North Korean leader Kim Jong-un could end up getting the better of Trump next week. According to POLITICO, inside “the administration, concern about the upcoming summit has come from predictable skeptics, including national security adviser John Bolton, a longtime opponent of diplomacy with North Korea, but also from unexpected corners.”

“Secretary of State Mike Pompeo, the man charged with leading the negotiations, has expressed frustration to allies about the lack of diplomatic progress and voiced concern that his boss will get outmaneuvered,” reported the publication.

The president’s intelligence team has also raised concern over the threat North Korea poses to U.S. national security. Late last month, National Intelligence director Dan Coats warned that the regime is “unlikely to completely give up its nuclear weapons and production capabilities…” 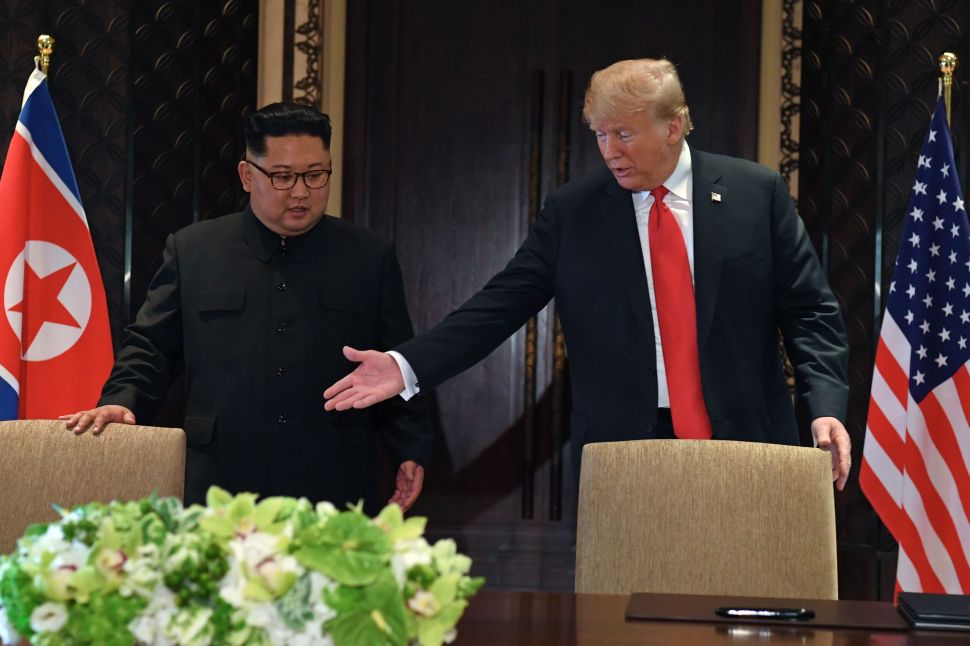