Although President Donald Trump’s attacks on the post-Cold War order have often been rebuked by leading Western organizations and powers, his withdrawal from the Intermediate-Range Nuclear Forces Treaty on Friday found an unlikely sympathizer: The North Atlantic Treaty Organization (NATO).

“Unless Russia honours its INF Treaty obligations… Russia will bear sole responsibility for the end of the Treaty,” the military alliance said in a statement after Trump administration officials announced withdrawal.

In his own statement, the president wrote that his team “will work with NATO and our other allies and partners to deny Russia any military advantage from its unlawful conduct.”

“Countries must be held accountable when they break the rules,” Secretary of State Mike Pompeo said on Friday. “Russia has jeopardized the United States’ security interests, and we can no longer be restricted by the treaty while Russia shamelessly violates it.”

Signed in 1987, the Intermediate-Range Nuclear Forces Treaty required the U.S. and Soviet Union to “eliminate and permanently forswear all of their nuclear and conventional ground-launched ballistic and cruise missiles with ranges of 500 to 5,500 kilometers,” according to the Arms Control Association. But in recent years, including under the Obama administration, the U.S. has accused Russia of violating the treaty requirements, including one condition on cruise missiles, per the ACA.

Addressing the impending termination of the pact, NATO recognized the U.S. had worked within the parameters of the agreement and fully backed its withdrawal.

“As a result [of Russia’s violations], the United States is suspending its obligations under the INF Treaty…” wrote the organization. “The United States is taking this action in response to the significant risks to Euro-Atlantic security posed by Russia’s covert testing, production, and fielding of 9M729 ground-launched cruise missile systems. Allies fully support this action.”

Despite cooperation with NATO over the Russian nuclear agreement, Trump has often approached the organization with hostility, breaking with past administrations. Last month The New York Times reported the president had considered withdrawing from the pact last year—a move considered tantamount to destroying NATO.

When asked for comment, the White House referred the Times to past statements Trump gave in support of the organization, in which he called U.S. commitment to NATO “very strong.” 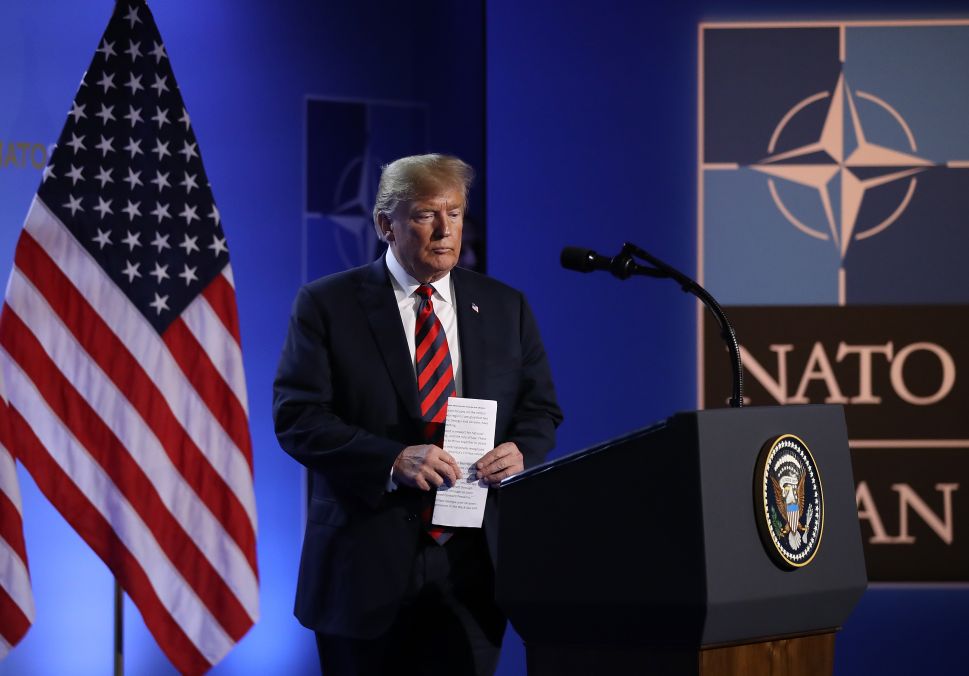