Last night’s State of the Union speech reminded me a little bit of high school, with the teacher that goes off on tangents being challenged in a debate by a snappy student government candidate Stacey Abrams. We’ll see if President Donald Trump’s long-on-history, short-on-details address can beat Abrams’ response consisting of charming personal stories and packed with five times as many policy initiatives as the president.

For those who like long speeches, Trump did not disappoint. Already owning the record for the longest-winded talks in SOTU history, Trump delivered another lengthy one. Yet as former Pennsylvania Senator Rick Santorum pointed out, it only contained about eight policy ideas. Ex-Ohio Governor John Kasich bemoaned that while the GOP was the party of ideas in the 1990s, it’s not like that now. What happened?

First of all, Trump started out great. He laid out the economic case for four years that might have won the House of Representatives for the Republicans, instead of demonizing caravans. I was expecting a bump in Trump’s support, to approach 50 percent even….

…Until he claimed that it would all end if investigations continue. I think that was his biggest SOTU blunder, drawing parallels with Richard Nixon’s beleaguered prime-time Watergate defenses. He would have been better off not mentioning it at all.

Another “I” hurt Trump as well: immigration. While I thought his speech was a pretty compelling case for stronger security (and touting ICE and law enforcement and victims of violence), he didn’t make a compelling case for why the wall would be better than the Democratic proposals concerning better policing of ports of entry and seaports. Hispanic friends from El Paso where I grew up were incensed by the characterizations of El Paso and San Diego as violent until a wall came along. Promising more legal immigration probably shocked his base. Another shutdown over the wall will worsen the president at the polls again, and he didn’t lay out his plan to avoid another such debacle on February 15.

There was plenty for Democrats to like in the speech, but again, as the speech droned on, you only got a general idea of centrism, rather than anything tangible.

The homages to American history were nice, but drew out the speech and distracted the audience from the mission, which is to explain what you want to do for the 2019-2020 session. It resembled the history teacher who goes off script with so many stories that the students aren’t prepared for the exam. I would have rather liked to have known how the president would accomplish some of those moonshot ideas, like ending HIV, rather than another tribute to Buzz Aldrin. Outside of Sean Hannity and his guests, few Republicans on other channels seemed impressed.

A Policy Pep Talk by Stacey Abrams to Democrats… and the Country?

Having stayed up for Stacey Abrams’ response to the State of the Union address, I initially thought she knocked it out of the park. She smiled, started off with personal stories about her parents, remained upbeat, and actually adopted the “when they go low, we go high” mantra from Michelle Obama by not focusing the majority of her speech on bashing Donald Trump. Democrats running in 2020 could learn a lot from her; too many seem to be gearing up to be the anti-Trump. I found myself believing that she could actually win the Democratic Party nomination next year and give Trump a run for his money, except…

…The policy ideas kept firing from the screen from the Georgia gubernatorial candidate. There were about five times as many ideas as what Trump was pushing. I could barely keep up. I think there was support for expanding health care, and voting rights, but not the details and… it was hard to keep up, especially if you stayed up past Trump’s State of the Union Address, as it approached 11 p.m. on the East Coast. She seemed like a nice, earnest speaker, but could I name half of her positions, or plans to achieve them, or even 10 of them?

Who Will Win = Whose Audience Will Remember ‘Three Action Items’

In academia, whether I’m on a task force, or a committee meeting, or a workshop, my mantra is “What are our three action items, the three specific things we’re going to plan and do?” I noticed that this was more prevalent in business rather than higher education, where my colleagues can talk an issue to death without a true conclusion. On this matter, both Trump and his Democratic rivals have work to do. Trump has to avoid burying his best arguments in storytelling and gaffes like his “investigation” line.

Unlike Joseph Kennedy III, Abrams gave the better speech this time for the Democrats, avoiding other errors by predecessors like Marco Rubio and Bobby Jindal.  But she needs to acknowledge that while Democrats plan to do a lot of things, their immediate priorities need to be spelled out simply with three concrete pitches.

Whoever wins the battle of the “action items” will likely occupy the White House in 2021. 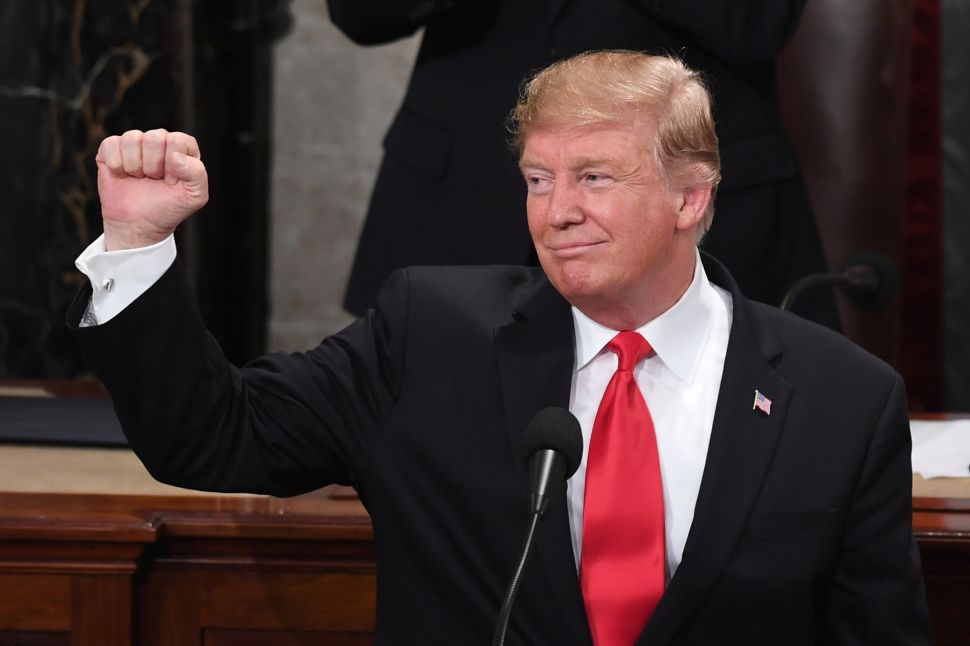