As hard as they try to keep a low profile after the contentious confirmation hearings of Justice Brett Kavanaugh, the U.S. Supreme Court has several cases that won’t allow it. While the term had largely lacked cases involving hot-button issues, some emergency appeals from the president involve major constitutional questions.

Chief Justice John Roberts is acutely aware that he now stands at the center of an ideologically divided court. He also seems dedicated to making sure that the country’s highest court isn’t viewed as a tool to help President Donald Trump advance his agenda.

The Supreme Court recently made headlines when it ruled to block a Louisiana abortion law from taking effect. While the justices did not rule on the merits of the case, the decision is being closely scrutinized for hints on how the new conservative-leaning justices will approach the issue.

For now, Chief Justice Roberts prevented his conservative colleagues from allowing an abortion law requiring abortion providers to have admitting privileges at a nearby hospital to take effect. Challengers argue that the Louisiana law will likely result in the closure of all but one abortion clinic in the state.

While a district court struck it down, the Fifth Circuit Court of Appeals distinguished the facts of the case from Whole Woman’s Health v. Hellerstedt, in which the court struck down a similar Texas law. The court’s ruling will allow abortion clinics to stay open, while the legal challenge is pending.

Many of the other high-profile rulings in recent months have also come to the court in the form of emergency appeals. In late December, the court declined to stay a preliminary injunction that halted a new Department of Homeland Security (DHS) rule that would prevent immigrants from making asylum claims if they didn’t cross the U.S. border at a designated entry point.

The government had argued that allowing the order to stand while the appeals process proceeded would frustrate “a coordinated effort by the President, the Attorney General, and the Secretary to re-establish sovereign control over the southern border, reduce illegal and dangerous border crossings, and conduct sensitive and ongoing diplomatic negotiations.”

Nonetheless, Chief Justice Roberts voted with the court’s liberal justices to allow the order to stand. The Ninth Circuit Court of Appeals will now consider whether the Trump administration can implement the new asylum policy, with a return trip back to the Supreme Court extremely likely.

In January, Roberts again cast the deciding vote in a closely-watched and controversial case. This time, he sided with the conservatives in preventing lower court decisions that had blocked the Trump administration’s planned transgender military ban from taking effect. The decision will allow restrictions on military service by transgender individuals to be implemented while legal challenges proceed.

With the exception of the Louisiana abortion cases, all of the above cases ended up before the Supreme Court because the Trump administration “leapfrogged” over the federal courts of appeal and asked the justices to grant “extraordinary relief,” such as staying a district court injunction. The strategy allows the government to avoid “unfriendly” appellate courts, such as the Ninth Circuit. However, unless a true “emergency” exists, seeking such relief from the Supreme Court is frowned upon because it deviates from the established appellate process.

President Barack Obama sought extraordinary relief in one case during his administration. In contrast, the Trump administration has sought extraordinary relief from the court in litigation arising out of the 2020 census, climate change, the Deferred Action for Childhood Arrivals (DACA) program and the transgender military ban in 2018 alone. If this trend continues, the Supreme Court can expect to remain in the headlines. 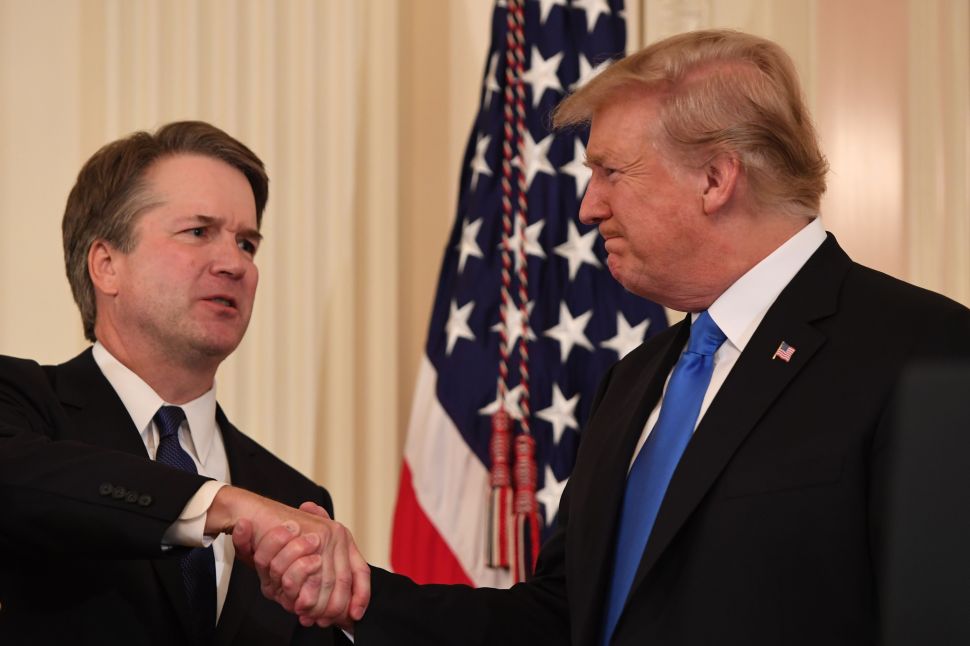