Former House Speaker Sam Rayburn of Texas was fond of saying, “There is no education in the second kick of the mule.” It’s about learning the lesson from the first mistake. But if the United States doesn’t learn from the mule kick of Honduras nearly 10 years ago, it is likely to make the same mistakes in Venezuela that is resulting in thousands of Central American migrants to the U.S.

Confusion in Central America 10 Years Ago

A decade ago, Venezuela’s Hugo Chavez had an ally in Honduran President Manuel Zelaya who decided he didn’t need to abide by petty things like the “rule of law.” Facing the end of his time in office, he tried to hold a referendum on term limits, so he could keep running for office. The legislature, Supreme Court and even his own party tried to stop him, but the autocratic Zelaya would not be denied in his quest to change the rules in the middle of the game. So the military ousted Zelaya from power, forcing him to leave for Costa Rica.

Of course, the coup d’état wasn’t necessarily legal either. The incoming Obama administration was torn between supporting a democratically elected president who had been behaving illegally, or a country’s military which was similarly breaking the rules. The 1982 Honduran Constitution was no roadmap; it didn’t provide enough detail for a proper impeachment or removal from office.

The military called for a new election, and a Zelaya opponent won. Subsequent leaders of the conservative side engaged in bitter electoral battles, first against Zelaya’s wife and then against a Zelaya crony. Electoral violence cost several Hondurans their lives. The country became as divided between Zelaya supporters and opponents as Northerners and Southerners during the Civil War. Droves of Hondurans decided to leave the country, often in caravans for mutual support, in search of safety in the United States.

Could anything different have saved Honduras? And is there any way the Trump administration could avoid making the same mistakes in Venezuela that the Obama team made in Central America?

No Vacillating on Venezuela

In order to avoid the errors of the past, Trump and his advisers need to follow this three step plan on Venezuela, concerning signals sent, immigration policies and working with the Organization of American States (OAS), the regional organization for the Western Hemisphere.

The incoming Obama foreign policy team went from supporting Zelaya to a grudging acceptance of the military coup and its subsequent elections. Such a shift made it difficult to read the American position, leading to confusion on the ground. Team Trump, to its credit, has consistently backed the opposition against Nicolás Maduro’s power grab. They’ll need to stick to it, despite the international and domestic criticism they’ll face for supporting the party out of power.

It’s hard to imagine the Venezuelan crisis involving anything but political refugees. Therefore, the administration needs to strongly consider what to do with those fleeing the violence. Should they receive such protections? Will they only be extended to those of the opponents of Maduro, who follow opposition leader Juan Guaidó, or anyone from either side who fears death?

Develop the policy now before people start fleeing across the Caribbean in boats, or come over the Colombian border to the U.S. Embassy in Bogota. Don’t wait to decide until it is too late.

3. Call in the Organization of American States

During the Cold War, the OAS was a key regional organization, assisting the U.S. in dealing with the Dominican Republic military in-fighting in the mid-1960s, organizing elections for a system that has persisted until today. The OAS was also instrumental in rallying an alliance against Cuba and the Rafael Trujillo administration in the Dominican Republic. But lately, the U.S. has felt little need to have much active involvement in the group since those days.

The OAS can do something the U.S alone cannot: rally fellow Latin American states, while giving the U.S. cover for changing a horrible regime like Venezuela. Sure, in Honduras 10 years ago, they consistently opposed a military solution and were perhaps wrong to withhold recognition of the new government, but we could have been there engaging the OAS better in the 2000s. With improved coordination (and the aforementioned consistency), the two can achieve an agreement not only on Maduro, but on the post-Maduro Venezuela. They have already made a clear and consistent set of statements this time. Negotiations between the OAS and its largest member need to be happening right now, to save Venezuela from itself. 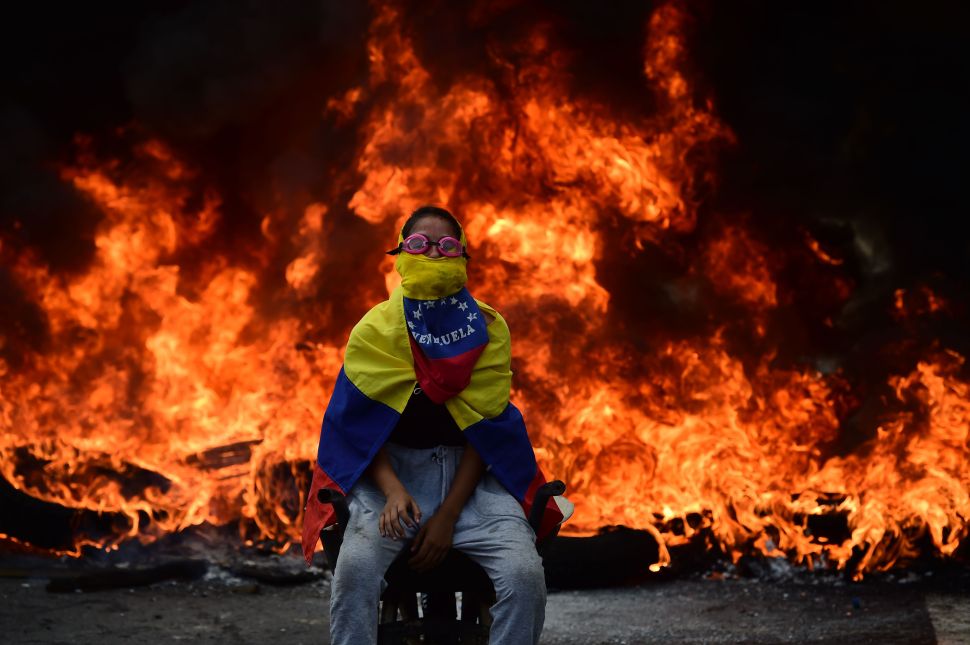