As innumerable former contestants on America’s Next Top Model will tell you, underestimating Tyra Banks has never served anyone well. The supermodel, TV show host and mogul has written books and launched her own production company, and now the ever-entrepreneurial Banks has set her sights on what she just promised Variety will be her “biggest” venture yet: Modelland, a 21,000-square-foot attraction in Santa Monica she plans to open toward the end of this calendar year.

What on Earth is Modelland, you ask? Well, Banks has some answers, which definitely consist of… several words. Honestly, she might be in over her head with this one.

This could be a bit of a stretch, but Banks’ vision for Modelland bears a certain resemblance to the outlandish promises made by Billy McFarland, the convicted felon whose disastrous, fraudulent Fyre Festival ruined livelihoods from Manhattan to the Bahamas and back again. McFarland had been scamming since the second grade, and he had monumental plans to launch a model-populated Coachella knockoff on a remote island. Maybe you heard, but none of them came to fruition.

Here’s what Banks said about her model-haven-slash-theme-park: “Modelland is going to be a place where the modeling world meets fantasy, meets entertainment, meets technology, meets retail, meets dining, meets… your fiercest best self you could ever imagine,” she told Variety.

Technology, retail, food and entertainment? Honestly, that sorta just sounds like the mall. Maybe Gwyneth Paltrow could sell her Goop wares at the counter?

Banks added, “From the beginning, when creating this attraction, I wanted Modelland to go beyond just a place to go to, but to be a place to feel emotion. You have to go there, you have to be part of it and you have to interact and focus on yourself. It’s all about you.”

OK, so maybe it’s more like an interactive mall kiosk with a shit ton of mirrors. This what we imagine it sounds like when an Amazon engineer and a Refinery 29 staff writer have too many drinks on a rowdy first date.

Ultimately, we’ll just have to wait and see whether this ambitious modeling-themed amusement park for Instagram influencers ever gets off the ground, but if Tom Schwartz and Tom Sandoval from Vanderpump Rules can successfully open a Hollywood bar, then someone as tenacious and unstoppable as Tyra Banks should be able to bring Modelland to life.

After all, some incredibly large-scale real estate projects do end up getting pulled off without a hitch. Like every great modeling agency, America was built by pushy dreamers who wouldn’t rest until their larger-than-life visions were rendered in brick and stone. 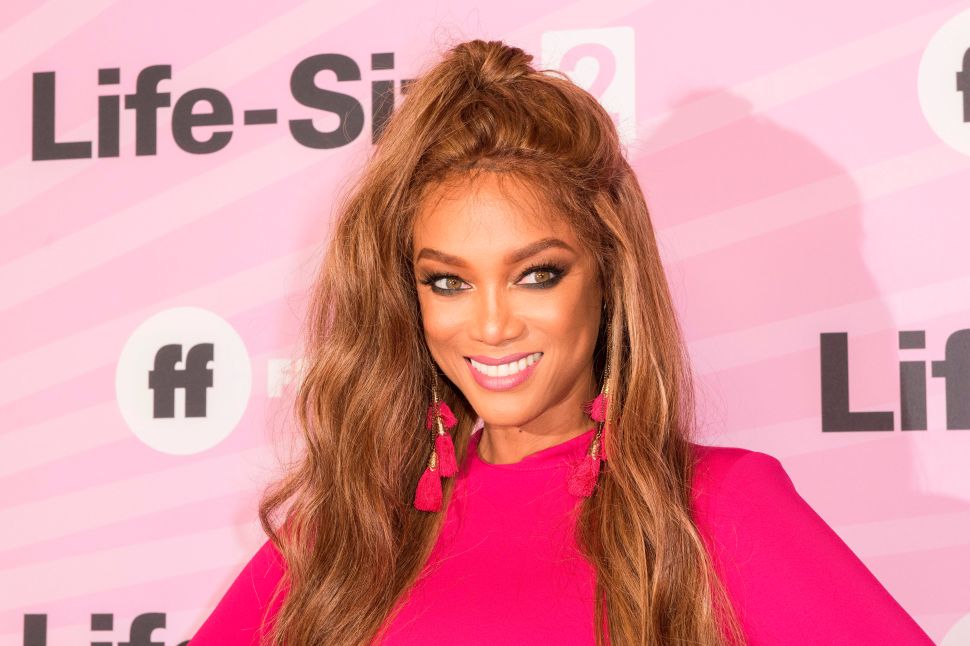