Former High School Musical star Vanessa Hudgens, who also graced our small screens in Netflix’s The Princess Switch last year, is ready to dump her customized Studio City home. The actress and singer has listed the Mediterranean-style house for sale after more than a decade of ownership.

Hudgens bought the five-bedroom, 6.5-bathroom abode for $2.75 million in 2008, two years after her Disney debut. “Vanessa loves old-world, Spanish-style homes,” Sotheby’s International Realty broker TJ Paradise, who has the $3.9 million listing, told Observer. “This architecture is something she’s attracted to.”

Carved wooden doors open into the 5,200-square-foot Los Angeles residence, which Hudgens definitely put her mark on. “There are a lot of Moroccan influences throughout,” Paradise said, citing its “grand, sweeping” staircase, which has big bay windows behind it.

Hudgens also went all out with color, both inside and out. “Vanessa painted the house a nice bright white with brown accents,” Paradise said. “Every inch of it has been painted. In the kitchen, the lower cabinets are a dark sage green, while the upper cabinets are a nice off-white cream.”

Aside from its popping cabinets, the eat-in kitchen features stainless steel appliances, a large center island and a separate breakfast area located close to another large dining room.

“It’s big, but not overwhelming, and each room has a purpose,” Paradise said, noting the home movie theater and the office and extra family room on the second level.

The master suite has vaulted ceilings, a large sitting area and a double-sided fireplace, while the additional bedrooms upstairs have en suite bathrooms and outdoor balconies.

Outside, there’s a dining setup, pool and spa, as well as a marble-topped bar adjacent to the barbecue. “It’s extremely private,” Paradise explained. “No one can see in when you’re in the backyard; it’s set up on a hill.”

Paradise declined to comment on where Hudgens is heading next, saying only that she “had the itch to move.” But it looks like Hudgens has already made a decision, as she and her longtime boyfriend, Austin Butler, paid almost $5 million for Gary Oldman’s Los Feliz house late last year. 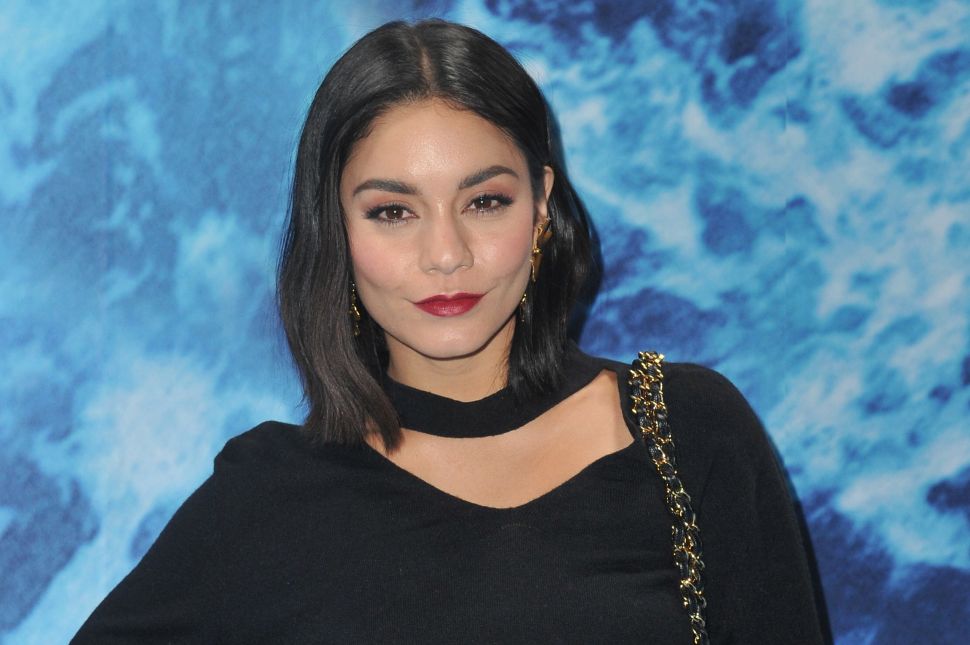