Turns out, Walmart is the only major U.S. retailer that managed to weather the retail turmoil over the past holiday season and possibly the only hope for old-world brick-and-mortar establishments to challenge the reign of Amazon.

On Tuesday morning, the country’s largest retailer reported a revenue of $138.8 billion and an earning of $1.41 per share for the quarter ending January 31, both topping Wall Street analysts’ expectations. Same-store sales, a key metric for retailers, also beat estimates with 4.2 percent growth from a year ago.

Walmart’s high-flying quarterly results came in stark contrast to the disappointing holiday-season earnings posted by peer retailers in recent weeks, including Macy’s, Target and Lowe’s, as well as the bleak big economic picture painted by the latest government reports.

Last week, the Commerce Department released industry-wide findings showing a 1.2 percent drop in retail sales from December 2018, the largest decline in a decade. The same week, the National Retail Federation (NRF), a trade organization representing U.S. retailers, said that 2018 holiday sales were up just 2.9 percent, about a third below forecasts.

“It appears that worries over the trade war and turmoil in the stock markets impacted consumer behavior more than we expected,” NRF president and CEO Matt Shay said in a statement last week.

But for Walmart, the trade war and stock market turmoil were non-factors compared with the broader “favorable economic environment,” according to CEO Doug McMillon, not to mention its own aggressive efforts to fuel growth—notably on the e-commerce front.

For the holiday quarter, a main revenue driver for Walmart was online sales, which surged 43 percent for the three-month period and is on track to grow over 40 percent for the whole fiscal year, just as the company has been targeting.

“Walmart has been able to track the best and the brightest from Amazon to make Amazon weaker,” Flickinger went on to explain, referring to a few of Walmart’s star hires for its e-commerce team, including Jet.com founder and former Amazon executive Marc Lore and David Criscione, who led Amazon’s first ever brick-and-mortar project, Amazon Go.

“Walmart has committed record capex (capital expenditure)[ on e-commerce], and they are telling vendors and shoppers that Walmart.com is growing while Amazon is slowing down,” Flickinger added.

Walmart said it would maintain its sales outlook for 2019 (the company’s fiscal year 2020), which it had trimmed in October last year, a sign that the retailer had looked past the market worries to aim for continuing growth.

“To us, the consumer looks like they’re in pretty good shape,” Walmart CFO Brett Biggs said on Tuesday’s earnings call. “We’re always monitoring the consumer and are ready to act if things change, but we feel our guidance is good for the next year, and our business model works well in most environments.” 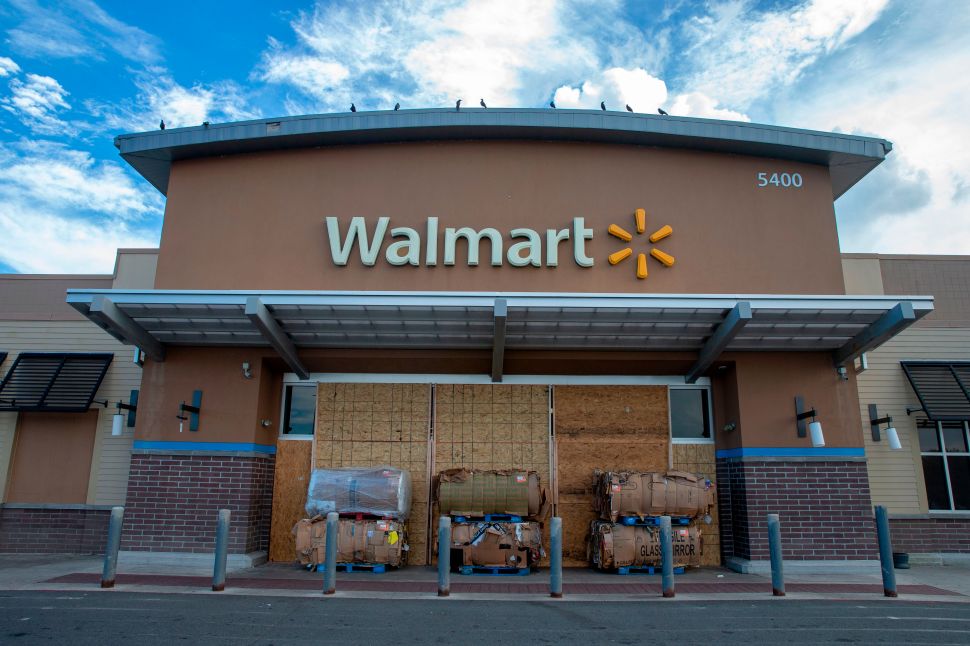