No matter how many impressive singles and doubles Warner Bros. churns out annually at the box office, no many how many Academy Awards the studio competes for, and no matter how many other titles fall underneath the company’s vast umbrella, all anyone ever wants to talk about is its DC superheroes. But we have news for you, folks: Warner Bros. doesn’t need DC Films to succeed.

It’s nice when a Wonder Woman or an Aquaman muscles its way to historic box-office levels, but not so nice when a Batman v Superman or Justice League underperforms. Given this comic-book-franchise volatility, these movies can often be more of a headache than anything. Which is why we should occasionally shift our focus away from the all-consuming rumor-mongering of The Batman and instead turn our attention to WB’s other major properties. In a recent interview with the Los Angeles Times, Warner Bros. CEO Kevin Tsujihara discussed the potential reboots the studio might be tinkering with.

“We have incredible franchises on the features side such as The Matrix,” he said. “We’d love to work with George Miller on furthering the Mad Max franchise. We feel there’s a big opportunity on the Looney Tunes and Hanna-Barbera side as well. We need to invest and build those franchises up. We think that, despite their age, they still maintain a special place in kids’ hearts.”

He continued: “I’m really excited about Space Jam 2… We have a Tom and Jerry movie. We have a lot of stuff in development around those beloved characters on the movie side that we want to augment on the TV animation side.”

Family-friendly content will always be a strong bet. As Disney dominates with Pixar and its own originals, and Universal crushes with DreamWorks and Illumination, WB certainly needs to make a concentrated effort to beef up its theatrical animation division. But the real attention-grabbers that Tsujihara mentions are obviously The Matrix and Mad Max.

This is not the first time a continuation of The Matrix series has come up. Screenwriter Zak Penn (Ready Player One, The Avengers) has been working on some mysterious project set in that universe for a while now, though nothing official has come of it. Given that it’s a multimedia, extremely profitable original superhero franchise, it makes sense for WB to dip back into this well again, though it’s worth considering audience-demand levels all these years later.

As for Mad Max, that seems a bit more pie-in-the-sky. Miller and WB are still locked in a contentious legal battle over profits from Mad Max: Fury Road. Although that movie was beloved by fans and critics and won six Oscars, it wasn’t the type of blockbuster smash hit (it pulled in $379 million worldwide off a hefty $150 million budget) that would force all parties involved to put aside their differences. Even Tsujihara’s phrasing makes it seem as if that’s the studio’s vision and not necessarily the reality.

Then again, Fandango’s Erik Davis recently teased movement on a potential sequel on Twitter while posting a still from the feature. So we guess the movie’s status is a firm ¯\_(ツ)_/¯ at this point. 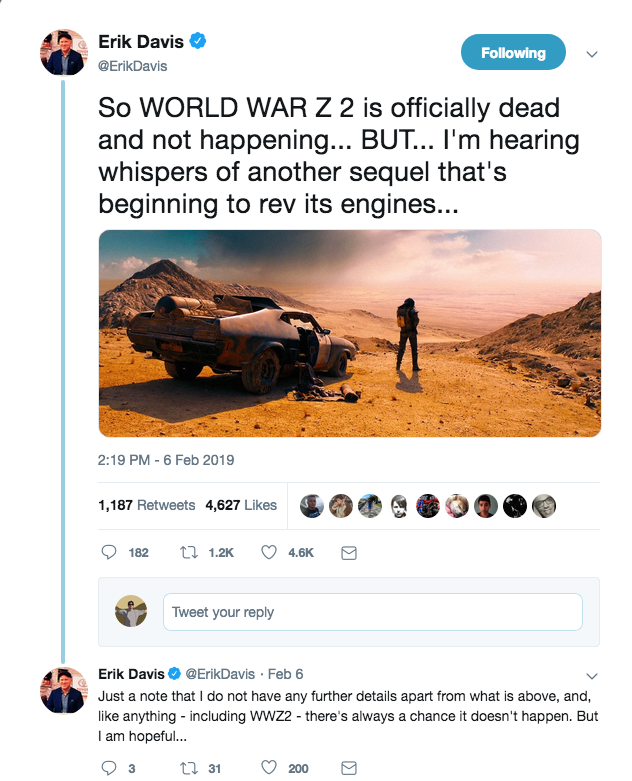 Ultimately, it’s clear that WB’s blockbuster slate boasts more than just DC Films. The 96-year-old studio has a vast library of titles, many of which could be making a comeback in the near future. Its release schedule will continue to be diverse and filmmaker-friendly, and if DC Films can continue hitting home runs, that’s just icing on the cake. 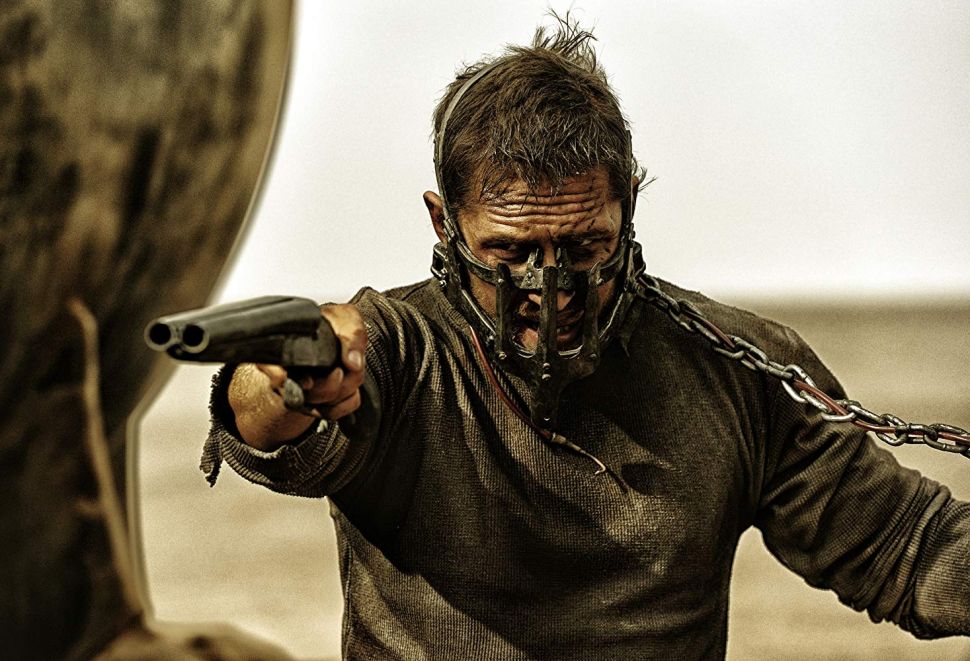