This week news broke that veteran TV exec Bob Greenblatt and WarnerMedia are in talks about him taking on a possible leadership role overseeing HBO and Turner. Notably, the report, published by The Wall Street Journal on Wednesday, comes directly after a federal appeals court upheld AT&T’s acquisition of Time Warner, meaning the company is preparing for significant changes across the board.

WarnerMedia head John Stankey would apparently put Greenblatt in the top spot at HBO, Turner—which includes the cable channels TBS and TNT in addition to Cartoon Network, Adult Swim and TruTV—and WarnerMedia’s upcoming standalone streaming service. The company had kept Turner and HBO separate, though Stankey and AT&T chief Randall Stephenson have discussed consolidating under one roof while rerouting some of Turner’s content budget to HBO. The premium cable network is set to beef up its offerings in an attempt to lock horns with Netflix.

However, such a move would most certainly disrupt the company’s existing hierarchy, which includes Turner head David Levy, HBO chief Richard Plepler, and streaming head Kevin Reilly. As of now, HBO boasts television’s most-watched show, Game of Thrones, while TBS and TNT rank among the top 15 most-watched networks. Adapting to the new reality of entertainment is necessary for development, but there’s also a risk of fixing what isn’t broken. Furthermore, it’s fair to debate the pros and cons of instilling Greenblatt atop the pyramid.

UPDATE: Richard Plepler is reportedly leaving HBO after 30 years with the network and David Levy is out at Turner.

The television executive has a mixed track record, though one sporting considerable upside to be sure. He started off running prime-time programming for Fox, where he developed Melrose Place, The X-Files, Party of Five and Beverly Hills, 90210—all hits. Later, as president of entertainment for Showtime, he developed notable series such as Weeds, Dexter, Californication, The Tudors and Nurse Jackie.

That said, his tenure as chairman of NBC Entertainment was an uneven one. The Peacock Network is famous for its comedy lineup, which was strangely tumultuous under Greenblatt.

He bypassed the traditional pilot development system to dole out a significant straight-to-series order of 22 episodes for The Michael J. Fox Show; it lasted just one season. He supported Whitney and Are You There, Chelsea? over underappreciated fare such as Bent; the former two lasted a combined three seasons. Under him, Fox beat out the network with New Girl and The Mindy Project—the latter of which was first developed at NBC. During his time, the network also futzed with lineup schedules, which occasionally led to niche shows getting buried in suboptimal time slots.

It’s worth noting, however, that Greenblatt did inherit a network that was last place in the ratings race but graduated to finish as the top-rated prime-time network in the 18-to-49 demo in four of his last five years—no small feat. Though he left his NBC post this past September, the network finished 2018 as the most watched on TV overall, thanks to hits he scooped up like This Is Us and The Voice.

There’s a lot of good on Greenblatt’s résumé, and there are questionable patches that merit discussion, which is the case for just about every single major TV executive in the business. One thing is for sure, though: How WarnerMedia proceeds from here will help define the very near future of its small-screen efforts. 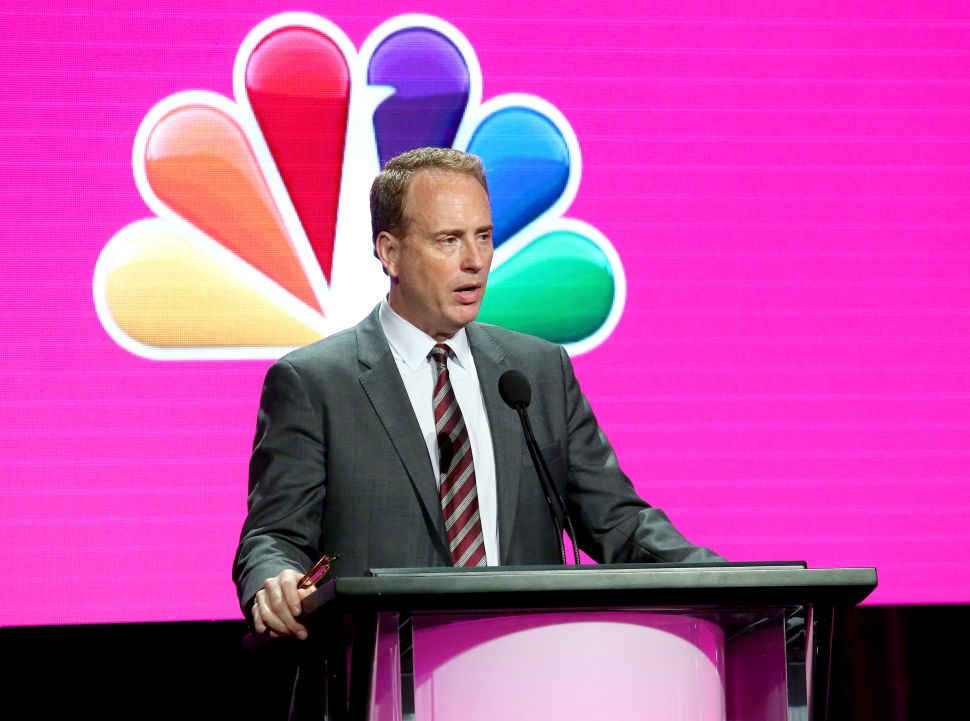