Berkshire Hathaway CEO Warren Buffett is in no hurry to retire just yet. But that hasn’t prevented his investors from anxiously expecting him to draft a clear succession plan. After all, the legendary investor is 88 years old, and his lifelong business partner Charles Munger is 95.

So far, the most likely successors to Buffett, as we’ve learned, are two immigrant executives at Berkshire: head of insurance operations, Ajit Jain, 66, and chairman of Berkshire Hathaway Energy, Greg Abel, 55.

In the opening section of Buffett’s latest annual shareholder letter, dropped on Saturday, he highlighted the promotion of Jain and Abel in January 2018 to be vice chairs of the Berkshire Hathaway board—a title Munger holds—as “some really good news that is not reflected in our financial statements.”

“These moves were overdue. Berkshire is now far better managed than when I alone was supervising operations. Ajit and Greg have rare talents, and Berkshire blood flows through their veins,” Buffett wrote in the Saturday letter.

Jain and Abel came from quite different professional backgrounds, but both are longtime confidants to Buffett and Munger.

Jain, an Indian native and Harvard-trained professional manager, joined Berkshire in 1986 from consulting group McKinsey and Co. to manage Berkshire’s giant insurance business, which provides coverage against major catastrophes for clients, while generating tens of billions of dollars of premiums for Berkshire to invest.

“Ajit has created tens of billions of value for Berkshire shareholders. If there were ever to be another Ajit and you could swap me for him, don’t hesitate. Make the trade!” Buffet wrote in his 2017 shareholder letter.

Abel, originally from Canada, had most of his career rooted in the energy industry outside Berkshire. Before joining Buffett’s investment house, Abel spent over a decade at MidAmerican Energy, which Berkshire took a controlling stake in 1999. Berkshire then renamed the company Berkshire Hathaway Energy in 2008 and appointed Abel CEO.

“I get a lot of phone calls each day, and I always make time for Greg when he calls because he brings me great ideas and is truly innovative in his thinking and business approach,” Buffett told the University of Alberta’s School of Business Alumni Magazine, a school publication by Abel’s alma mater, in 2013.

Buffett first floated the pair as potential future leaders for Berkshire in his 2014 letter to shareholders.

“Under this Buffett-soon-leaves assumption, his successors would not be ‘of only moderate ability.’ For instance, Ajit Jain and Greg Abel are proven performers who would probably be under-described as ‘world-class,'” Munger wrote in his section in the 2014 letter. “‘World-leading’ would be the description I would choose. In some important ways, each is a better business executive than Buffett.” 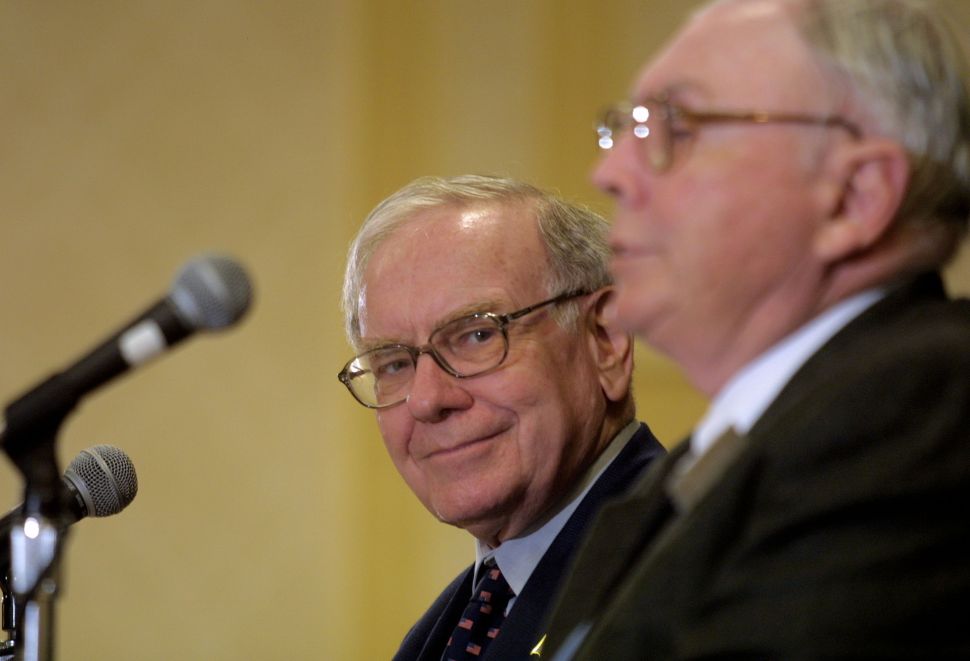