Charlie Munger, the longtime business partner of Warren Buffett and vice chairman of Berkshire Hathaway, is not only considered one of the most successful investors of his time, but is often looked up to as a revered source of business and life advice.

“You must be thinking about Elon Musk,” Munger half-joked, prompting a roar of laughter.

“I don’t want my personal life to be [around] a bunch of guys who are living in a state of delusion, who happen occasionally to win big,” he continued. “I want the prudent person.”

To be clear, Munger does consider Musk to be a very smart man, but he probably wouldn’t offer him a job if the day ever came.

Last May, in an interview with Yahoo Finance’s editor-in-chief Andy Serwer, Munger praised Musk as “bold and brilliant” when asked about his thoughts on Tesla.

“[Tesla] has already created more significance than anybody had predicted. Its founder is bold and brilliant, and he swings for the fence. People like that get some remarkable results,” he said. “Sometimes they get some quick failures. I haven’t the faintest idea how Elon Musk will turn out, but he has a considerable chance of success and considerable chance of failure. He seems to like it that way.”

Munger and Buffett’s investment conglomerate Berkshire Hathaway doesn’t have any direct ownership in Tesla or other Musk-led companies.

At Thursday’s meeting, Munger spent two hours taking questions from an admiring crowd on a range of topics, from stock-picking advice and tips on health and longevity to why on earth was Warren Buffett so much richer than him despite the two being business partners for life. (Per Forbes, Munger’s net worth stands at $1.7 billion, while Buffett is worth a whopping $87 billion.)

“Well, he got an earlier start. He probably is a litter smarter. He works harder,” Munger reckoned on that last question.

But then, after a short pause, he wondered out loud, “Why was Albert Einstein poorer than I was?”

You can watch the full Q&A session here: 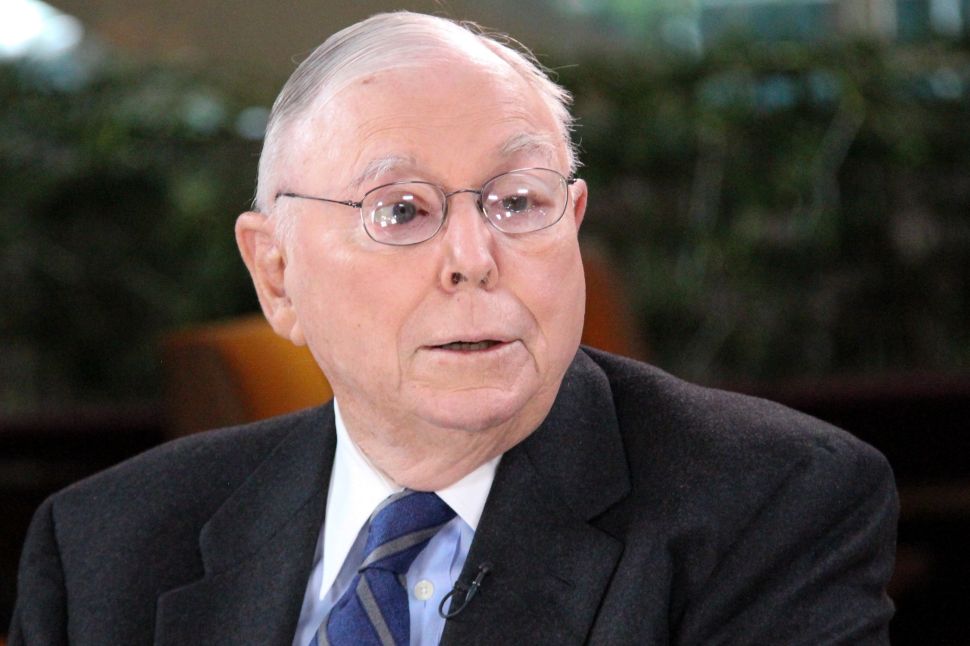