The first months of the year are always reliably jam-packed with big-budget telecast ceremonies devoted to showcasing America’s best and brightest: the Academy Awards, the Super Bowl and, of course, the Grammys.

But something rather unprecedented is going down at the 61st Annual Grammy Awards, which airs this Sunday, February 10. The show, which is nominally an evening of industry showboating in which the most famous musicians on the planet converge to look fantastic and pat one another on the back, will likely feature almost no chart-topping stars. Friends, we’re talking no Beyoncé, no Taylor Swift, no Kanye West and no Drake.

To make matters worse, recent developments indicate that Ariana Grande, who is on an invincible winning streak right now (despite her recent tattoo snafu) and who was previously scheduled to perform at the awards, is backing away from it faster than you can say “thank you, next.” The reason? She was apparently treated rudely by Grammy producers, who reportedly told her she could only perform “7 rings” if it was part of a medley.

So what’s the other reason this year’s Grammys are shaping up to be so bereft of the usual celebrities?

To rewind just a little bit, all the way back in May 2018, the Recording Academy, which throws the Grammys every year, announced the names of the 18 people it had chosen for a Diversity and Inclusion Task Force. The task force was formed to “examine barriers and biases affecting women and other underrepresented voices in the music industry,” and it was a long-overdue and welcome step to take equality in this incredibly lucrative business more seriously.

A couple of months after the committee was formed, the Recording Academy invited 900 new members to join the voting body in charge of determining Grammy nominations, all of whom are “female and/or people of color and/or under 39.” Media commentators were subsequently shocked when the latest batch of Grammy nominations snubbed scores of huge stars, but as the voting party evolved to reflect more of actual America, it became evident that acts like Swift may see themselves pandered to less and less.

That’s right: This year, Taylor Swift was shut out. This is particularly incredible given the fact that the singer has long been a poster child for the Grammys; she’s won album of the year twice, for 1989 in 2016 and for Fearless in 2010. Also shut out? Ariana Grande and Beyoncé and Jay-Z, a.k.a. The Carters.

So can you really blame these artists for not wanting to show up—especially given that Jennifer Lopez has been tapped to headline a tribute to, um, Motown?

It remains to be seen whether Sunday’s proceedings will be populated with sufficient high-caliber star power (Drake, who hasn’t attended since 2013, and Kanye have criticized the event for years), but all hope is not lost. After all, you don’t have to be Beyoncé-famous to be a laudable artist and deliver a gangbusters performance.

Alicia Keys is hosting. Lady Gaga, who’s nominated five times this year, is coming back for the fifth year in a row (she’ll likely perform her Star Is Born standout “Shallow,” which received four nods alone). Inimitable legend—and 11-time Grammy winner—Dolly Parton will take the stage for the first time since 2001, and also enjoy a special tribute to her hits featuring singers like Kacey Musgraves and Katy Perry. Meanwhile, 2018 nominees like Musgraves, Cardi B, Janelle Monáe, Teddy Geiger, J Balvin and H.E.R. are all thrilling indicators of where pop music is headed.

No doubt Grande will find some creative way to turn her absence into a brand-boosting asset. Grammys diss track, anyone? 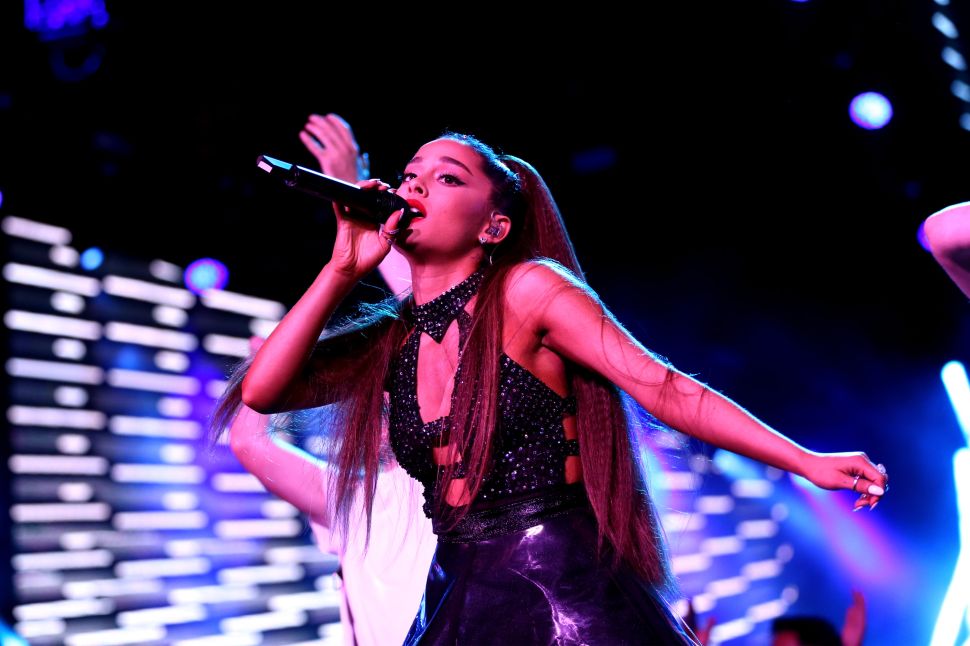