This week, Gucci released what could best be described as its Super Bowl commercial. The video accompanies Gucci’s messaging and advertising for its Spring/Summer 2019 collection, and the campaign to promote its new wares will undoubtedly be distributed on innumerable platforms over the upcoming weeks and months. (Good luck avoiding eye contact with a massive Gucci billboard if you live in a coastal metropolis.)

The iconic Italian luxury brand has been a staple of retro-chic indulgence since it was founded in the 1920s, but it has also reached new heights of ubiquity in recent years partly due to the success of relentless digital media strategies that successfully cemented Gucci in the minds of young, aspiring tastemakers.

For this reason, the new campaign is somewhat of a surprise: It’s an aggressive homage to the long-lost halcyon days of Hollywood, featuring scenes ripped directly from Singing in the Rain, sequences involving gray-haired directors shouting into bullhorns and a model lip-syncing to “There’s No Business Like Show Business.”

Why the pivot? Just a couple of years ago, Gucci was knee-deep in the realm of internet humor and working overtime to keep up with Instagram influencers, as would any other self-respecting brand interested in staying relevant in the age that saw the Kardashians become inescapable and the election of a Twitter-obsessed American president.

In addition to hiring up-and-coming actresses like Dakota Johnson and Hari Nef (who also has a formidable online presence) to star in campaigns and host elaborate, downtown cool-kid events, Gucci courted the 20-something demographic with an ad campaign that anyone who grew up on Tumblr would immediately appreciate: #TFWGucci, a “collaborative meme project” and viral marketing initiative that involved commissioning famous artists with big social media followings to create artwork incorporating Gucci products.

commission 4 @gucci (not even joking) Disclaimer: I didn't make the typo lol

The meme campaign worked: By September 2017, Gucci had seen a 44.5 percent increase in revenues overall. Even more impressively, 50 percent of Gucci’s sales were reported to be coming from millennials, a notoriously difficult market to crack in the world of luxury goods.

So why all of a sudden is the brand turning away from the internet and instead drawing campaign inspiration from movies that include, per its new press release, An American in Paris (1951), The Band Wagon (1953), Cover Girl (1944), There’s No Business Like Show Business (1954), Gentlemen Prefer Blondes (1953) and Singin’ in the Rain (1952)?

It could simply be a good-old-fashioned weird artistic decision, for sure. But maybe Gucci just got so good at appealing to millennials, it forgot to cater to the middle-aged-and-over demographic—otherwise known as the consumers who actually have disposable income to spend. This could very well be its attempt to course-correct in the classiest, most glamorous way possible. 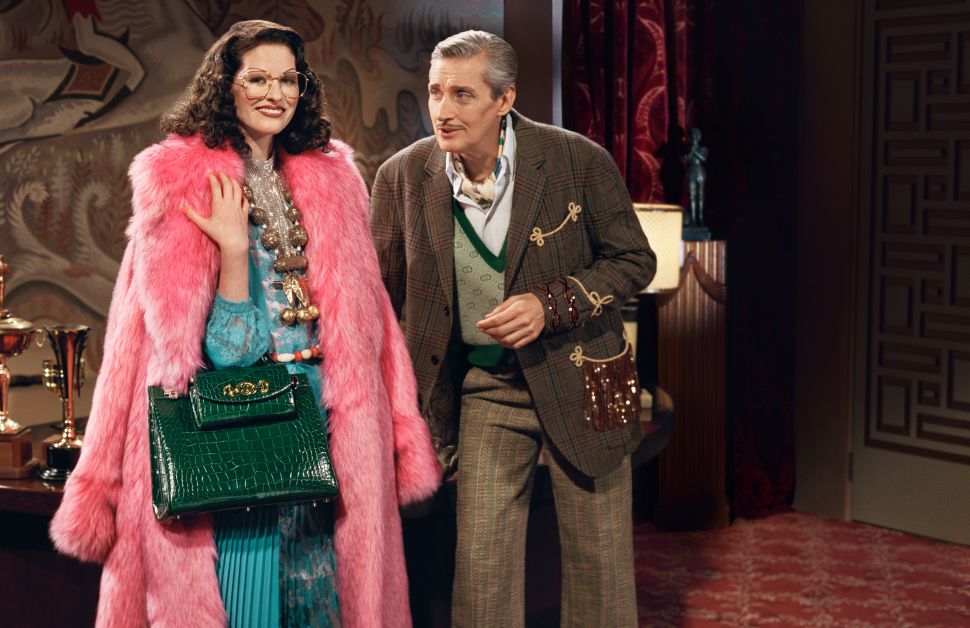