Earlier this month, prominent YouTube vegan and competitive free-runner Tim Shieff committed a cardinal sin in the digital vegan community: He revealed that he had officially renounced his vegan lifestyle and would be consuming meat and other animal byproducts. This came just months after he admitted that he’d eaten eggs and fish at the culmination of a monthlong “ fast.”

For a non-YouTuber civilian, to be vegan or not is a choice based solely on one’s personal preference. But Shieff’s dietary change has had significant career consequences in that he’s now parted ways with ETHCS, the vegan clothing company he founded.

“When Tim told us of his intention to return to eating animal products, we were obviously very shocked and upset,” ETHCS told Plant Based News, a vegan news platform. “We have all been proud vegans for many years, and promoting the vegan message and ethical lifestyle choices was very important to us all. Considering ETHCS was founded on these same principles, we all agreed it would be best if Tim stepped away from the company. And in time Tim agreed too.”

Consider the wounded tone here—the clear implication of deep-seated betrayal and the rupture of long-held friendships. To be vegan and famous online is a high-stakes endeavor that’s been playing out in the public eye for years, and it can sometimes result in some pretty vicious infighting.

In May 2016, Ellie Shechet at Jezebel wrote about a dizzying saga involving a vegan YouTuber named Freelee the Banana Girl, who purportedly ate 51 bananas daily and talked enormous amounts of shit about other vegan bloggers. That same month, Madison Malone Kircher at New York magazine unearthed still more squabbles between a bodybuilder named Richard Burgess, who went by “Vegan Gains,” and Pete Czerwinski, a.k.a. “Furious Pete,” after Gains and his fans attacked Pete online for not following a vegan diet.

And just look at last year’s debacle involving Anna Scanlon, a vegan YouTuber from California. Scanlon alleges she was targeted by Charles Marlowe-Cremedas, a.k.a. Vegan Cheetah, another vegan YouTuber, whom she believed built his brand, at least partly, on criticizing other vegans in the video blogging community.

When Scanlon wrote a Facebook post critiquing Marlowe-Cremedas, she says, he retaliated by spreading a false allegation that she had performed sexual acts over a Skype call in an attempt to blackmail him. “At one point I Googled myself and I got the result ‘Anna Scanlon offers sex.’ I threw up,” Scanlon told BBC. She’s since filed a lawsuit against Marlowe-Cremedas, but says she continues to receive online abuse from his fans and followers.

Living a vegan lifestyle can be challenging—one is abstaining from all animal products, after all—which is perhaps why it inspires such passionate commentary from those who adhere to it. But YouTube vegans are dealing with an entirely different strain of difficulty: Their diet has everything to do with their livelihood. YouTubers make money via advertising revenue, so if something happens to disrupt their flow of content, it can have potentially catastrophic effects on their bottom line.

Simply by announcing he’d consumed eggs and salmon, Shieff essentially put himself out of business. Unlike the farm-cultivated plant items that his heartbroken fans are sticking too, that’s pretty wild. 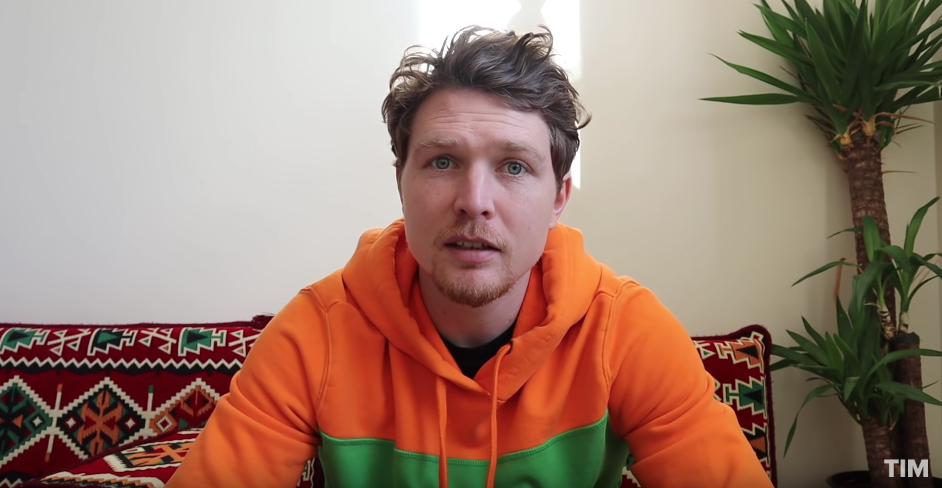