In the next two years, Republicans and Democrats will work together in harmony to create a bill to benefit all Americans. In the wake of the longest government shutdown in U.S. history, President Donald Trump’s contentious State of the Union address, a ballooning partisan divide, and the recent national emergency declaration, this likely sounds far-fetched—but it’s true.

At least one national issue carries enough bipartisan appeal to have a fighting chance: workforce development. Just last year, a four-person team of bipartisan senators—two Republicans and two Democrats—introduced a joint resolution to declare September “National Workforce Development Month.” Though it’s more of a symbolic step, it suggests that officials on both sides of the aisle still want what’s best for American workers.

Regardless of party affiliations, government leaders must care about providing constituents with ample access to job opportunities and economic mobility. Even the most cynical observer understands that better career opportunities lead to happier people—and happier people re-elect leaders who help them thrive. Though some politicians might not genuinely believe in their duties to the people, all of them believe in the next election cycle. It determines survival in their jobs, after all.

Sadly, efforts so far—bipartisan or otherwise—have failed to bring the U.S. fully up to speed. According to the Council of Economic Advisers, we invest significantly less in workforce development than comparable nations. Our economy also suffers from a lack of digital talent, and this gap will only widen as the years pass. As technology and automation continue to transform the job market and create major rifts in talent availability, America’s legislators must rise to the challenge.

The federal government has a variety of opportunities to push workforce development in the United States. Right now, the U.S. Department of Labor’s Workforce Innovation and Opportunity Act is in the driver’s seat.

The act seeks to provide skills-based and employer-led training programs to people looking for better career paths. Rather than provide training directly from the government, the 2014 law encourages employers to work in their own best interests. According to McKinsey & Co., employers are willing to do so—but they want to see returns on their investments (ROIs) first. Employers who understand the ROI of training programs are willing to spend an average of two months’ salary getting workers up to speed.

The Workforce Innovation and Opportunity Act has been moderately effective, but it doesn’t do enough to prepare job seekers for a new digital reality. Some states are picking up the slack with policies that encourage more students to pursue degrees and programs in science, technology and related fields. This is an excellent plan to build talent pipelines and provide businesses with access to more qualified candidates in the near future.

Universities can’t do this alone, though. They need more resources and funding to provide students with a comprehensive educational experience. Increased investments to spur improvements in this area—from modernized facilities to in-depth faculty training—could help local employers hire more workers from nearby schools.

Unfortunately, many traditional educational institutions don’t have the funding or agility to evolve curriculums quickly enough to keep up with industry trends. The Workforce Innovation and Opportunity Act and other federal aid can help states and local communities bridge the gap.

Speed is key to government intervention in labor demand. By working on these issues now, the U.S. will not only chip away at the tech talent gap, but also get ahead of the workforce development issues looming on the horizon.

Consequences of Delay and Advantages of Action

As more jobs become obsolete in the face of automation, workers will need more robust retraining and apprenticeship programs. A new Brookings report shows that 70 percent of daily tasks in high-risk jobs—which represent a quarter of the American job market—are likely to be automated. Workers with less education and training are the most vulnerable to job loss. And if those workers have nowhere to turn when their career paths evaporate, unemployment rates will skyrocket.

Joblessness takes a heavy toll on both individuals and the nation. When unemployment rates begin to climb, communities quickly become poorer, leading to a host of issues for affected families. As we’ve seen from the government shutdown, many people are only a paycheck or two away from major financial disaster.

During the Great Recession, unemployment benefits alone cost the U.S. $520 billion. When put toward workforce development, a fraction of that money could reduce unemployment costs and help companies fill much-needed roles.

Thousands of knowledge-economy jobs offering both high pay and upward mobility go unfilled for months or even years: One February 2017 Glassdoor estimates put the cost of 263,586 unfilled information technology jobs at more than $20 billion in lost income. To thrive, America’s economy needs those jobs filled by skilled workers.

Our country is at an inflection point. If this issue is approached correctly, we could flip the skill sets of the workforce and drive the economy for the coming decades. If the government fails to provide adequate retraining and apprenticeship opportunities, though, the tech talent gap will continue to widen as workers pushed out of longtime roles wonder what they could have done differently.

Workforce development isn’t a sexy political issue, but it is a bipartisan one. With hot-button topics such as immigration reform dominating headline after headline, policy concerns like this one get pushed to the bottom of the list as politicians jockey for clout.

This can’t continue. Americans need jobs, and to get those jobs, they need opportunities to develop skills that will help them fulfill the roles of the future. Sure, voters are split on issues ranging from climate change to Russia’s involvement in the 2016 election—but they agree that the economy is worth protecting.

Public leaders can earn the respect of their constituents by putting aside differences of opinion and giving American workers help that they truly need. Legislators can make it a priority to pave the way for every American to earn a high-quality job with growth opportunities. Citizens will enjoy financial security and insulation from evolving job market demands. Businesses will have access to the talent they need to thrive.

The decision to invest in workforce development should be a no-brainer for Republicans and Democrats alike. In a short-term future that looks to be defined by argument and gridlock, this issue should be one area where both sides can agree on what’s best for the future of the nation.

Jeff Mazur is the executive director of LaunchCode, a nonprofit organization aiming to fill the gap in tech talent by matching companies with trained individuals. 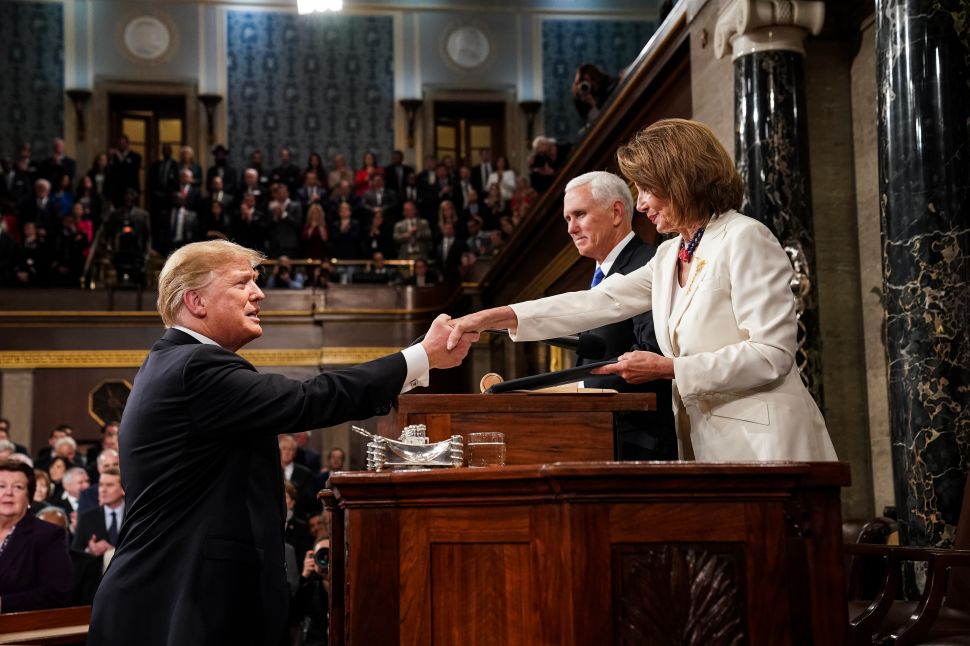