You’ve probably heard this too often: Millennials are no longer getting married and are rejecting the arrogant idea of big weddings.

But wedding industry insider Shan-Lyn Ma doesn’t quite buy this theory. And perhaps nothing serves as better counter-proof than the success of her five-year-old New York City-based company, Zola, an online one-stop shop for wedding planning and bridal registry.

That observation was in part what inspired Ma to found Zola in 2013 with the ambition of bringing a dose of e-commerce disruption to the wedding industry, a field miraculously untouched by the digital revolution.

Ma, a former product manager at online fashion and lifestyle giant Gilt Groupe, got the idea of a streamlined wedding registry service after experiencing the frustration of buying gifts for newlywed friends and hearing others complain about it being the “worst part of wedding planning.”

“2013 was the year in which all my close friends got married, so I was going to a lot of weddings and buying a lot of wedding gifts online. I’ll tell you, some of these department store wedding registry websites were the worst e-commerce shopping experiences I’d ever seen,” she said.

Before long, Ma teamed up with her old-time Gilt colleague, Nobu Nakaguchi, who had led user experience design at the online retailer, to set up the initial version of Zola.

Zola is notably different than traditional retailers’ wedding registry service in two ways: First, it carries a significantly larger product assortment (over 50,000 products from 700 brands) than traditional department stores, which makes it easier for engaged couples to consolidate their wishlist all in one place, rather than registering at multiple stores. Zola also carries many “cool” brands that typically aren’t available in department stores—think GoPro and Soulcycle Bike—as well as non-material gifts like a flight ticket or even cash.

“Millennials are getting married at a much older age than their parents did. That means they want different things for weddings,” Ma said. “Couples nowadays want gifts not just from brands they already know and love, such as Le Creuset and KitchenAid, but also up-and-coming new brands, experiences and honeymoon funds.”

Zola makes money in the same way as traditional wedding registry services by taking a wholesale cut between brands and shoppers.

Since 2017, the platform has expanded its services to include free wedding website design, making wedding invitations and a feature that allows couples to see photos taken at other weddings across the U.S. to get inspiration for their own big day.

Last May, Zola scored its largest investment to date, a $100 million funding led by Goldman Sachs’ venture arm, which pushed the startup’s valuation to a near-unicorn status of $600 million.

When asked how being part of the wedding industry has affected her own thoughts about love and marriage, Ma, a single upper-range Millennial, said, “I, as ever, remain a romantic and look forward to getting married someday. Haven’t had a lot of time to date, but I’m still very hopeful.” 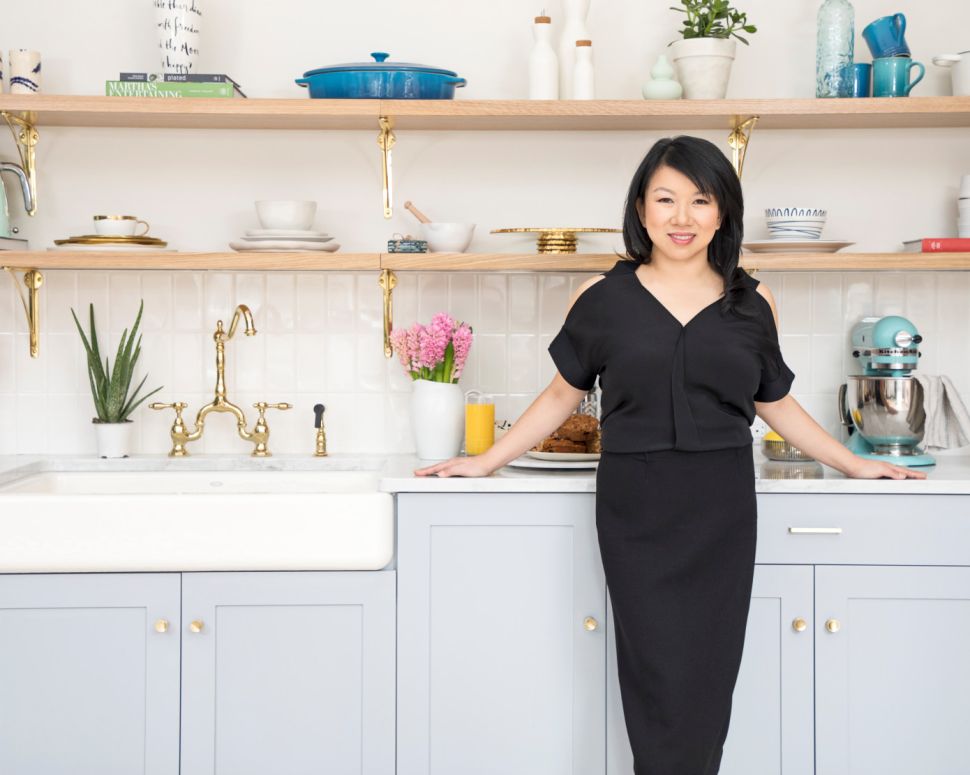