In the opening scene of a violent film about female empowerment in extremis called A Vigilante, a man comes home from work, collapses on the sofa and finds himself confronted by a tough woman who looks like Olivia Wilde after a middleweight championship bout with Rocky Graziano. Egad, it is Olivia Wilde, playing Charles Bronson in her first important role as a lady juggernaut called Sadie.

The man on the sofa is shocked to hear Sadie say, “Today you will do the following  three things: You will sign this house over to your wife. You will transfer 75 percent of your funds to a bank account in her name. And you will leave for good.”

“Who the hell are you?” he asks. She knocks him to the floor and, covered with blood, he’s forced to sign over his assets and exit through the front door, passing his astonished but grateful wife on the way out.

It turns out Sadie is a renegade vigilante feminist dedicated to saving women and children in peril and destroying the men who abuse them. Her work apparently does not make her happy. For the next 90 minutes, we find out why, as writer-director Sarah Daggar-Nickson follows her through one miserable assault after another and gives Wilde a strenuous workout in the process.

She writhes on the floor. She sobs and gnashes her teeth. She attends women’s support groups, listening to the confessions of battered women shattered by domestic carnage, taking on new clients for whatever they can pay in food, money or a handshake. Agreeably, these people have value and deserve retribution, but watching so much nonstop physical and emotional anguish eventually grows tedious.

As the cases multiply, so do Sadie’s clients. Between assignments, she works out with punching bags and beats up her furniture, wearing a variety of wigs and disguises while she inflicts torture on hateful husbands, fathers and lovers. I guess I run the risk of being accused of chauvinism if I meekly ask why the men don’t call the cops or 911. Undeniably, her victims deserve to pay for their inhumanity, but a lot of actual logic goes missing.

Why are the men so weak? Why do they allow their heads to be bashed in with boards? In all fairness, it must be reported that Sadie doesn’t restrict her reputation as a female Rambo to men. Sometimes she turns abused children over to child protection services and beats the crap out of their mothers in the bargain.

No doubt there are more cases of domestic violence rampant in society than we know, but a movie about so many of them is not a pleasant experience. This one shifts abruptly at the one-hour point, when Sadie inevitably comes face-to-face with the mercenary ex-husband (Morgan Spector) who left her half-dead, murdered their son in a mad rampage and disappeared, making it impossible for her to claim his life insurance.

Sadie does have one rule: Anything goes as long as the job stops short of murder. But when this fiend ties her up, breaks her arm and seeks his own revenge by tracking her through the snow to a final showdown, she breaks her own rule while the audience cheers. The last half-hour is such a storm of sadism that it is not always watchable, but Wilde is both sympathetic and repellent, conjuring a variety of moods to paint a harrowing portrait of a woman picking up the pieces of her broken life by fighting back.

Jennifer Lopez got there first, in Michael Apted’s 2002 revenge thriller, Enough. But it’s still good to see a cunning and capable actress rise above her usual projects, such as stupid fodder like Tron or Cowboys and Aliens, or labels like “Sexiest Vegetarian Celebrity of 2010.” She’s very good this time around, and I reserve equal praise for the slimy verve and ruthless cruelty of Spector, who’s the creepiest thing on TV in Homeland.

After Enough and five Death Wish movies, the revenge genre is not without its recurring clichés, many of which get defrosted and microwaved again in A Vigilante. The point, if there is one, is that “heinous criminal felonies are acceptable if they are justified by a woman driven beyond the limits of reason.” As one battered wife says, “Every graveyard is full of people who didn’t make it.” The same is true of old movies gathering dust in Hollywood film vaults. 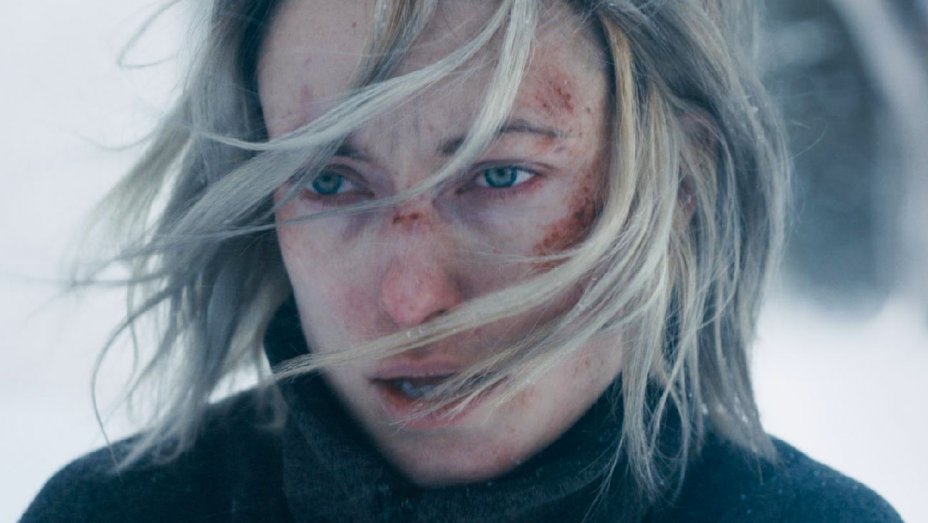