Alex Rodriguez and Jennifer Lopez are just now heading back to the real world from their getaway in Baker’s Bay in the Bahamas, where the former New York Yankee captain recently proposed to the singer-actress with an enormous diamond ring that has been estimated as a $1.8 million, 16-carat bauble.

But as they celebrated their engagement in the Caribbean, the erstwhile baseball star dealt with business in Los Angeles. Rodriguez has been trying to part with his 3,700-square-foot Hollywood Hills home since he listed it for sale at $6.5 million in November last year, but it seems he’s even more motivated to find a buyer for the property, as he’s just sliced the price down to $5.25 million.

It’s still a respectable amount more than the $4.8 million A-Rod paid for the four-bedroom, four-bathroom property back in 2014 when he bought it from none other than Meryl Streep. So yes, prospective buyers will be taking over a twice-celeb-pedigreed abode.

The home was originally built in 1954 and is known as the Honnold and Rex Architectural Research house, and more recently, it received major updates and renovations courtesy of Xorin Balbes, per the listing held by Westside Estate Agency broker Carl Gambino.

The midcentury residence features plenty of floor-to-ceiling glass sliders throughout, creating a bright and airy aesthetic. There are Italian marble floors, and the double-height living area contains a massive stone-clad fireplace. The dining area is perhaps the most whimsical space, with an array of scribbled-style smiley faces all over one of the walls.

The kitchen is open to a living area and has light wood accents, stainless steel appliances, a big wine fridge and a center breakfast island topped with gray marble.

There are many glass walls in the master suite, as well as a modern bathroom with a built-in square tub and separate shower. Outside, there’s a zero-edge pool with lounging areas and a fire pit in addition to numerous flat screens—which, in a less than shocking twist, currently appear to be tuned into a baseball team.

A-Rod and J. Lo haven’t made any joint purchases in Los Angeles yet, at least not that we’ve spotted, but they do have one big project in the works on the West Coast: They recently bought Jeremy Piven’s Malibu estate and are in the midst of a major renovation there. The couple is also in the market for a home in New York, as less than a year after buying a sleek apartment at 432 Park Ave., the duo listed it for sale for $17.5 million. Seems they’re perusing for something bigger. Maybe that’s what they have planned for L.A., too. 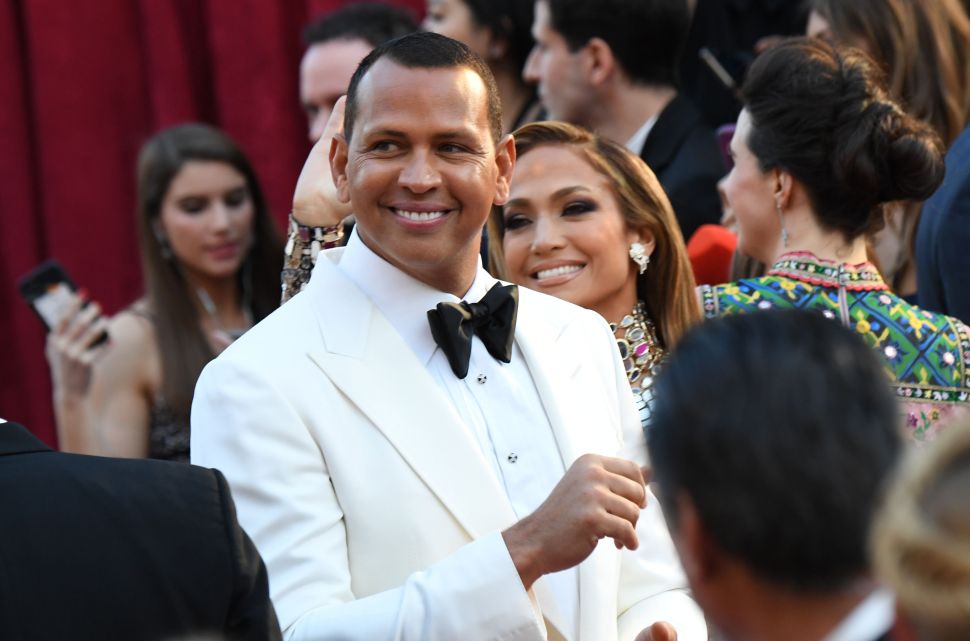