Congresswoman Alexandria Ocasio-Cortez (D-N.Y.) appeared at the South by Southwest festival to discuss how socialism can fit into a modern capitalist framework.

“We should not be haunted by the specter of being automated out of work,” said the freshman representative over the weekend. “We should be excited by that. But the reason we’re not excited by it is because we live in a society where if you don’t have a job, you are left to die. And that is, at its core, our problem.”

To offset job loss from automated labor, Ocasio-Cortez recommended “distributing wealth created by automation,” pointing to a policy proposal from Bill Gates which would tax companies using artificial intelligence in lieu of humans.

“What [Gates is] really talking about is taxing corporations,” explained the progressive lawmaker. “But it’s easier to say: ‘tax a robot.'”

Other core components of what Ocasio-Cortez describes as “Democratic Socialism or techno-futurism or like whatever it is” include higher tax brackets and a universal income—the latter of which is outlined in her Green New Deal package. According to the lawmaker, freeing Americans from labor has the potential to incite a scientific and cultural renaissance.

“We should be excited about automation, because what it could potentially mean is more time educating ourselves, more time creating art, more time investing and investigating in the sciences, more time focused on invention, more time going to space, more time enjoying the world that we live in,” continued Ocasio-Cortez. “Because not all creativity needs to be bonded by wage.” 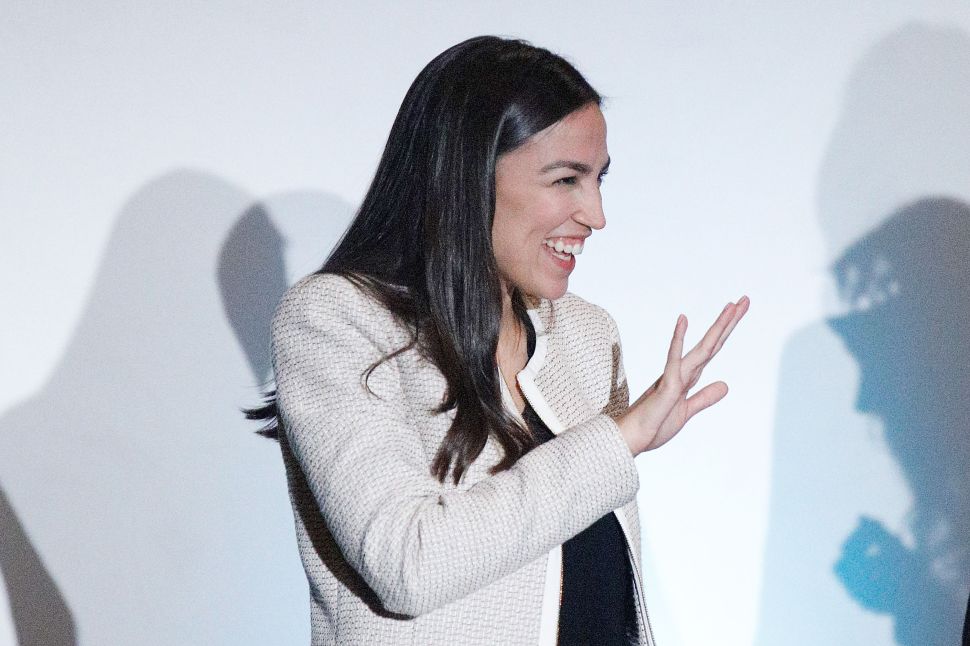