Brooklyn Decker and Andy Roddick have been trying to find a buyer for their customized Austin, Texas home for the past six months, and they’re making the 15.21-acre estate a bit more enticing.

The Grace and Frankie actress and her former tennis champion husband originally stuck a $5.95 million price tag on the 7,367-square-foot house, and they’ve been slowly lowering that in small increments. And now, they’re lowered the ask down to $5.5 million.

The couple has owned the home for at least a decade; they purchased it for an undisclosed amount and promptly embarked on a major renovation. Decker is a big home design/DIY enthusiast, and this was just one of the many projects she’s taken on over the years, but the attention to detail shows—double wood doors lead into the home, where there are reclaimed pine floors and wood beams imported from the Chicago Stock Exchange.

The couple likes to “make a home their own, live in it for a couple years and then sell it,” Kuper Sotheby’s International Realty broker Jonathan Creath, who has the listing, previously told Observer.

The eat-in kitchen is equipped with stainless steel appliances, wood accents and marble slab-topped countertops as well as backsplash, plus a big center island. It opens to a breakfast area, which is right in front of a stone-covered fireplace. There’s also a separate dining room.

Any overnight visitors have a true dream situation, as the current guest accommodation includes a massive bedroom with three closets, an office with a wood-burning fireplace and a bathroom with a walk-in shower and soaking tub.

The “owner’s hideaway” contains three bedrooms, a family (or game) room and an office.

Outside, there’s a pool and spa, in addition to a covered patio with both a fireplace and a fire pit as well as a summer kitchen. There’s no tennis court, but there’s definitely enough room on the sprawling grounds.

Roddick and Decker aren’t leaving Austin behind. The couple, who got married in the city in 2009, are just moving to a nearby home. 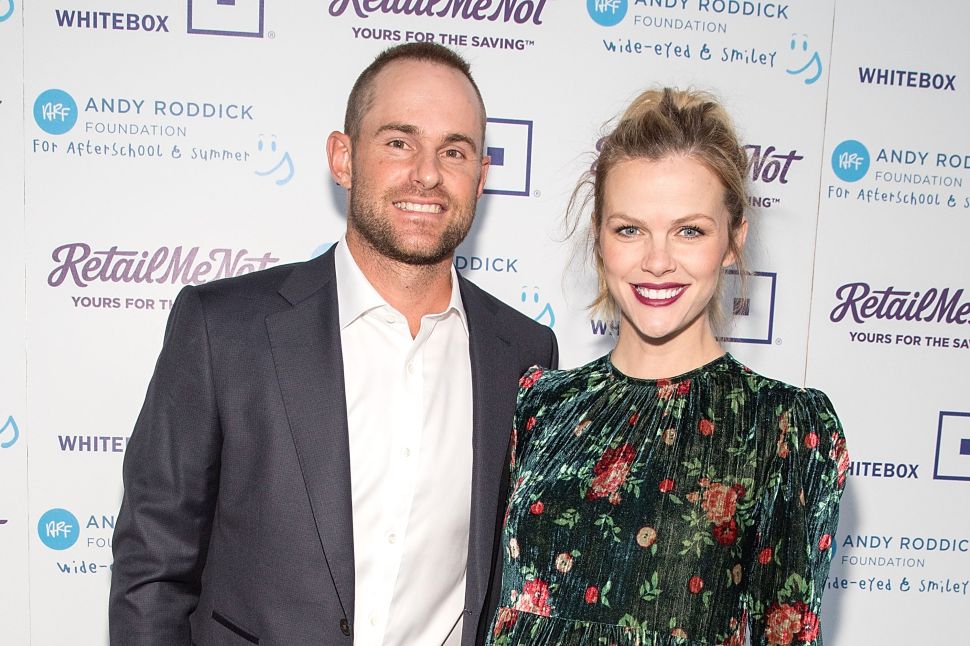