Apple will be holding a special event today, March 25, in which it is widely expected to finally introduce its long-awaited new streaming service. For all the Luddites out there, the tech giant will be entering the original content fray to do battle with the likes of Netflix, Amazon, Disney+ and the handful of other direct-to-consumer competitors popping up. While the actual service likely won’t be available until mid-April, today’s event should provide clarity on some long-gestating questions.

The event invitations were branded with the phrase “It’s show time,” per MacWorld, highlighting the entertainment angle consumers and industry observers have been so eagerly awaiting. In addition to Apple’s video service, the company is also expected to unveil an Apple News subscription service, Apple credit card and possibly a new version of the Apple TV. Here’s everything we know and want to know, plus all the info you need to tune in to the event later today.

Apple has kept the specific details of its streamer, such as its delivery method and pricing, frustratingly secretive since it first announced its original content plans. It is believed that Apple’s programming will ultimately be delivered via the company’s Apple TV, and while rumors swirl that some of its TV and film offerings may be free, nothing has been confirmed. Today’s event will need to address these basic questions to give consumers a tangible preview. More important, Apple CEO Tim Cook will need to provide some clarity as to the streamer’s long-term strategy.

As of this writing, Apple has more than 30 original projects—both in film and television—in some sort of development. The streaming branch, which is headed up by former Sony programming execs Jamie Erlicht and Zack Van Amburg, has been signing deals with leading creatives for splashy star-driven dramas, sci-fi spectacles, anthologies and more. The company has even signed a film deal with A24, which has had a consistent presence at the Oscars this past decade. On paper, it looks to be an exciting $1 billion investment for entertainment lovers.

However, the service’s library still pales in comparison to that of Netflix, Amazon and Disney in terms of volume. As such, it has been speculated that Apple will eventually look to acquire a media company (Sony and Lionsgate are two popular options) in order to beef up its catalog size. On that note, Apple has also been working hard to line up partnerships and reportedly just struck a deal with HBO at the last minute. There is some belief that Apple’s content could be offered for free as a way to hook consumers for paid subscriptions for third-party content providers such as HBO, Shometime, and more.

Will any others be announced today? There’s also been significant discussion about Apple’s rumored content approach as the service is reportedly eschewing any controversial material so as not to disrupt product sales. Following that, not even creators and stars seem to know just how their projects will be distributed. Will there be a Netflix-style binge dump of entire seasons? How about a Hulu-esque grouping in which the first few episodes are bundled together before transitioning to a weekly release? Addressing some of these concerns today would go a long way in assuaging consumer doubts.

Apple boasts the most resources of any entertainment conglomerate and has the power to disrupt Hollywood more than we’ve ever seen—it already boasts arguably the most globally present distribution platform in the world. But its programming is going to have to be top-notch to stand out in the crowded streaming wars. And if not, Apple seems to be willing to take the financial losses that accompany direct-to-consumer if it means driving more consumers to Apple products.

How to Live-Stream Apple’s Big Event

The proceedings, which are being held in San Francisco, are set to kick off at 1 p.m. ET/10 a.m. PT today. Per MacWorld, “You need to be running Safari on MacOS Sierra 10.12 or later, or Microsoft Edge on Windows 10 to rewatch the livestream.”

When it’s time to tune in, head over to the Apple Event Page. 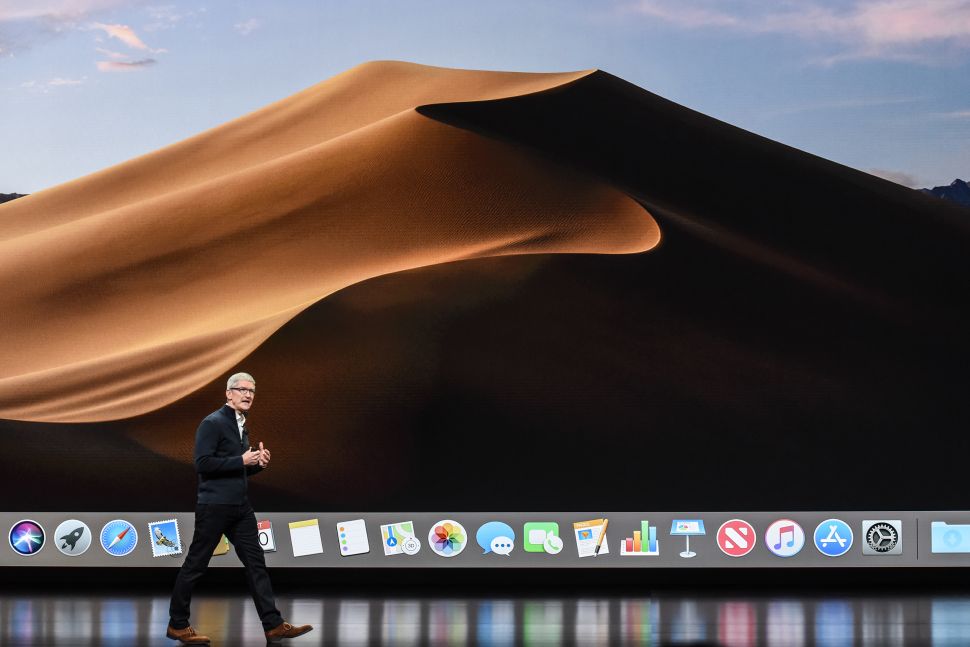