Apple announced this week that it will be holding a product announcement event on March 25. No, it’s not new iPhone time yet. Instead, Tim “Apple“ and company are expected to take the stage to unveil a TV-and-movie-streaming service—among other things.

Of course, the tight-lipped Apple rarely gives a clear heads-up on what it plans to show off at events like these. So, to get a good read on the full slate of services and gadgets we expect to see unveiled at the iCompany’s spring shindig, we weighed the different bits of chit-chat from the rumor mill and came up with some painstakingly meticulous probabilities for each.

During a company investor call earlier this year, Apple CEO Tim Cook essentially confirmed the months-long rumors that Apple has been building a Netflix competitor service to host Apple-original TV shows and movies. He even went as far as giving away that Oprah is going to be involved. Since then, a report from The Information has come out claiming that a “mid-April“ launch is expected, making a late-March public intro for the streaming service—at Apple’s March 25 event—a perfect fit.

Of course, adding to the certainty of the timing of all of this is the press invite for the event, which dons some “it’s show time” teaser copy. As BuzzFeed’s John Paczkowski points out, Apple used basically the same wink-wink language 13 years ago to invite the press to an event that ultimately wound up being the Apple TV product announcement.

Apple used the same tagline in 2006 for the event at which it previewed what would become Apple TV pic.twitter.com/8kq2bPymMa

The latest report from Bloomberg about the content on Apple’s video service indicates a lot of third-party titles will fill space at launch, with Apple allegedly racing to sign on different series and other programming from HBO, Showtime and Starz ahead of the March 25 unveiling. Apple has also been active in its shopping for the rights to various one-off documentaries and films.

In addition to new shows headed by Oprah Winfrey, Apple’s eventual original slate of programming is said to include a series from director M. Night Shyamalan, a children’s show from the creators of Sesame Street, and a drama about a morning show starring Reese Witherspoon and Jennifer Aniston.

There’s been almost as much buzz about Apple’s “Netflix for news” service as there has been for its actual Netflix competitor. The new subscription product was first rumored about early last year after Apple bought magazine subscription app Texture, with the idea being that you’ll be able to pay a single monthly fee to get to read articles from publications like The Wall Street Journal and Time magazine right from inside a new version of the Apple News app.

As for why we should expect the new Apple News on March 25, code sleuths have actually spotted traces of the new app hiding in the latest beta versions of iOS 12.2 and Mac’s Mojave 10.14.4. Bloomberg reports that the final versions of those software updates will officially launch at the event.

Which particular newspapers, magazine and online paywall sites will participate in the new paid Apple News service remains unclear. Recent reports claim that Apple’s insistence on halving subscription revenues with publications could keep some companies (notably The New York Times and Washington Post) away from agreeing to participate.

Rounding out Apple’s announcement of services on March 25 should be a new Apple Pay credit card, Bloomberg reports.

Backed by Goldman Sachs, the digital credit card will give Apple Payers two percent back on all purchases they make with it and even more back when they spend on Apple products, people familiar with the program told The Wall Street Journal.

Most importantly for Apple, transactions from its own credit card should mean larger payouts for the company compared to what it typically enjoys with swipes from third-party cards loaded into Apple Pay. This fintech play may not sound like a super fun announcement for Apple fans, but it certainly plays into the company’s plan to become less revenue-dependant on slowing gadget sales.

Though a rumor from last year had Apple in the process of developing a version of its Apple TV box that will come in stick form—akin to the kind that Amazon, Google and Roku make—zero buzz on that recently seems to point to it not arriving in time for the March 25 event.

What feels more possible to come from the stage, alongside the company’s new video streaming service announcement, is Apple talking up or adding to its recently struck partnerships with TV makers like Samsung, Vizio, LG and Sony. Since AirPlay is now onboard with plenty of new smart TVs from those brands, Apple will be sure to point out all the different ways you can stream its new video service. Going the extra mile, Apple could release an Apple Video (or whatever the service will be called) app for Samsung TVs, like it did with its iTunes app earlier this year.

Bottom line: Expect to hear something on ways that people without Apple TV boxes can watch all the stuff Apple just bought and produced for you to stream.

What would make for a great device to both watch some Apple video programming and read some Apple News? How about a new iPad?

Leaks have pointed to a new iPad mini coming from Apple soon, which would sport the same 7.9-inch screen and general design as the 2015 model but with more modern performance hardware under the hood.

There’s also an even newer report that has Apple working on an iPad with an all-new, 10.2-inch screen size that would replace the company’s budget 9.7-inch tablet.

Though March has often played host to Apple’s iPad refresh event, a BuzzFeed report says not to expect new iPads to debut on stage at the March 25 affair. That doesn’t mean, however, that a quiet press release to usher in some humble upgrades to the company’s tablet line before the month is out would be a totally unprecedented way to intro some new hardware.

The promise of new and improved AirPods that are offered in different colors, have the ability to read your heart rate and can be recharged wirelessly has been rumored for a while. And in recent weeks, more than one source has indicated that Apple could potentially introduce the AirPods 2 in March.

Yay, right? Probably not, since the near-final word on the matter would appear to be the BuzzFeed report foretelling the timing of Apple’s video streaming-service-centric announcement event, which indicates no hardware will be unveiled from the stage.

Still, there does seem to be some chance, according to one report, that Apple could soon begin selling its current AirPods with a new wireless-charging case. Whether that’s something that happens in coordination with Apple’s March 25 event or not, we’ll have to see. But that announcement certainly wouldn’t quench the thirst you might be having for a slick black pair of AirPods. 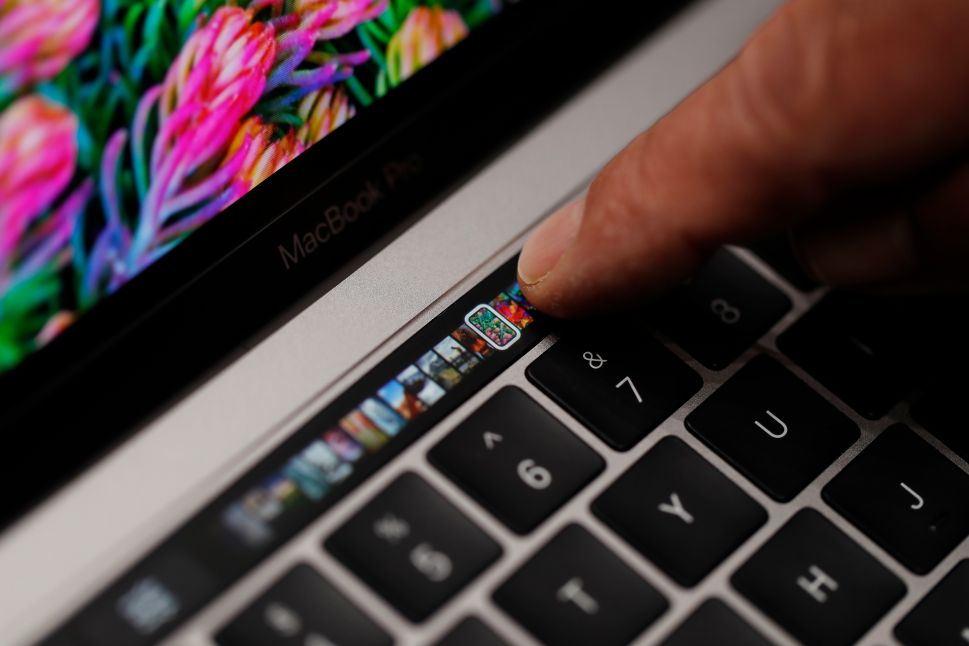