Every week, or at least most weeks, I get a new car to drive. This has been going on for seven years. It’s a perk of this gig that I don’t take for granted. Someday, perhaps today, the automotive well will run dry.

When I first started testing vehicles, I got a huge variety of models: coupes, sedans, sporty two-seater convertibles, trucks and the occasional supercar. Lately, though, the cars have all been big. Some of them have been positively mammoth. I wouldn’t be surprised if they dropped off a full-on motorcoach one Wednesday morning.

It just reflects what’s out there on the road.

For all the talk about the electric-car revolution, about the end of car ownership, and about the forthcoming autonomous-driving apocalypse, in my day-to-day life I encounter nothing but enormous cars, driven by people semi-incompetently. Life on the highway in Texas is a constant game of chicken. I say a little prayer of gratitude every time I make it home alive. And with the big cars I’ve been tooling around, I just add to the problem.

First, they brought me a 2019 Mercedes GLE. It was tremendously comfortable, basically six feet tall, and weighed nearly three tons. The car contained all the most up-to-date driver-assistance features, an in-cabin fragrance system and warm blue tube lighting that glowed pleasantly at night. Driving it around, I felt like the nanny for an almost-top-tier TV executive. It got something like negative nine miles to the gallon.

That went away, replaced by an Infiniti QX50. This car was a little smaller, but still quite enormous. The plan had just been to noodle it around the neighborhood over Christmas, but then my father passed away and we had to get to the family in a hurry. So we hauled that thing across the desert to Arizona, filling it up for gas seemingly every hour. My wife constantly complained that the hood curved in a way that caused blazing sunlight to reflect into the front seat. She had a point. Still, it was a decent ride, not even the closest to the biggest car on the road.

After that, we had a few weeks off to drive around our own crummy, rickety small cars. And then they brought me a BMW X4. Once upon a time, BMW made sedans that everyone envied, even while they hated the drivers. Now BMW spends a lot of capital making boxy, wasteful, semi-fast and very cozy-feeling monstrosities. I had a lot of fun rocketing that one around town, wasting all the energy.

Next up came another Infiniti, the QX60, bigger than the one we’d taken to Phoenix by a third, far more comfortable, and, paradoxically, easier to drive. Two rows of mid-tier luxury, a third row of sandwich seats, 22 MPG combined, a big stack of stereo and safety tech, and all sorts of other fun little crawdads would only set you back $66,000, if that’s where your heart led you. I liked it way better than the QX50.

But so what? Why are the manufacturers continuing to play the SUV endgame? I know they say that’s what consumers want, but it all just feels a bit like a tacky costume ball on the night the comet hits. After the QX60, I got another Mercedes GLE, this time the 2020 edition. It had evolved slightly, and was perfectly nice, but it still felt like an oversized car with too much tech that will, one day, be looked upon as a sort of shameful relic of the past.

I was almost relieved when the Volkswagen Jetta showed up the other week. It may be a mediocre and unpopular car in the states, but at least it was human-scaled and got 37 MPG combined. Still, not enough.

Then the other week I got a postcard in the mail advertising a demonstration of the new Audi E-tron, a new all-electric SUV, at the dealership down the road. I went over there, looking every not-inch the prospective buyer in my Dodgers sweatshirt and torn jeans, and mooched some cheese off the snack table.

I listened in as the dealers gave their snappy patter to the actual customers. The E-tron, which weighs 6,000 pounds, will get somewhere between 150 and 200 miles per charge. The first production models will appear in April, and it’s just one of several electric Audis that will be on sale by 2021. Porsche is introducing its all-electric Taycan later this year. Volkswagen has 14 electric models in the works. Even Bentley is doing an electric car. The VW group (of which Audi, Bentley and Porsche are a part) are paying penance from their TDI scandal and have evidently decided to change everything.

As part of the settlement from that scandal, Audi must build a nationwide network of chargers to rival Tesla’s. Every Wal-Mart and Walgreens is going to install an electric charger as well. Audi is partnering with Amazon to install 240-volt chargers in the garages of customers for a few hundred bucks. And there will be tens of thousands of dollars in state and federal rebates, which buyers will need. The E-tron will cost at least $80,000.

While that seems like a fortune to me, people out there can afford that kind of outlay for an electric car. One of the prospective buyers sat in the front seat of the E-tron and asked the salesman when the car would be ready to test drive.

“You can drive it when yours comes in,” the salesman said.

“They told me it’ll be ready in September,” said the customer. “I have to wait until then?”

“If you don’t like it, you don’t have to buy it. I have a waiting list 10 feet long for these things.”

Audi, said the admittedly unreliable salesman, can’t make the E-tron fast enough. They’ve already presold 35 at one small dealership in North Austin. When it comes to electrics, there’s pent-up demand. I sat next to another guy in the backseat who already owns a Tesla Model 3. He said he’s looking for an electric SUV to replace his gas-guzzling Acura RDX.

“It’s either going to be this or something else electric,” he said to me. “I’m never going back to an internal combustion engine.”

Cars will be plus-sized for years to come. Maybe forever. But the era of the gas-guzzling SUV will end. I saw it at the Audi dealership. Already, the top-tier customers have started to bail on the kinds of cars that have so generously been appearing on my doorstep. Once you go electric, you never go back. The mammals are eating the dinosaur eggs. It’s over.

As I left the Audi dealer, full of customers who were super-excited about a coming car purchase for the first time in years, that famous quote from The Sixth Sense came to mind.

They don’t see each other.

And they don’t know they’re dead. 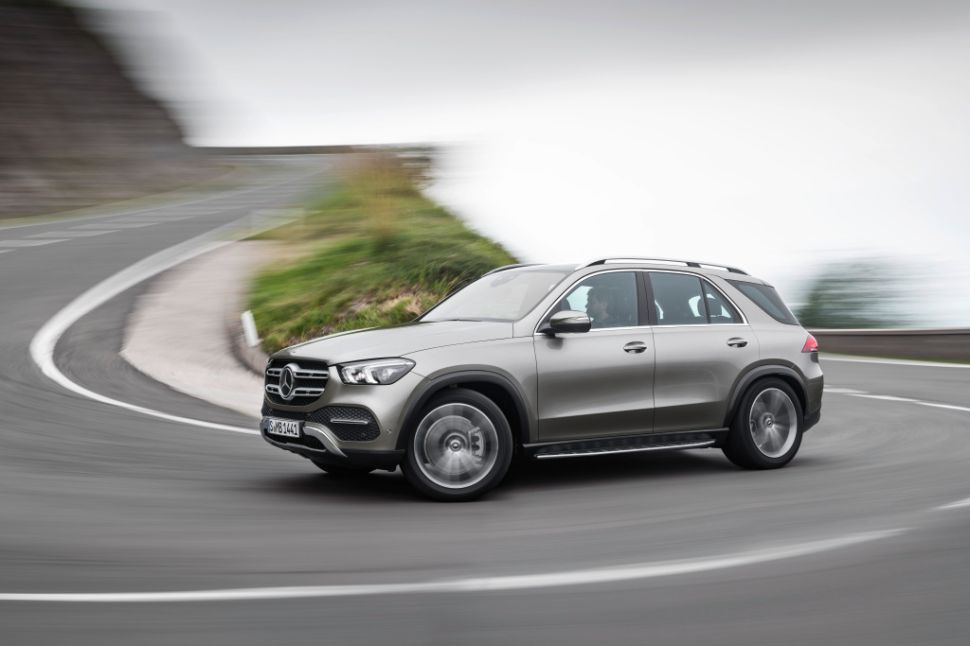