Ben Affleck has been through a lot lately, and he’s one of those actors whose life experiences are made manifest in their physicality, facial expressions and—in his particular case—body art.

Before the previous sentence is misinterpreted as rude, let’s be clear: It’s not that Ben Affleck necessarily looks bad; in fact, quite the opposite is true. On Wednesday, the star looked rested and healthy for his appearance on The Ellen Show, where he kicked things off by talking about his nonprofit Eastern Congo Initiative, which works with Congolese leaders and community-based organizations to improve the region in terms of health, welfare and combatting gender-based violence. He also rapped in a video for a fan to help raise money for the Ellen DeGeneres Fund, which focuses on the protection of endangered species, and talked about how much he enjoyed coaching his son’s Little League team.

It’s wholesome stuff, and definitely necessary programming for the Affleck Narrative, which has been at the center of tabloid turbulence in recent years due to the Boston native’s struggles with alcohol addiction. Last summer, he spent more than a month in a Malibu rehabilitation facility as part of his treatment.

“I mean, some people are sort of uncomfortable, but it doesn’t really bother me to talk about alcoholism,” Affleck said on the Today show in early March. “It doesn’t have to subsume my whole identity and be everything, but it is something that you have to work at. I feel like I had a problem, I really wanted to address it and I take some pride in that.”

Ellen later pivoted to asking Affleck about his personal life, and mercifully homed in on his hilarious tattoo, which is big enough to cover his entire back and which takes the form of a luridly colorful phoenix. If you haven’t heard of it, it’s a thing.

“A photo of your back tattoo got a lot of attention,” DeGeneres quipped.

“It did—not so much positive,” Affleck replied. “It’s a phoenix—”

“—Rising from your ass,” DeGeneres finished for him.

“We didn’t plan that bit,” Affleck said. “That’s what you get when you’re a comedian—very quick.”

He continued, “It is a phoenix rising from my ass, and I was about to say it represents something really important to me, but maybe we’ll just skip that. It’s meaningful to me. I like it. It’s not something that I’ve sort of kept private… We didn’t know the paparazzi was there, so they got a picture of my tattoo and yeah, the sentiment ran, you know, against.

He concluded: “I love my tattoo, I’m very happy with it, and luckily I’m the one who has it.”

Loving and accepting your weird tattoos is a great way to live, but as always, the best and last word on the inked phoenix belongs to Affleck’s ex-wife, Jennifer Garner. “You know what we would say in my hometown about that? ‘Bless his heart,'” she told Vanity Fair in 2016. “A phoenix rising from the ashes. Am I the ashes in this scenario? I take umbrage. I refuse to be the ashes.” 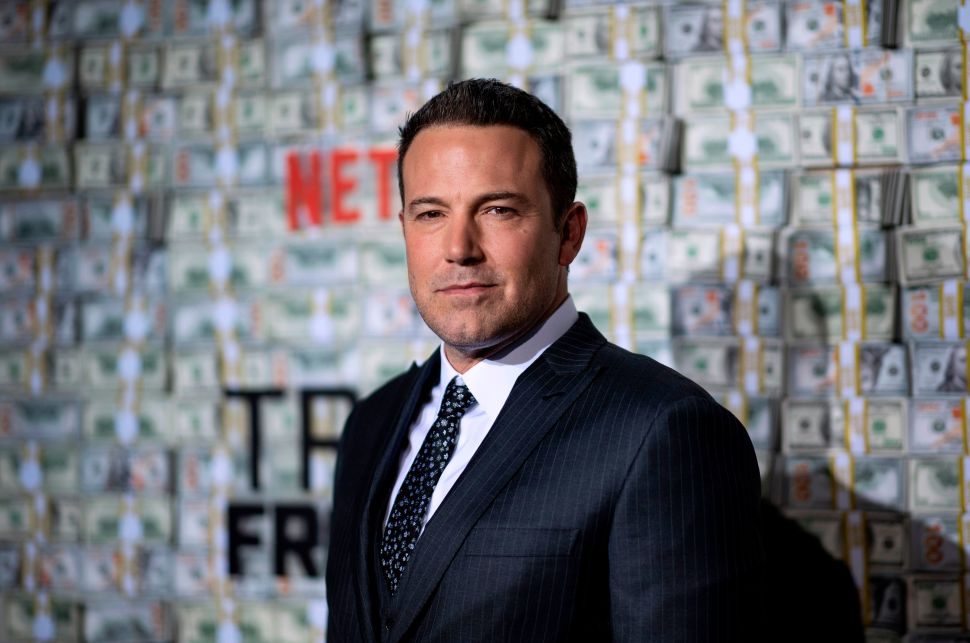