“Israel at its core is there to shelter an oppressed people. That is why I am here to make a simple, clear, progressive case for the state of Israel,” said the Democrat on Monday.

“I know that anti-Semitism is dangerous, and I know it leads to violence. And that reinforces my commitment to the state of Israel. Because the people cannot be safe without the security of Israel,” continued New York City’s mayor. “Progressives fight oppression. Progressives shelter those in danger.”

Repeatedly referring to himself as a progressive Democrat, De Blasio also came out against the Boycott, Divestments and Sanctions (BDS) boycotts which aim to end international support for Israel.

“We must confront the threat to progress that is BDS,” said De Blasio, noting the boycotts affront “the very notion of Israel as a guaranteed refuge” for Jewish asylum-seekers.

While the mayor received a lukewarm reception when taking the stage at AIPAC, his speech received a standing ovation from the crowd. 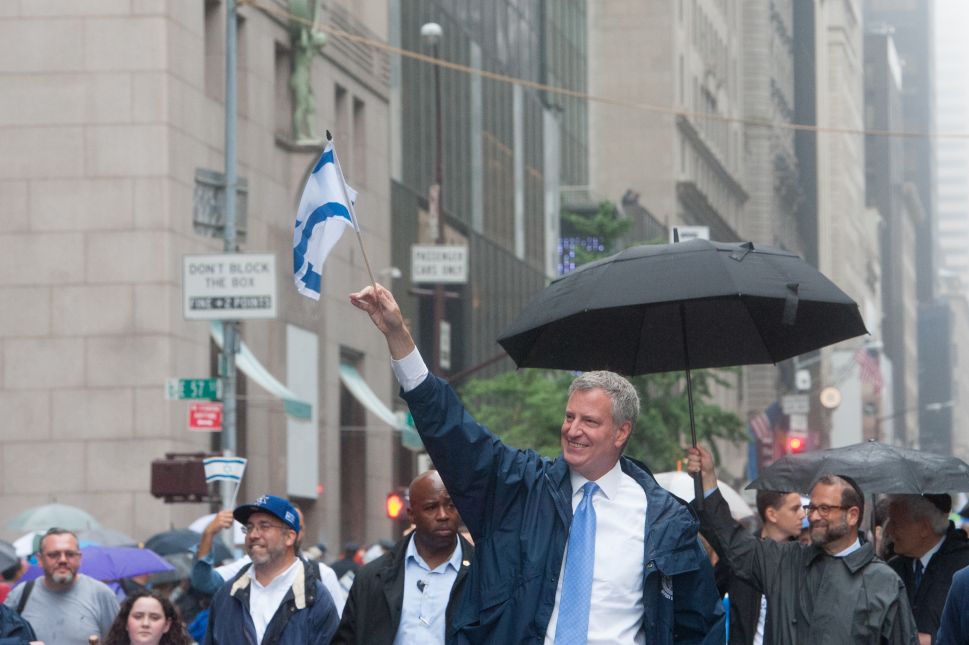