It’s every journalist’s dream to score a sit-down interview with great-minded people like Bill Gates. But in a time when just about anyone can be a content publisher on the internet, some of the savviest social media players have apparently outpaced journalists by traditional definition in courting A-list celebrities for one-on-one conversations.

One of these rising stars is Marques Brownlee, best known by his YouTube show name “MKBHD,” who recently nailed an interview with Bill Gates and got the tech mogul-turned-philanthropist to speak on a range of topics outside his regular talking points.

So naturally, he was curious about what the retired Microsoft founder thought of Tesla and the environmental impact of electric vehicles in general, which is also an area of focus for The Bill and Melinda Gates Foundation.

The answer? While Gates admires Tesla as an innovative product and Musk’s ambition to “accelerate the world’s transition to sustainable energy,” he cautioned that there’s still a long way ahead for Tesla, as well as for the entire transportation sector, to accomplish that environmental goal.

“Tesla is an amazing product. It’s catching on, but it’s still a pretty small percentage of the [electric vehicles] market,” Gates said, adding that the gradual phase-out of the $7,500 federal tax credit on electric vehicles has made Tesla cars even less accessible to regular customers.

“A ton of other manufacturers are going to come in, not only because of the California Zero-Emission Vehicle (ZEV regulation), but also because people see these trends,” Gates continued. “There will be a lot of great electric cars to choose from. And then, for transportation, it’s not just automobiles; we’ve got trucks, trains, boats, planes. Solving the entire transportation sector isn’t going to be easy. It’s a wide range of innovations that we are going to need.”

The California ZEV is a state regulation that requires automobile makers to offer specific numbers of zero-emission cars (such as battery-electric, hydrogen fuel cell and plug-in hybrid-electric vehicles), depending on their annual sales volume, as part of a broad government effort to reduce greenhouse gas emissions in the long term.

In the meantime, another problem electric carmakers need to address is the pollution from making batteries, Gates noted. “Electric cars are still an emitter because of the indirect emission from the electricity uses. So, only in the places where you get the electric cars to be high percentage (of total vehicles sold) and the electricity sources to be zero-emission, you’ve really got [the emission in] the passenger car sector to zero.” 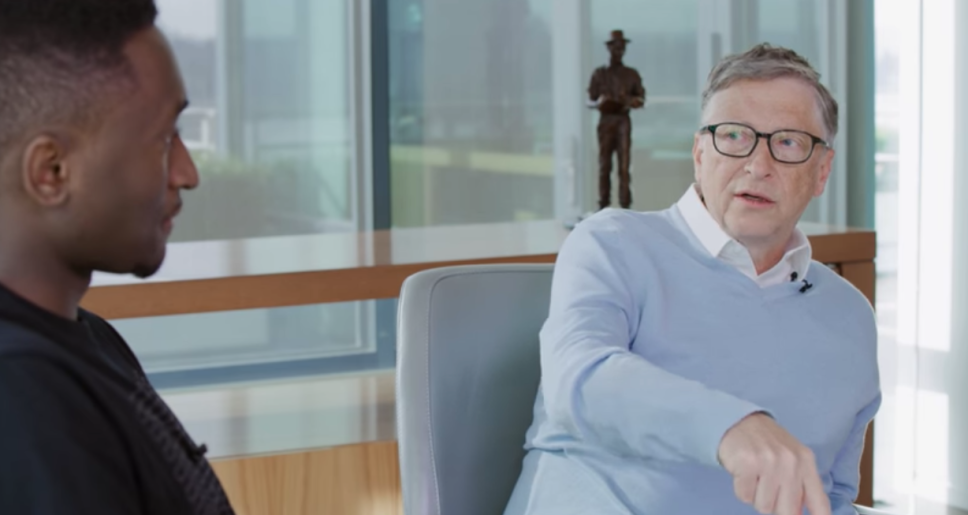