If you have followed the developments of blockchain over the past 12 months or so, it’s not news that blockchain is more than just the wild price charts of Bitcoin. And whether you truly understand it or not, blockchain is bound to change many aspects of economy and businesses, from finance and real estate to journalism and arts. Or so we have been told.

But unlike the craze surrounding cryptocurrencies, the application of blockchain in most industries is still at a very nascent stage. In art, for example, where entrepreneurs are eager to make innovations happen, we have heard exciting use cases of blockchain being the potential avenue to make art more accessible to the masses and the business of it more fairly rewarding to artists.

But how exactly will it work? On this topic, we consulted Frédéric Laffy, a Paris-based art entrepreneur whose gallery is currently building a blockchain-powered trading platform to accomplish just that. Laffy’s project, named Danae HI (stands for Danae Human Intelligence), aims to facilitate fast, secure and—the best of all—value-generating transactions of artworks in the era of digital art.

I understand that Danae HI is still under construction. On your company website, the platform is described as to “tokenize artworks for trade and valuation.” How will that work?

I’ll give you an example of the path of an artwork: When Danae HI and an artist decide to work together, the artist entrusts one artwork to us, to which we will attribute a value based on the artist’s rating on the market. Then, this value is divided into a fixed number of parts via a blockchain protocol in the form of tokens. These tokens represent the value of the artwork. And once they are traded on our exchange (which is under construction now), the artist earns a royalty as the first token owner and passes the ownership to the buyer. After that, when the token changes hand again, the first buyer earns a royalty and a new edition of the artwork is created.

In the meantime, the artist receives a commission every time a new edition of his artwork is created, meaning that a new person buys the token.

This way, the valuation of an artwork—or that of its tokens—is based on two criteria: a traditional criterion based on who collect the work, which museums exhibit it and what critics say about it, and an objective criterion, which is the yield from the sale of editions.

What problems can a platform like this solve for the art market of today?

The art market is facing two contradictory demands. On one hand, there is a view of art as an investment. In this case, the criterion is rarity (in addition to the quality of the work, obviously). On the other hand, there is a growing craze for high-quality art from the masses. The number of art lovers is growing rapidly, but their purchasing power remains in the range of a few hundred or a few thousand dollars.

The current business model in the art market is unable to solve this contradiction, because an artwork is either unique and expensive or multipliable (such as digital art) but will never be the object of investment.

By concentrating scarcity on the limited number of tokens while allowing unlimited editions, the model of Danae HI is the only one to respond to these heterogeneous demands.

In addition, it introduces royalties, which doesn’t exist in the art market right now.

Aside from these contradictory demands in the art market right now, where do you see your venture stand in the grander picture of art? How is that going to impact the creation of art, for example?

The whole Danae model is conceived to digital art and its particular nature. I think digital art is the greatest contemporary artistic adventure, and its main characteristic is to have no original, because not only can the work be reproduced indefinitely without any loss of quality, but it can also exist in different ways: print, video, installation, AR, VR, etc. The challenge is to redefine artwork according to this unique nature. And the answer lies in the history of art.

Since the Renaissance, artists have been fighting to be recognized as intellectuals, from Leonardo da Vinci’s “cosa mentale” (painting is a mental thing) to Marcel Duchamp, whose great revolution was to consider an object as artistic not for its intrinsic qualities but according to the will of the viewer.

In the 1960s, Sol LeWitt continued this controversy with his Wall drawings, distinguishing between the intellectual part of the artwork from its materiality. Thus, the original of a wall drawing is a simple piece of paper on which the artwork is described. When one sees a wall drawing, one actually sees only the material incarnation of the artwork.

Danae HI aims to continues this controversy on the definition of the artwork by adding to it the evolutions of the market and the new technologies.

According to your gallery website, the ultimate goal of Danae HI is “to democratize access to both art investment and ownership of printed digital creations.” Why is it important for art to be democratized in today’s society?

The entire 20th century was centered around a discussion of how to bring art to as many people as possible. But two realities made democratization impossible: the rarity of artworks, like I mentioned before, and the material impossibility of duplicating works, starting with paintings.

But today, thanks to digital art, we have the opportunity to make art truly democratic, which meets both a real economic demand and a moral goal if we believe in the importance of art in life.

I do not believe that art civilizes. History has repeatedly shown that we remain savages at the first opportunity. Nevertheless, art can bring a poetic and metaphysical depth through beauty. This need has existed since Cro-Magnon and Rock Art.

I want to clarify one point. Some people will tell you that the aura of an artwork is due to its rarity. Here’s my argument against it: The image in history that has benefited from the strongest aura is undoubtedly the Christ on the cross. How many crucifixes are there on earth? In another register, does a piece of music provide less emotions if it is listened to by a large number of people? Not to mention Instagram.

That sounds exciting. Going back to the blockchain part, without getting too technical, how would you explain the mechanics of Danae HI’s underlying platform to an average news reader?

Blockchain is a tool to make our proposed business model possible. Its ultimate meaning to artists and buyers is to bring them security and transparency.

In our case, blockchain first allows the creation of digital assets: the artwork tokens. This means that, unlike sending a traditional file which I can keep a copy of, when I transfer a token to someone, the token is no longer in my possession—there is no copy. It’s exactly like me giving someone a physical object in real life. This is why each artwork has a fixed and unforgeable number of tokens that represent its value.

Also, thanks to a blockchain-based smart contract, transactions of these tokens are secured by a decentralized and automated system, eliminating the possibility of forgery and deletion.

And lastly, blockchain enables cross-boarder transactions with the token as a universal “currency,” which is pegged to the dollar. You might have heard about JPM Coin created by JPMorgan. It’s a very similar thing. 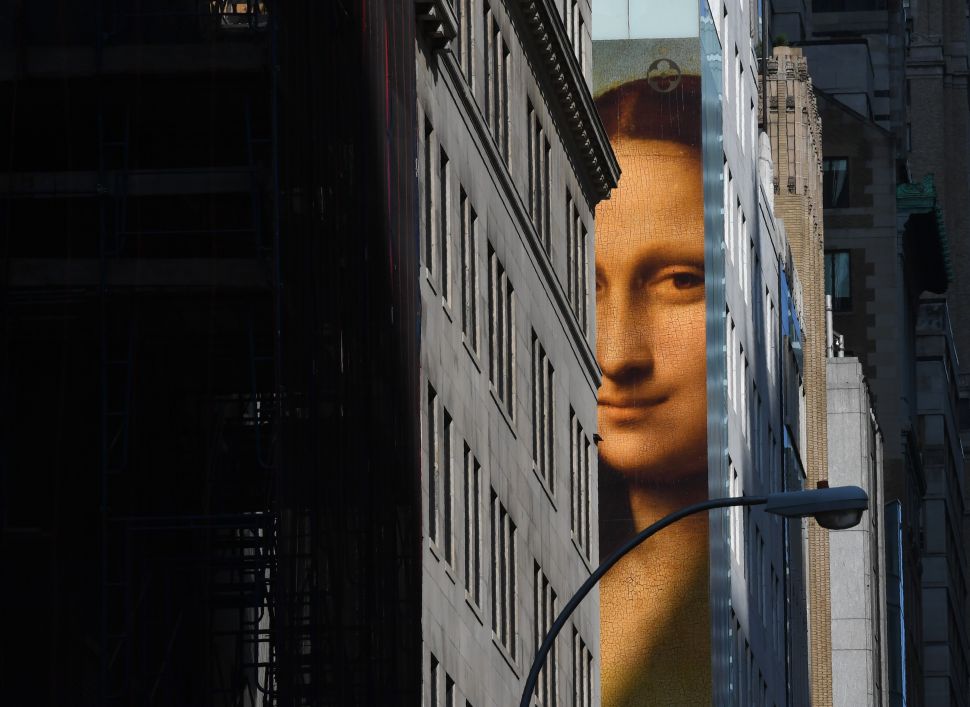